The Producers: Behind the scenes at the B.A.R. 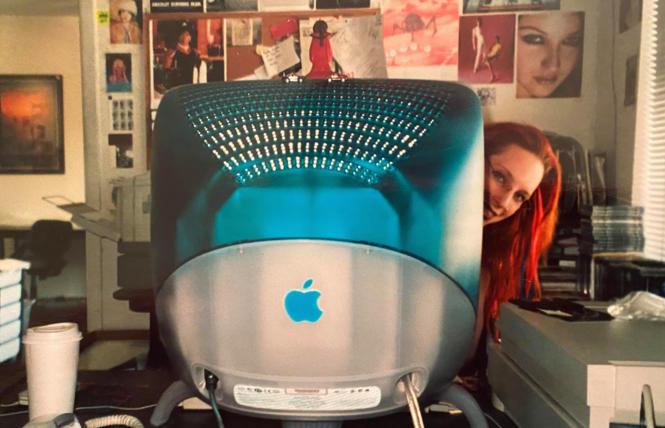 Adriana Roberts peeks out from a Mac at the B.A.R. offices, circa 2000.

Some of the Bay Area Reporter's production designers were, and are, not only accomplished computer whizzes, but also artists and nightlife stars, like DJ and musician Adriana Roberts, who, with Scott King, share a bit of the backstage scoop from recent B.A.R. history.

Adriana Roberts worked at the B.A.R. from June 1995 to January 2008. She shared how she contributed the paper's current tagline/motto, "and changed it sneaky-style!" The computer wizard, who could lay out an entire issue in a matter of hours, and is also a worldwide phenom of mash-up DJing, and a Burning Man celeb (and creator of the event's daily newspaper, BRC Weekly for 11 years) tells the tale.

"The re-design of the paper launched on April 4, 1996, and I added the tagline: 'Serving the Lesbian & Gay Community for over 25 years,'" wrote Roberts. "This was the 25th anniversary of the B.A.R. The very next week, Bob Ross saw the new tagline, had a mini-conniption fit, and made me change the order of the tagline from 'Lesbian & Gay' to 'Gay & Lesbian' because of course he did, bless his old-school heart.

"Four years later, after being annoyed that every first week of April I would have to remember to change the tagline to accurately reflect the number of years since its founding ('for over XX years'). I decided to change it to 'since 1971.' And at the same time, starting with the April 6, 2000 issue, I also changed it to 'Serving the gay, lesbian, bisexual, transgender communities since 1971.' 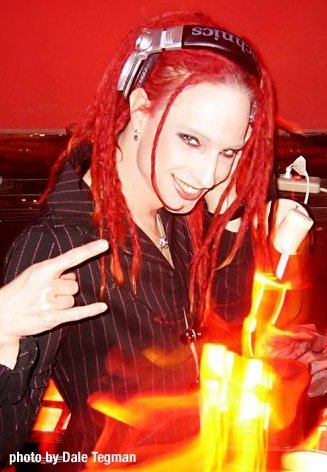 "Nobody noticed and nobody said anything. Whew! For me personally, as someone both bi and trans, it was a little feather in my cap for more broad queer inclusion. I'm glad that little thing stuck around, and has since been modified to 'LGBTQ' in the current version of the tagline."

Roberts and I also reminisced about how the back production space became a prop room for performers at The Stud next door, such as "a giant foam core UFO, covered with tin foil and stick-on lights!" Roberts recalled. "I also had giant foam core props of a bottle of whiskey, a giant pot leaf, etc., for Substance Abuse Night at Trannyshack, which I also co-hosted." 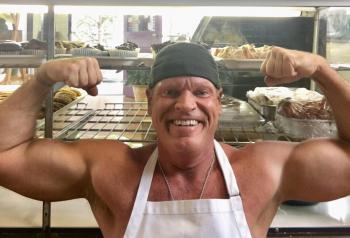 "Like my predecessor, I left several times but the siren song of that paper kept me coming back," King wrote in an email. "I eventually left for good in 2013. In my tenure I watched as media completely changed. The once overcrowded 16-page personal section was replaced by online dating and online escort services.

"I used to lay out the personal sections with the escort ads. I knew many of the escorts, from them having to come in to the B.A.R. office and drop off their ads and pay for them. I would often find excuses to be in the front office during the deadline for them to drop them off so I could see them. And, from that, I got to date a few porn personalities. Again, I'm shallow. But all while Working at the Bay Area Reporter, I maintained a bartending job at night, and baked on the side. Now I am a full-time baker and cake decorator in Malibu, California. And yes, I still maintain friendships with many of the escorts."