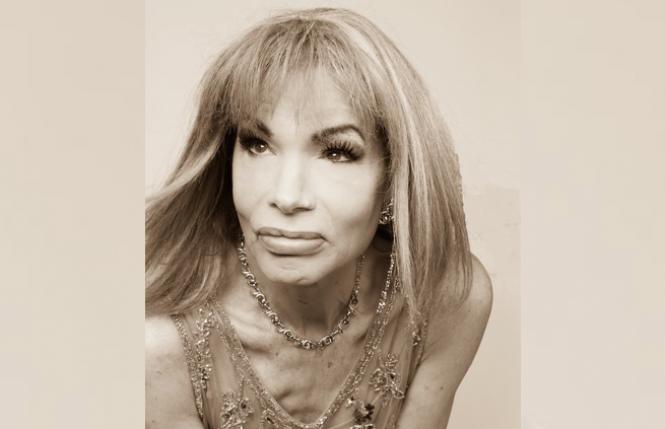 Bambi Lake was a performer who sprung out of the Cockettes, the radical, gay, hippie performance troupe, and the Angels of Light, the free-theater child of the Cockettes. She was a San Francisco-of-yesterday fixture who persevered into the new millennium and established herself as an actress, street-level poet, and chanteuse.

After a brief hospitalization at Zuckerberg Hospital, she peacefully passed away at a Pacifica hospice on November 4, 2020. She was 70 years old. The cause was cancer, her piano accompanist and longtime friend, Birdie Bob Watt, said.

When reflecting on her passing, Henry Rollins from the band Black Flag said, "Bambi Lake was a true sweetheart and an absolute rebel. She lived in love and courage."

Bambi was born in Palo Alto, California, on October 20, 1950. She was the fourth of eight children. Her father, John Purcell, worked in construction, and her mother, Francis Lorraine Mulcahy, was a secretary. She attended Sequoia High School in Redwood City. From an early age, she knew she was destined to perform and often said that she survived high school by plunging herself into the never-ending whirl of local theater. 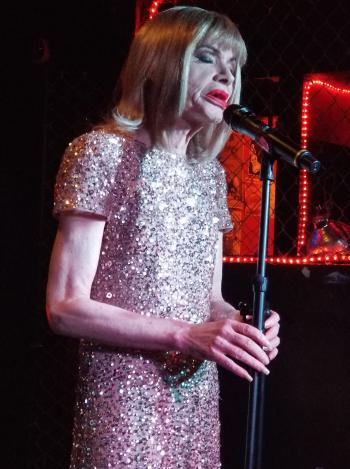 The first play she acted in was Brigadoon at Sequoia High School. In 1965, her childhood friend and future choreographer, Tony Ortega, helped get her cast in the original Broadway production of Oliver. Even though she only performed in the chorus, Oliver planted seeds of what her life was to become.

After studying theater at Cañada Junior College, in 1970, she met future Cockette piano player Peter Mintun, who picked her up hitchhiking. He told her about a new merry band of hippies, and the next thing she knew, she was at a Cockette rehearsal. The Cockette's founder, Hibiscus, took her under his wing, and together they became Angels of Light.

Bambi's first play with the Angels of Light was Whatever Happened to Baby Jesus?, a combination of the Biblical nativity story and 'The Little Match Girl.' She sang Ariel's Song from The Tempest, and Good Times magazine ran a photo of her. She went on to be the leading lady whenever Hibiscus asked her to be in his next play.

In her 1996 book, The Unsinkable Bambi Lake, co-written with Alvin Orloff, she wrote, "A pattern was starting. I was the melancholy note in the sea of giddiness." When she sang "Kiss Me" from the Marilyn Monroe movie Niagara, she realized that some singers are better at singing sad songs.

Later that year, she returned to Europe and made Berlin her home. At this time, Bambi (born John Purcell) started taking hormones and, before she knew it, became who she always knew she was. She returned to San Francisco in 1978 and threw herself into San Francisco's fledgling punk scene. She sang with the all-female band VS and went on to tour Europe with The Stranglers. Upon her return, she realized that she was too sensitive to be a punk rocker. She went back to her roots and continued acting. 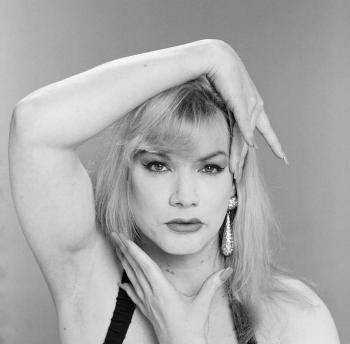 In the 1980s, she began writing poetry and putting her words to music. Her best-known song, the autobiographical "The Golden Age of Hustlers," is performed all over the world. In it, she laments, "It's hard to find someone you can trust amidst the rhinestone and the rust."

Despite being down and out, she sang sad songs on stages of all sizes all over San Francisco for more than 50 years and released her debut album, My Glamourous Life as a Broadway Hostess, in 2005. In a 2017 interview, she said her greatest talent was "making people cry." Her voice was fierce and filled with enchanting melancholy.

After a brief hiatus, she launched a comeback in 2016 following her documentary, Sticks and Stones, directed by Silas Howard. Her last public performance was as part of the cast of the Dan Karkoska-produced Cockettes Are Golden: A 50th Anniversary Celebration, Jan. 4, 2020 at the Victoria Theatre.

It was a fitting end to a chanteuse who bared it all, wore her heart on her sleeve, inspired many, and always left audiences wanting more.

August Bernadicou is the creator of The LGBTQ History Project.
Read his lengthy interview with Bambi Lake at ww.augustnation.com