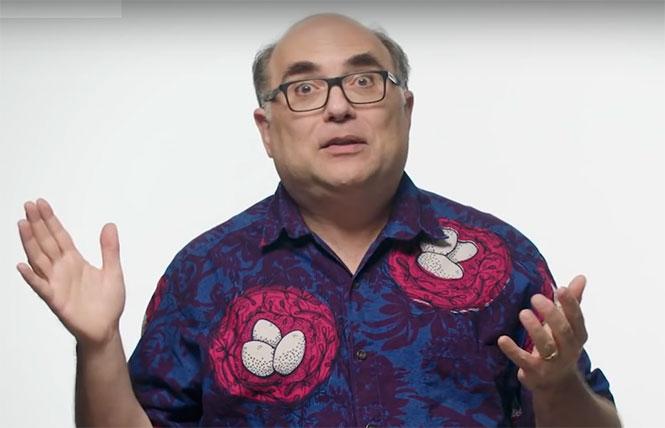 When Bay Area theater companies first began experimenting with video streaming and audio-only productions this past spring, "attending" these shows felt at once noble and disheartening. Such productions provided a way to signal alliance with an arts community under duress, but —let's be honest— they were, and remain, wan substitutes for in-person live theater.

Mind, Overt Matters
One of the few previously announced productions that seemed like it might comfortably make the shift from stage to small screen was Shotgun Players' presentation of Bay Area monologist Josh Kornbluth's latest show, Citizen Brain, now being streamed live Fridays through Sundays. Kornbluth's modus operandi —autobiographical storytelling, presented conversationally with little in the way of props or scenery— struck me as especially well-suited to Zoom (or YouTube Live, Shotgun's video platform of choice for this production).

As it turns out, the most enjoyable way to experience this world premiere production of Citizen Brain, directed by Casey Stangl, is to shut your video off altogether and take the show in as an audio program. The visual presentation, simple as it is, actually distracts from the content: Kornbluth sits very close to the camera for the show's entire 90 minutes; if you're watching via desktop monitor, his moon face and caterpillar brows loom uncomfortably large. He's looking in your direction, but unlike on stage —or even in a real conference call— there's no connective, empathetic eye contact. It feels like gazing at an aquarium that holds a single face-shaped fish, living its own life on the other side of the glass.

Ironically, empathetic connection is the ultimate theme of Citizen Brain, which grew out of Kornbluth's artist fellowship at the San Francisco-based Global Brain Health Institute. The shambolic script wanders from neurochemistry, to family drama, to Trump-era politics, eventually trying to tie it all together in a hopeful kumbaya ribbon.

For a show with roots in hard science, Citizen Brain is too soft and squidgy. That said, Kornbluth remains a reliable source of keenly observed anecdotes and Borscht Belt asides and Citizen Brain offers a fair share of both. At the accessible ticket prices being offered by Shotgun, this production is worth hearing. But do yourself a favor and see it only in your mind's eye. 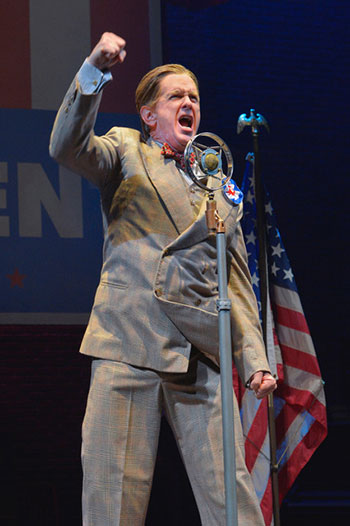 The Happening
Audio-only is the intended format for It Can't Happen Here, the Berkeley Rep's re-adaptation of the 1935 Sinclair Lewis novel it first presented as a stage production back in 2016. With its eerily prescient take on an elected American demagogue, the streaming production —neatly shaped into four approximately half-hour segments— provides a valuable reminder that our so-called "unprecedented" political trainwreck is, in fact, not at all unprecedented.

While, true to Lewis' original, the broad-stroke politics lack a bit of nuance, the terrific sound design by Paul James Prendergast has all the fine-grained detail you could wish for. The cast of sixteen —playing an even larger number of characters— brings distinctive vocal signatures to their parts and their voices, along with sound effects and musical elements are arranged in rich three-dimensionality.

Dream On
Over at the Marin Theater Company, Zoom has been put to impressively creative use in
American Dreams, a co-production with New York's Working Theater. Leveraging the technology's interactivity, this satirical game show, in which foreign contestants vie to win a green card, includes both on-camera participation by selected audience members and several live polls of the entire audience, the results of which determine which of multiple endings of the script will play out in each live performance.

While Leila Buck's script could use a little more bite and a bit less broadness, director Tamilla Woodard, video designer Katherine Freer and the virtual design firm VIDco impressively weave together the work of five actors, each in different locations. Live-streaming presentations of American Dreams are viewable and interactive November 10-15.