by article and photos: Jim Provenzano 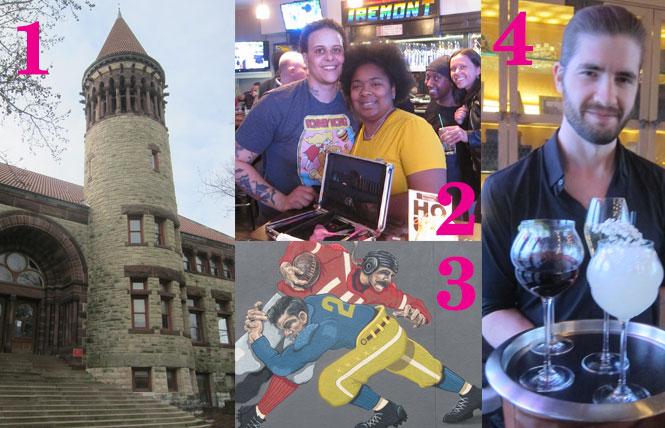 March 2020 seems like ages ago, and so much has changed since I joined a press trip to Columbus' Short North District with other journalists. But I also had a nostalgic motive; having been raised in a town further north and attended Ohio State University decades ago, I wanted to witness the changes, and there were many, including some surprising new restaurants, shops, an expanded queer community, and a stunning art exhibition rich in LGBT history.

And yet, even upon my arrival with other journalists, the beginnings of the pandemic were clear. Some people in airports and on planes had begun to wear facemasks. Handshakes were dismissed for awkward elbow bumps or mere waves or nods of greeting. Our hosts and guides made daily changes to our itinerary as one after another business closed its doors.

Our host hotel, the Moxy, definitely falls into the 'faux-boutique' category, which is not a compliment, as it's owned by a hotel chain but tries to be trendy. While the black-piping bathroom was cute, the odd metal shelves left water in a muddy pool. Instead of bureaus or drawers, guests are expected to hang their clothes on a series of wooden sticks poking out of a wall. The room was tiny, the bed comfortable. But despite the thick windows, a nearby nightclub's open patio kept audible music pumping until past 2A.M. (808 N. High St. www.marriott.com)

Combined with the noisy lobby bar, whose hip music was also piped into every floors lobby, each night demanded earplugs. If you're up for an all-night party, Moxy is for you. If not, choose a more standard hotel, like downtown's Hyatt Regency, Renaissance Columbus or the Crowne Plaza. For a Short North alternative, fellow alumni will enjoy the Graduate Hotel, a former senior home renovated with all necessities and plenty of scarlet and grey OSU memorabilia. (750 N. High St. www.graduatehotels.com)

Why, oh why Ohio?
Before our first group event, I took a Lyft north to the Ohio State University campus, and endured an unsolicited rightwing rant from my driver; too bad one can't pre-select one's drivers by political bent; now that's an app I'd pay for.

Being Spring Break (just before in-person classes would be cancelled), the campus was nearly empty of people, but passing lecture halls of my youth brought back fond memories. One of my Dance Department studios in the lovely Gothic Pomerene Hall has been converted to a computer lab.

But the massive multi-block construction has changed the off-campus neighborhood to the point of being unrecognizable. Two of my former run-down apartments had been completely demolished (cue Pretenders' "My City Was Gone").

Other changes proved better, specifically the charming Short North district, set a few dozen blocks south of the OSU campus and north of downtown. Shops, restaurants and nightlife would prove to be thriving, despite the oncoming pandemic.

Among those were the intimate Prologue Bookshop, which hosted my sparsely attended reading and signing of my Ohio-set sixth novel, Now I'm Here. The store includes many LGBT fiction and nonfiction titles. While they are taking orders online and pick-up at the door, they currently have limited in-store hours. (841 N. High St. www.prologuebookshop.com)

Love the nightlife?
Columbus' bar scene includes Short North clubs and others ranging from dance clubs to intimate piano bars, a total of ten LGBT-specific bars. At Tremont Lounge, darts and pinball are included, along with a back outdoor patio. (708 S. High St.). Club Diversity (491 S. 4th St.) includes a fun piano bar, and Boscoe's (224 S. High St.) is so cute, I wanted to return another night.

Although I knew my college favorites The Garage (aka 'The Gay Rage'), the gay-friendly new wavy Mr. Mustard's and the oh-so cruisy Tradewinds were long gone, one 20-year favorite still stands; Union Café (782 N. High St.), a bustling busy and fun bar (and the unfortunate source of noise in my hotel room).

Across the street, Axis hosts fun old-school lip-synch drag shows —and male gogo dancers— on its expansive stage (775 N. High St.). For women's gatherings, Slammers (202 E. Long St.) is a bit out of the way, but worth it if you want to hang with sisters and enjoy pizza.

If beer is your vice, hops along (get it?) for the Columbus Ale Trail, where you'll discover some tasty microbrews among dozens of area breweries (www.cbusaletrail.com)

Food, glorious food
Dining in the Village and elsewhere proved delicious and diverse. Our Franklintown visit included a tasty sampling of BBQ meats from food truck Ray Ray's Hog Pit, parked next to Land-Grant Brewing Company, where you can sample a variety of delish microbrews.

Breakfast and brunch specialties included The Guild House (624 N. High St.), and downtown's The Keep, a modern French café set inside the absolutely stunning art deco Hotel LeVeque. While the brunch options were passable, the real treat is wandering around the building's lobby.

But my favorite was Ambrose & Eve ( 716 S. High St. ambroseandevecolumbus.com). Set in a cute and cozy country home, the breakfast sandwiches, French toast, and egg dishes are creatively arranged, tasty and reasonably priced ($12 to $17).

Sample numerous indie grocers, chefs, merchants and kitchens at the food-filled North Market (59 Spruce St. www.northmarket.com), a bazaar of everything from tacos, sausages, donuts and candy to crafts and cute gifts.

Enjoy a savory stylish taste of Spain at Barcelona (cue a Company song lyric). Set in a renovated historic German Village building with charming décor and a repaired tin ceiling, the menu of small plates, entrees and paella proved not only delicious but filling. Back in the Short North, Service Bar (1230 Courtland Ave.) served up another delicious dinner with panache.

The literal top of all our meals was served at the glamorous Goodale Station, where a cityscape view atop the Canopy Hilton hotel (77 E. Nationwide Blvd. www.hilton.com), featured outdoor fireplaces and beautifully crafted meals paired with sumptuous wines and creative cocktails.

For more foodie fun, pick up a copy of Stock & Barrel magazine (www.614now.com)

Shoportunities
Short North's High Street features a string of interesting shopping opportunities. Possibly the most unusual was The Candle Lab, where we got to choose various oil scents which were later combined into small glassed candles. I chose a butch-femme mix of cedar and lavender. (751 N. High St. www.thecandellab.com)

For some handsome and unique men's wear, the charmingly rustic Samson, a Men's Emporium offers everything from coats to shirts, pants shoes and artisanal grooming products. ( 772 N. High St. www.samsonmensemporium.com )

Some traditions remain in Columbus, particularly in historic German Village. As I waxed nostalgic about memories of O.S.U. faculty parties and stylish classmates' apartments back in the 1980s, we enjoyed a bit of history of the village, whose restoration and revival were the inspiration of two gay men, Fred Holdridge and his husband Howard Burns (who died in 2001 and 2010 respectively). Holdridge and Burns spent the 1970s, '80s and '90s as community activists, newspaper columnists, radio movie critics and world travelers.

You can visit the shop they opened, Hausfrau Haven, a truly eclectic array of wines, gift cards and knick-knacks right out of an old time general store. (769 S. 3rd St. www.hausfrauhaven.com )

With its multiple floors and winding rooms, the popular Book Loft of German Village is far from wheelchair accessible, but the clerks can bring anything down to the first floor. (631 S. 3rd St. www.bookloft.com)

And, as we got out of our tour bus to take pictures of some of the lovely homes in the historic neighborhood, a light snowfall made it all the more charming.

1.'Art After Stonewall,' with a pink leather outfit, 2. a David Hockney portrait of Divine, and Rudely Elegant posters, and 3. Alison Saar's 'Nocturne Navigator' (in the general exhibits).

Art isn't easy
For cultural treasures, our tour brought us to a Franklintown warehouse of creativity and an expansive acclaimed museum. The Wexner Center for the Arts (1871 N. High St on the OSU campus), while closed, will hopefully return some day with its seasons of acclaimed touring dance and theatre companies and provocative art exhibits.

Nature lovers will enjoy the beautiful Franklin Park Conservatory and Botanical Gardens. Topiary fans can take a free self-guided tour of notable flora, including the charming tribute to Seurat's painting "Sunday Afternoon on the Isle of La Grand Jatte." When one of my journalist colleagues with a musical bent joined me in singing a few lines from Sunday in the Park With George, we scared off a few geese. (www.topiarygarden.org)

At 400 West Rich (www.400westrich.com), a number of performing and visual artists share the space, including aerial Movement Activities, which teaches trapeze exercise. A few in our group even tried balancing on a suspended swing, and our mini ukulele-playing lesson, hosted by String Attached, was extra fun. Local classes have grown to dozens of weekly participants. Find them at www.facebook.com/groups/StringsAttachedUka

The prize of our visit was a near-private tour of the fascinating Art After Stonewall: 1969-1989 exhibit at the Columbus Museum of Art (480 E. Broad St. www.columbusmuseum.org). An expansive multimedia wealth of 250+ local, regional, and internationally known artists; David Hockney, Robert Mapplethorpe, Don Bachardy, Keith Haring and other well-known artists are included, along with Bay Area favorites Lenore Chinn, Jerome Caja and photos of The Cockettes.

The exhibit shows how multiple communities flourished after 1969, from butch lesbians to leather fetishists. Among the local treasures was a series of posters from the '80s Rudely Elegant parties. As a youthful college student, little did I know that these events I attended gave birth, in part, to the later larger circuit party community.

Should you miss the exhibit, which is extended through October 4, the companion book (edited by Jonathan Weinberg and published by Rizzoli Electa) is beautifully designed and includes most of the art works from the previous installation in New York.

Among the other exhibits was a cute collection of drawings by Columbus native author James Thurber, along with a smartly arrayed collection of modern and folk art.

Community
Pride events annually take place in Columbus in mid-June and attract more than 700,000 participants. Yes, folks, despite the state's reputation, queer folk are all around Ohio. Other music and food festivals take place throughout the year. And if you're in the mood for rural and Amish culture, several opportunities are just a few miles out of town.

Shortly after my near-empty two connecting flights home, Ohio's governor announced a statewide shutdown. Days later, a horde of anti-mask protestors pressed to the City Hall's glass doors, and were photographed in one of the earliest haunting images at the start of the U.S. pandemic.

While careful adjustments have been made, large gatherings worldwide, including in Columbus, have been banned. Limited outdoor seating and entry to businesses with mandatory facemasks are the new normal. But the liberal enclave of the city remains surrounded by red state attitudes and ignorance. So, if for some reason you find yourself in Columbus, know that despite its history, positive changes have been made, and you might even have fun during your visit.

For up to date info, visit Out in Columbus' LGBTQ Guide, www.outincbus.com.
Check out businesses at www.LavenderListings.com.
The Columbus 2020 spring/summer visitor guide (print) features plenty of info, a pullout map, and two gay dads on the cover! www.experiencecolumbus.com 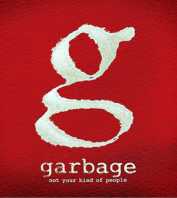 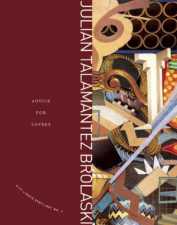