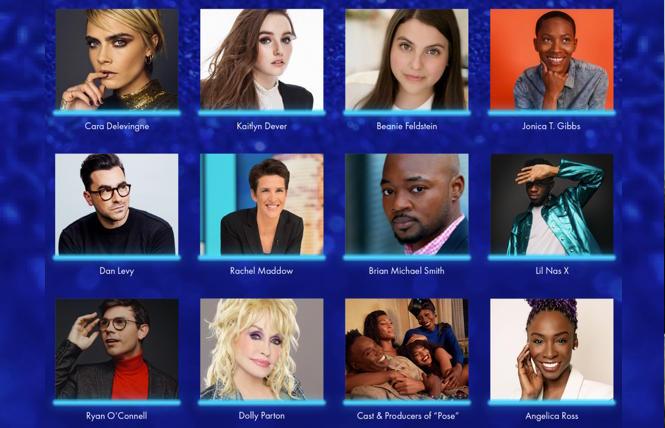 Undaunted by COVID precautions, the Gay & Lesbian Alliance Against Defamation's annual awards will be held online, with a fab array of special guests, including Dolly Parton, Dan Levy, Lil Nas X, Angelica Ross and many others.

Scheduled for July 30 at 5pm PST, the ceremony will be streamed on GLAAD's YouTube and Facebook channels, with speeches, honors, music and comedy acts.

The GLAAD Media Awards honor media for fair, accurate, and inclusive representations of LGBTQ people and issues. Since its inception in 1990, the GLAAD Media Awards have grown to be the most visible annual LGBTQ awards show in the world, sending powerful messages of acceptance to audiences globally.

The multiple nominees are listed HERE.

Putting the GLAAD report in context