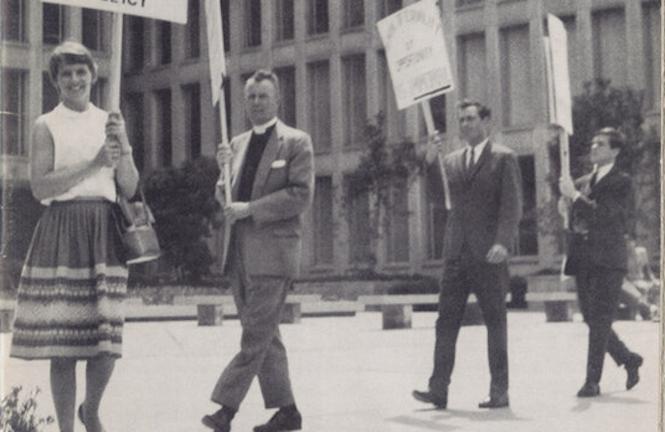 Season 2 picks up in 1954, following the secret organization of lesbians who organizes from coast to coast under the FBI's watchful eye as the national Mattachine Society crumbles beneath political power struggles and scandal inside their organization. Meanwhile, a revolution is launched in the Black Cat bar by drag queen Jose Sarria to fight against police raiding gay bars.

As the conservative gays who commandeered the movement in Season 1 push out the queers who don't conform to suits and skirts, street queens and transgender women take hold of the movement and lead us from secret societies to Stonewall. The masks are off and a militant minority is rising.

"The new season welcomes over 80 voice actors playing hundreds of characters across the LGBTQI rights movement," says podcast producer and host Devlyn Camp. "The heavily researched podcast aims to teach, but also entertain. Soapy scandals, contentious picket lines, and mysterious rich people complicate the efforts of our queer ancestors as they feud over what they're fighting for."