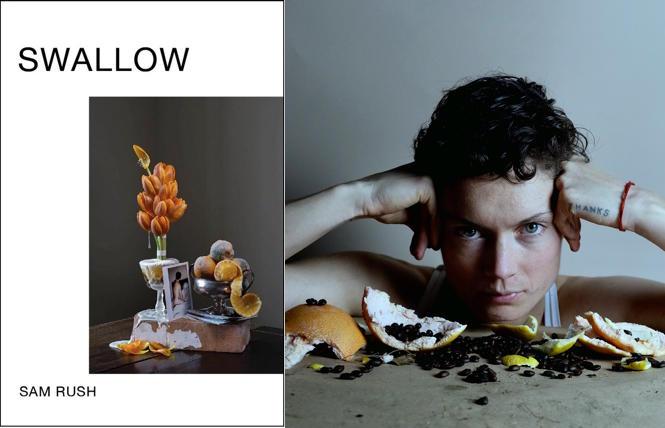 In the new poetry collection Swallow by Sam Rush (Sibling Rivalry Press), we're given a lot of content that wakes up the reader into identity, forms, breaking forms, and into freedoms that are part of our constant becoming. Swallow vibrates the human organism and enlivens us who have been sidelined at points in life, and the poet-punk shatters the windows through which we look in order to liberate LGBTQ identity from its confines.

Oftentimes working in the classic sonnet, first recorded in the 14th century by Francesco Petrarca or simply, Petrarch, in Arezzo, Italy, William Shakespeare popularized the form in the 16th century. Sonnets are traditionally fourteen lines written in rhyme schemes and usually comprising ten syllables per line. Rush revives the history of the sonnet with a poem that must be read aloud. Read this sonnet out loud two times and hear meaning arise. In the process you will also identify an aspect of Rush the poet, as in "Sonnet for Heartbreak,"

Now, read the sonnet again and meet the freshest transmasculine poet to step onto the stage created by Sam Rush alone. This is a poet to celebrate. Let's meet Rush the trans man.

"I want to work in a way that adds to a conversation that is growing around disability poetics and the power that people with disabilities, particularly sensory differences, have to highlight the rift between what is agreed upon as reality and the multiplicities of reality that exist for different individuals."

Rush began losing his hearing at the age of 15 and then turned to the creation of poetry. Today, Rush is 34. He hails from New England and recently made a move to Savannah, Georgia where he works in the schools teaching poetry. In the warm months, he leads youth groups in eco-conservation.

He says, "I want to create space for this dissonance to be seen for all it can add to the world. I want us to be much more than our struggles. I want other writers who perceive a reality outside of the accepted version to expand into themselves and out into the world."

Unabashed and individual, Rush occasionally trashes while retaining a kind of unique respect for the sonnet's meter count, like other poets are now doing, experimenting and thereby broadening the definition of the sonnet. Below Rush breaks the 10-meter tradition enabling the form to evolve through his chosen language, as in "Sonnet for cock sucking & baptism,"

Forgive me, Lord. For I have a mouth full
of dicks & not all of them organic.
Forgive me the virgin coconut oil
in lieu of water-based lube like I think
I'm better than that or some shit.
Anointed, dick. I grease the word and slick
my tongue in it. Let all I lap be wrapped
& swaddled in. I spit & poof: Magic.
Watch the plastic twitch. Lord, inside my salve
your accidents grow stiff. Suck fist to dick.
The knuckle, dick. I laughed, Dick Midas, now
the sky is dick. I sling my lips to dick.
I speak the name you choose yourself
aloud & don't we feel it, every inch.

The poet-punk emerges utterly shame-free, like the bat honeying the sycamore tree with its tongue. What is incredibly striking about Rush is that, as a child, she was raised to be himself, allowed to run around shirtless.

Raised vegetarian, he sometimes strays from the diet's confines. "I try to only eat things I've killed [myself]." Encouraged by his parents to be himself at such a young age, Rush still finds that he is constantly meeting Rush the man like we all are free to constantly meet more of ourselves.

Rush tells the Bay Area Reporter, "There is so much trying on of things that sound like the thing on the way to the thing that might be the thing but often isn't and by that time they are all laughing about something else anyway." 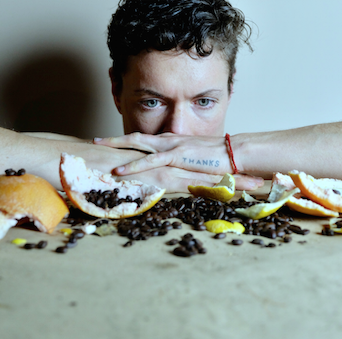 Right. Like who are we LGBTQs really? Are we more than our identities? How he came to write in the sonnet was an ostensible process like coming out queer, feeling that there is something in your life pointing to the thing that can't quite be described but suddenly, one day, is in the form of how we identify. Words, we're just words on the surface of things.

Rush's collection draws the reader in powerfully to consider the Self, the persona, as 20th-century psychologist Carl Jung identified the necessity for the soul to have a container, a vessel of identity which always comes back to the body. In this respect, all queer people are trans, at the very least transitory, becoming, always in process. What hides inside of us is our truth; a truth we either choose to speak or to not speak. The poet says, "Why not speak?"

Rush turns blank white space into word forms that make up affect and consequence, agency and velocity. The use of parentheses and the absence between the two punctuation marks set off meaning that is to be supplied by the reader, the reader set loose and becoming of their own meaning. Let's break from Rush's sonnets with his poem "Meaning,"

introduce into the body

a quantity consumed at one time
mouthful
throatful

the ocean will ( ) the rest but for the bird

what
EXAMPLE.
what
nevermind

[See Swallow for the rest of this poem].

Rowdy words that fragment sentences into ideas that come from another stratosphere. Swallow is a rich collection ready for the new world ahead.

Rush tells us, "There are things that I understand about being trans, as a white, andrgynous, trans-masculine person, and there are things I will never understand. My experience of walking down the street being trans and transness is so different than a black trans-femme's experience, from the trans person in a wheel chair, the trans person in prison. I sometimes hear friends talk about wanting to try out different pronouns, or explore gender identity, but not wanting to 'take up too much space.' I welcome anyone to transness."

Multiplicities, as in "Sonnet for phobia & why we waste away,"

Theory: God made a mouth at both ends
& me a hunger ripped between. Theory:
Fear wakes up inside the wrong body.
How does it leave. Theory: A boy. Swallows
a girl to keep them both from starving. Theory:
We dress our tongues in tongues & disappear
around their kneading. This is the same.
Replace the tongues with nothing. Theory:
We were raised sirens in a soundproof room.
I didn't lose my hearing. I let it choke
a prayer to continuity. Theory:
There is one scream. There has only ever
been one scream. My mouth is a pipeline out.
My mouth is a tributary. Bursting.

To "disturb/enrapture" remains the mission of Sibling Rivalry Press. They do this again and again in every book they publish. 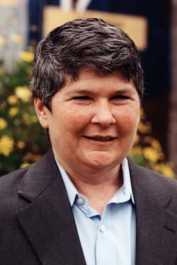