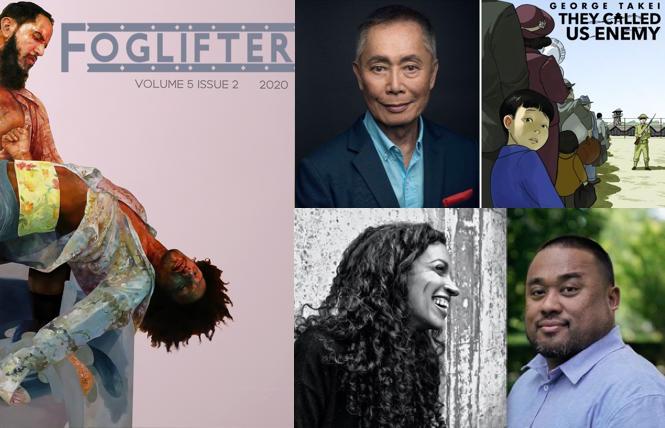 The Literary Arts Emergency Fund, launched and administered by the Academy of American Poets, the Community of Literary Magazine & Presses (CLMP), and the National Book Foundation, will distribute $3,530,000 million in emergency funding to 282 nonprofit literary arts organizations, magazines, and presses across the nation that have experienced severe financial losses due to COVID-19. The organizations and presses to receive support reported $27,635,559 in financial losses to date and are projecting $48,137,391 in financial losses in the year ahead.

Included among the recipients is the Lambda Literary Foundation, the organization that promotes LGBTQ literature.

The foundation's annual LitFest, scheduled for October 5-9, will be a "Weeklong Celebration of Queer Black Artistry." Submissions for the 33rd Lambda Literary Awards are now open. The deadline to submit is November 16, 2020.

Since 2018, a total of thirteen literary magazines have won this prize for excellence in publishing, advocacy for writers, and a unique contribution to the strength of the overall literary community. The call for applications for the 2021 cycle of the Literary Magazine Prizes has also just opened on the Foundation's website, with a deadline of November 30.

The five 2020 winners were chosen from more than 100 applicants from 37 states through a two-round process. The 2020 print winners are:

One Story (Brooklyn, NY), which has made its mark publishing only one short story per issue in a small-format, easily shareable booklet, helping to launch authors' reputations-but never publishing the same writer twice. Print Prize Winner, $60,000

Conjunctions (Annandale-on-Hudson, NY), a magazine on the verge of its fortieth
anniversary that weaves work from emerging and established writers into a book-length exploration of a resonant theme like "sanctuaries" or "exile." Print Prize Winner, 30,000

The 2020 digital winners are:
Kweli (New York, NY), which features the astounding and wide-ranging work of emerging writers of color, primarily women, and invests deeply in writers' careers to expand the literary world of the future. Digital Prize Winner, $30,000

After the announcement, representatives of Foglifter Journal wrote in a press statement, "As a literary journal by, of, and for queer and trans literary artists, Foglifter has spent the last four years carving out a space for LGBTQ+ authors in the literary landscape, while centering its most marginalized voices whose works challenge mainstream concepts of culture, race, gender, sexuality, and class to authentically reflect the experiences of queer and trans people. Foglifter is thrilled by the committed support and recognition of the Whiting Foundation. It will expand our reach, fortify our sustainability, and allows us to focus on strengthening Foglifter's community of LGBTQ+ writers." 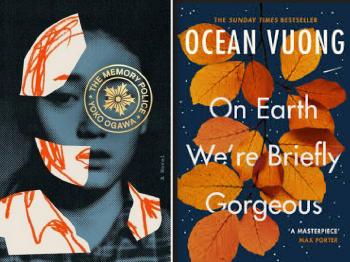 The Memory Police and On Earth We're Briefly Gorgeous

American Book Awards
Fiction by Ocean Vuong and Yoko Ogawa, a prison memoir by Alfred Woodfox and a graphic memoir based on actor George Takei's childhood in a U.S. internment camp for Japanese Americans are the among the winners of the 41st annual American Book Awards. The awards were announced Sept. 14 by the Before Columbus Foundation, which champions diversity in literature.

Vuong was cited for his novel On Earth We're Briefly Gorgeous and Ogawa for The Memory Police, a National Book Award finalist last fall for best translated book (Stephen Snyder translated the novel from the Japanese).

Takei worked with writers Justin Eisinger and Steven Scott and illustrator Harmony Scott on They Called Us Enemy, in which he remembers being forced into a camp at age 4, during World War II.

Eleanor W. Traylor, a scholar of African American literature, received a lifetime achievement honor. Kofi Natambu of The Panopticon Review was given an editor award, and performance poet Amalia Leticia Ortiz was cited for contributions to oral literature. The winners will be formally recognized during an online ceremony Oct. 25.

Booker Prize
The Booker Prize shortlist was announced Sept. 15, a diverse group of six including four writers of color and four debuts. Awarded each year to one outstanding English-language novel published in the UK or Ireland, the £50,000 prize is one of the most prestigious literary awards in the English-speaking world.

Locally, San Francisco's Poetry Center's Book Award-winner Ashley Toliver will read online with award judge Jason Bayani on Sept. 17 at 7pm PST. Toliver's Spectra is an immensely moving work. Its three-act structure entrenches within the violent friction between nature and man-made forms and between nature and the human body. Register to attend at this link.

Litquake's queer pages: Literary festival's got plenty for all