It takes two to tangle 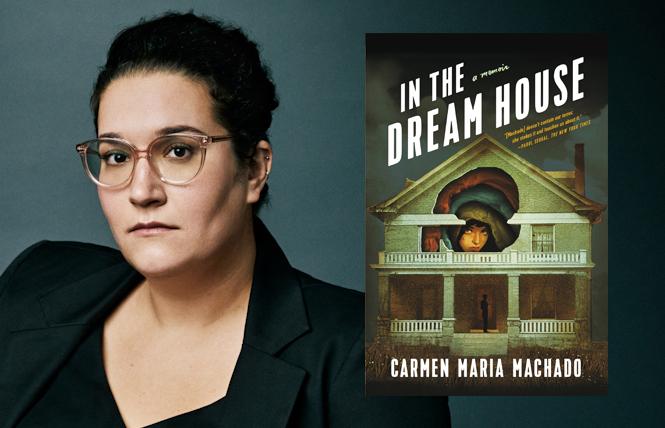 As I was reading Carmen Maria Machado's new memoir "In the Dream House" (Graywolf Press), something made me think of Alison Bechdel's long-running cartoon strip "Dykes To Watch Out For." In her book's Afterword, Machado mentions a book that made her laugh out loud, "a pretty shocking thing to do in the middle of writing this book." At that I forgave myself my fond association, and it occurred to me that Machado's book is about dykes to watch out for, and that writing as cauterizing and indelible as hers makes Machado a dyke to watch out for.

"Dream House" addresses the topic of lesbian domestic abuse, though it also circles the subject. It is about Machado's living through an abusive lesbian relationship, but for all the commonalities with that experience as related by others, she could hardly be more empathic that this story is hers. Harrowing as much of it is, Machado never demonizes her abusive ex-girlfriend (though the reader likely will), and never loses the focus on what in recovery circles would be called "her part in it."

She distinguishes that from having been a "battered woman." Precisely because she's narrating verbal, emotional, soul-gutting "domestic" abuse, few readers who have been in a romantic relationship will not occasionally feel their blood run cold with the shock of recognition.

The Dream House, a savage double entendre, is the one in Bloomington, Indiana she co-habited off and on with her ex. It's of course what they called it before it turned into the nightmare factory. But Machado uses it as an almost unbearably extended metaphor, and each of the book's mostly short sections, some aphoristically short, is entitled "Dream House as [Something]."

"Dream House as Confession" is a predictable entry and comes early. "Dream House as Memory Palace" better sums up the work as a whole. But as it moves toward its self-consciously reluctant conclusion — the subject, after all, is the ordeal of saying farewell — sections such as "Dream House as the Queen and the Squid" tell tales that startle the most emotionally exhausted reader back into consciousness.

"The Dream House as Picaresque" aptly describes its method. The personal story Machado tells could hardly be less linear in its telling, but the seemingly scattershot nature of the chapters, some almost academic in their treatment of the topic, disguises a deep architecture. It's orbital and ultimately ensnaring.

The numerous epigraphs sprinkled over the book's five sections, almost inscrutably identified with Roman numerals only, may feel like being raked over the spines of every book in Machado's library. And there are footnotes, but soon you don't mind and wouldn't think of skipping them. Gradually it becomes apparent that the writing is administered in doses that are, individually, all anyone could take.

The writing itself regularly knocks the wind out of you. "It is summer in New York, and the heat is an animal that won't climb off." In Iowa in July, "Mosquitoes flock to you; your legs are swollen with their needs."

As for the Dream House, "Places are never just places in a piece of writing. If they are, the author has failed." "The house is not essential for domestic abuse, but hell, it helps." And the kicker: "The Dream House was a haunted house. You were the sudden, inadvertent occupant of a place where bad things had happened. And then it occurs to you one day, standing in the living room, that you are this house's ghost: you are the one wandering from room to room with no purpose."

There is, if no polemicizing, teaching and a desire to teach everywhere in this book. "I imagine that, one day," Machado writes near the end, "I will invite young queers over for tea and cheese platters and advice, and I will be able to tell them: you can be hurt by people who look just like you. Not only can it happen, it probably will, because the world is full of hurt people who hurt people."

Along the way Machado notes that the first book addressing the topic of lesbian abuse was written the year she was born. She predicts, and hopes, that hers is not the last word, but it's inconceivable that there will be another like it.