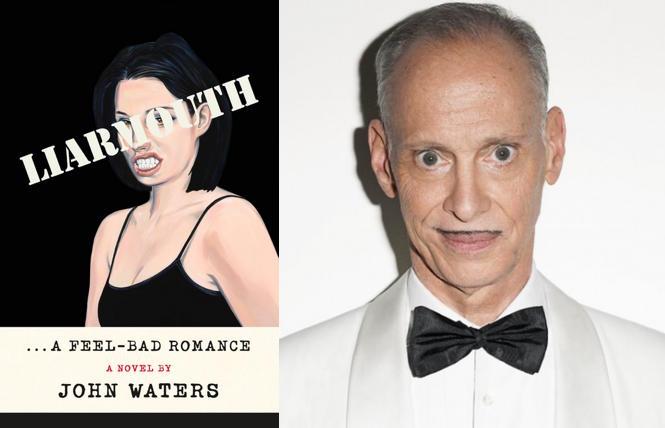 Step aside, Dawn Davenport. There's a new bitch in town and she means business. Her name is Marsha "Liarmouth" Sprinkle, and she dominates all the depravity in filthy filmmaker and bestselling author John Waters' debut novel, "Liarmouth."

Marsha is that unforgettably unique, nasty, compulsively lying bad girl with a heart of ... deep dark coal. She balks at the idea of a boss, of sharing space with fellow coworkers, or punching a time clock and paying taxes. At 40, she still wears her brazen sexuality on her sleeve and when we first encounter Ms. Sprinkle and her boner-prone crime partner and "sex slave" Daryl, they are both actively squatting in a foreclosed mansion.

They earn a "self-employed" living pilfering the contents of stray luggage stolen off the baggage carousels at Baltimore/Washington International Airport.

It's not really Daryl's ultimate idea of a living, yet "after 364 days of delayed ejaculation," he lives to fulfill his agreement with Marsha that one a time a year, if he helps her swindling business, he and his penis named "Richard" get to have intercourse with her.

But Marsha is no ordinary fraudster. She is a spit-shined John Waters creation, so she believes she's superior to everyone ("and smarter, too") and doesn't even care about conning her own estranged daughter, Poppy, or her mother, Adora.

These peripheral characters, just a few in Waters' bulging bag of tricks, are just as whacky, of course. Poppy is 22 and corrals a misfit group of awkward gymnasts with names like Leepa, Vaulta, and Double Back Barbara, all obsessed with the progression of the "radical trampoline movement" for equality.

Mother Adora, equally deranged, is a well-respected Upper East Side animal cosmetic surgeon whose own gender dysphoric dog has been stretched, sliced, and preened into the uncanny likeness of Joan Rivers.

Since Marsha is the type of con artist who subsists on a solitary diet of artisan crackers which, at bathroom time, produce spare "little pellets that leave no trace or mess," she yearns for an escape from Daryl and seizes the opportunity after one particular airport heist goes seriously awry.

On her own with a gaggle of malcontents hot on her trail and thirsty for revenge, Marsha's tour de force on the lam is a gloriously protracted chase scene overstuffed with poop, penis, anus, cheap hotel and airport references glorified by Waters' dirty mind and magnificently unfiltered sense of humor.

The oddball gang of miscreants all regroup in Provincetown, a seaside resort hosting the annual Anilingus Festival where entire families stroll around sporting "I EAT ASS" t-shirts. Could this family reunion be just the thing to soften Marsha? Has the tide shifted so drastically beneath the Dick Dock that it could signal the end of her nefarious ways? Is true change for the filthy population possible? Only Adora's dog Surprize, who is transitioning into a cat, knows for sure.

For readers unaware of this devilishly creative Baltimore native known for making his copy editors teeter "on the edge of taste with me, hopefully protecting my cockeyed balance," John Waters is best known for his artistic expression of perverse morality that has produced landmark films like "Pink Flamingos" which celebrates its 50th anniversary this year.

To say that the cult icon at 76 is in flagrantly filthy form here would be an understatement, and this first foray into fiction (after notable works of journalism and memoir) and into the deep recesses of extreme high camp outrageousness is hopefully not his last.

It's finally time for some low-grade ridiculousness and John Waters is just the man to splatter this kind of "artistic trouble" right in our faces. And all that raunch tastes simply Divine.

John Waters will be in conversation about 'Liarmouth' on Monday, May 9, 7pm at a Green Arcade Bookstore event at McRoskey Mattress Co. Loft, 1687 Market St., 3rd floor. Doors at 6:30. ($10; free with book purchase) www.thegreenarcade.com

John Waters :: Holiday Kitsch and Camp with the Pope of Trash 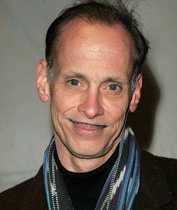 John Waters explains it all for you 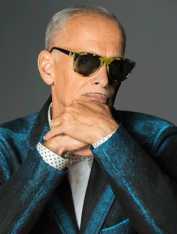