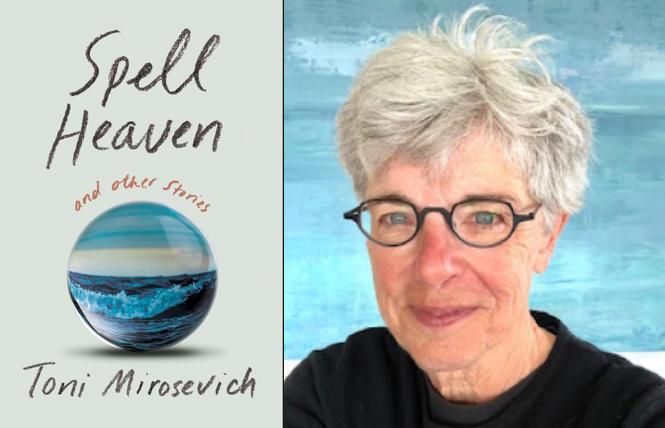 In "Out There," smack dab in the middle of Toni Mirosevich's collection of linked stories, Spell Heaven (Counterpoint), the narrator confesses, "In truth I should have been a sea captain. I should be standing at the helm of a boat, a middle-aged, not-so-ancient mariner, my hand at a right angle to my brow, scanning the horizon line."

By this point we already know the narrator comes from a working-class fishing family and has meandered through various labor jobs —truck driver, cashier— before finally settling into a tenure-track teaching position at a university, a position she loves for the students and loathes for the politics. I felt myself nodding to the frustrations of academia and to the relative anxiety and uncertainty that comes with the choices we make.

"Out There" provides only one of many reflections on choices, on becoming, while the book as a whole hones in on one particular choice the narrator makes with her wife, Stevie: moving to Pacifica after years of living in San Francisco. Once in this historically working-class beach community facing the inevitable encroachment of tech-fueled gentrification, the couple meets a motley and delicious cadre of characters; among them Crystal, the counter person at the Chat n' Chew Cafe, Tommy Bench, Permit Man, Crab King, the Chewer and— perhaps most heartbreaking— Kite Man.

The narrator inches towards these folks, attempting to slowly integrate her white collar, queer self into this community of crabbers, drunkards, drifters and salty dogs. Clearly not feeling connected to her professional colleagues, struggling with a "loneliness bred of working long hours at a teaching job I loved, with an academic crew I didn't," she looks to these Pacifica locals as "my crew. My smelly, stinky, happy-making, motherfucking crew."

Mirosevich indulges in the smell, the stink, and the happy-making of these character interactions. Her narrator hangs with alcoholic fisherman on the city pier, with a houseless mother named Liz in a used car lot, a rotating cast in the no frills Chat n' Chew. 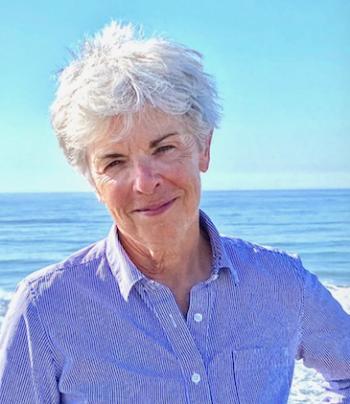 Mirosevich knows how to look and how to be generous with her observations. She's not profiling these characters to exploit them and their quirks for our amusement, though she knows we will be amused. They are not a sideshow for the narrator. She shares their stories because they have taught her something about herself, to presume nothing.

In "Datura," the narrator reminds herself, "none of us know anything about whoever that person is, the next person coming into view." It is by seeing these lives weave within and beyond her own that the narrator learns instead to stay in the moment, to not have an exit strategy, something she may have struggled with in the anxieties of her white-collar world. Mirosevich suggests that presumption takes us out of the moment.

What this collection best examines is how we seek satisfaction. In the titular story, the narrator meditates on how we often get it wrong:

"I think of all the versions of what we think will constitute heaven on earth —the new lover, new house, new set of wheels— that really only offer momentary enjoyment or thrill or diversion. Don't we all, every one of us, often end up misspelling heaven?"

In the story "Kite Man" —one of my favorites in the collection— that satisfaction arrives where you least expect it. The narrator experiences joy with a toothless local on the beach who is seen flying varied selections of his namesake, who invites approaching children to helm the spool, who always has a smile and kind word. When the narrator discovers that Kite Man is a drug peddler, she has to wrestle with that knowledge.

Ultimately, she privileges his humanity over any inherent prejudice: "You can have a life where whatever you catch brings you joy."

Transforming
I'm gonna break the fourth wall of this review, dear reader, because I know the author. I was one of her students in a graduate course on the teaching of creative writing. I loved that class.

Why? Even when I watched her drift off while a fellow student presented on pedagogy-this and curriculum-that, even when her thoughts sailed over the room ¬—perhaps caressing one of those Pacifica characters in her mind or lamenting the vitriol of academic politics— she felt her students, and she rolled with them, "like the waves on a windy day."

She paid not as much attention to their words as she did their being, which is the stamp of a great teacher, and maybe a great writer, as well, the best kind of writer, perhaps, one that witnesses more than lectures, one that points to the moon and says, "what about that" rather than identifying it as the moon.

After reading Spell Heaven, I'm left with this impression: who we become has more to do with how we accept our lives than how we plan them. We are always changing, always in some kind of flux.

"The grocery checker becomes a drunkard," Mirosevich wrote. "A truck driver becomes a professor. A merchant marine becomes the minister of happiness. Transformers, every one of us."

We can struggle with that change, we can fight the forces, among them ourselves, that incite the change. Or, we can "take a moment," as both Stevie and a random bathroom stall suggest, because "we only breathe for so long."

With the experience of recent years —isolation, violence, the screaming of hate and those being hurt by such feeling— these simple reminders seem ever more necessary. Maybe they always have been. That we are not fully in control of our lives. That we are ever transforming. That we need to take a moment. Don't we often make art to bring us back to fundamental truths of who we are, or at least who we can be?

Sometimes we become so mired in the noise of life's imperatives that we need someone to remind us.

In "Out There" our narrator muses, "There are those rare exceptions, people who know early on what they want to be and through luck or good connections or persistence become what they always dreamed of becoming."

With this collection, Mirosevich has done it. In truth, she is a sea captain, standing at the helm, scanning the horizon line, that seam between what we see and what we know.

Toni Mirosevich's book launch for Spell Heaven, with Aimee Phan, will be April 26, 7pm at The Booksmith, 1727 Haight St. www.booksmith.com