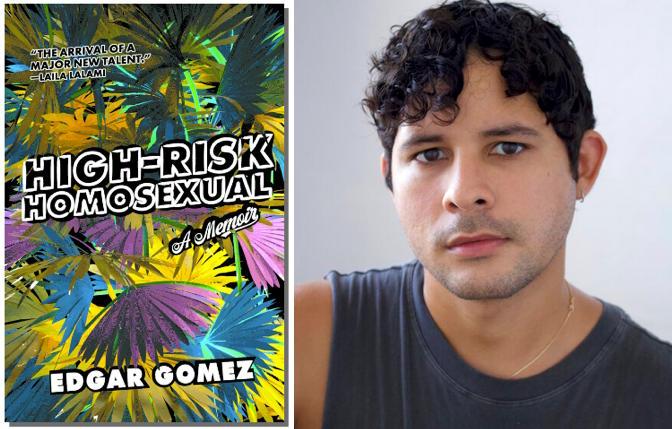 In his outstanding new coming-of-age memoir, Florida-born queer Latinx author Edgar Gomez navigates a modest 13-year-old adolescence dominated by poverty and cultural machismo, as evidenced in the opening pages where he witnesses a crowded cockfighting ring orchestrated by his uncle.

But these scenes are balanced by other more introspective ones where, after a night of underaged drinking, he encounters and converses with a rowdy group of transgender sex workers from the balcony of his uncle's house in Nicaragua.

Once relocated back in his Orlando homeland, teenaged Gomez prided himself in cloaking his burgeoning gayness beneath the "weird" label, or humorously calling himself "hetero-adjacent. Like Prince".

To pass the time, Gomez would gulp black coffee and watch Jennifer Lopez movies all night, then drag himself to school where he dozed off "dreaming about having a boyfriend."

Gomez writes about his high school days with the same flowing prose and hard-won courage. He befriended other gay students, fumbled through episodes of clumsy attempts at sex, and attended Pride parades "surrounded by queers who seemed way more fearless than I could ever be."

But Gomez soon blossomed, found his safe place on his own, and writes vividly about partying at gay clubs with drag queens, random sex with men, and the melodrama and bittersweet bliss of first love.

His time majoring in TV production in college is portrayed as equally gritty as the author penny-pinched his way through years of identity searching and, in a lucid sequence of descriptive brilliance, his first time bottoming which caused him to black out in a shower stall while "a sharp fire ripped through me ... like someone jammed a roll of sandpaper up my asshole."

Originally titled "Boys Club" denoting the night he'd spent in an Orlando bathhouse, the book's strength lies in the author's ever-present vulnerability and frank honesty about first impressions, queer perspectives, the Pulse nightclub massacre, his gradual emergence as femme, and the immediate loss of a boyfriend because of that identifier.

Raw emotions expand outward throughout the book as he takes readers through the more defining moments in his young life so far, including performing nearly naked with a traveling burlesque troupe and a trip to DragCon where he spends a bit too much time getting stoned. A closing voyage to San Francisco finds the author initially unimpressed, but eventually appreciative for the safety and opportunity for queer people there.

Coming out to himself and to others has been an epic endeavor for Gomez and throughout this impressive memoir he writes candidly and with great dexterity about the joys and fears that grounded his innocent childhood and continue to inform and empower his adulthood.

"In a world desperate to erase us," Gomez writes, "queer Latinx men must find ways to hold on to pride for survival, but excessive male pride is often what we are battling, both in ourselves and in others."