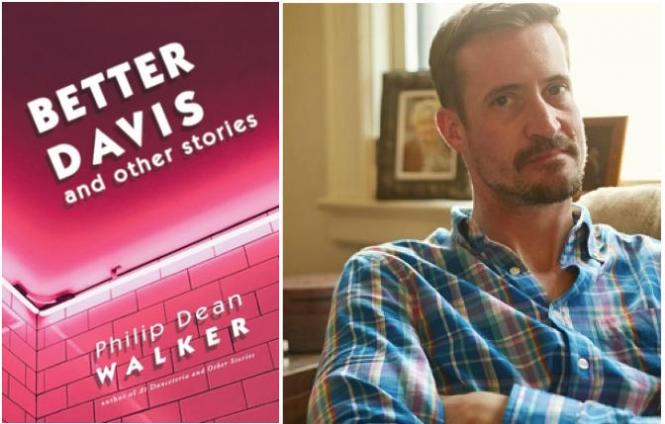 If you enjoyed Washington, D.C.-based gay writer Philip Dean Walker's 2016 debut short story collection At Danceteria and Other Stories, then you'll find even more to love in his new book Better Davis and Other Stories (Squares & Rebels, 2021).

Closely related to its predecessor, Better Davis, Walker's third book, contains six short stories consisting of fictionalized situations involving characters whose names will be familiar to many readers. In "Very Special Episode," for example, actor Jim J. Bullock deals with a health crisis. "Elizabeth/Regina" takes readers back to 1981 when Elizabeth Taylor and Maureen Stapleton performed in a pre-Broadway production of Lillian Hellman's The Little Foxes at The Kennedy Center. Tony Award-winning director and choreographer Michael Bennett is the main character of the story titled "The Line." Philip answered a few questions about his writing.

Gregg Shapiro: Your first book, At Danceteria and Other Stories, was published in 2016. What was the experience of having your debut short story collection in print like for you?
Philip Dean Walker: I made the final edits to At Danceteria at the beginning of the 2016 Bread Loaf Writers' Conference in Vermont. The first proof copy then arrived from my publisher delivered to me on the mountain just in time for me to read from it at the final Blue Parlor Reading, which is a big Bread Loaf tradition. So, it was kind of a perfect way to debut myself as a writer. I was so excited to actually be holding my first book - it was a thrilling moment and felt even more fitting to be having it at a Middlebury College campus as that is my alma mater. 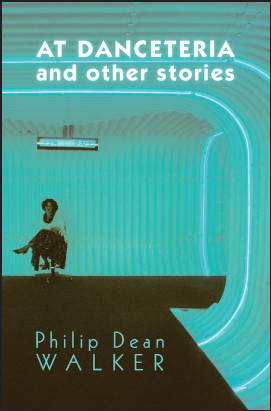 Better Davis and Other Stories, your new book, is dedicated to the late, gay writer and educator Richard McCann. Please say something about him and his influence on your work.
Richard was a huge mentor for me in grad school and became a very good friend. I still can't believe he's even gone, such is Richard's behemoth. I cannot say enough about the fearlessness, the zest for friendship and life, the pure honesty of writing — all of that Richard inspired in me. Richard was one of the finest writers of our time and his loss is a profound one. He was so charismatic and generous. One of the characters in Better Davis is loosely based on Richard, something I was able to share with him before his unexpected death.

This short story collection is linked to At Danceteria. Did you know at the time that you were writing At Danceteria, that there would be a second collection in the same vein?
The short answer to that is no, although, I did actually start the story "The Line," which closes Better Davis, three months before At Danceteria came out. My publisher, Raymond Luczak, suggested that we do another collection, and I did have some ideas clunking around in my head for additional stories.

Please say something about you select subjects for your stories.
The subject matter of my stories comes to me very organically and can be led back to something as simple as a small paragraph in a biography or watching an old movie.

How much research is involved in your writing process?
For these stories, the research is pretty heavy. I don't feel like I can write these characters until I've located the essential "being-ness" of them, which is something that has no definable time frame. The research felt like all that practice you go through before a big race. As soon as the proverbial gun goes off, you almost aren't even thinking anymore, just doing the writing. 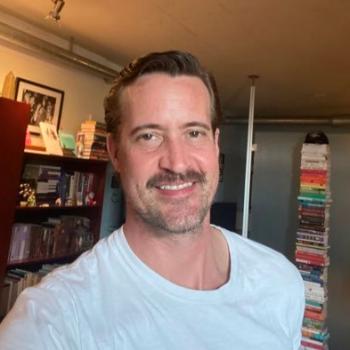 Some of the stories in Better Davis feature living people, including Jim J. Bullock, Robert Wagner and Christopher Walken. Are you at all concerned about repercussions?
My book is a work of fiction. Even though famous people or celebrities (dead and alive) may appear as characters in the book, their actions or dialogue should not be construed as factual or historical truths.

Do you know if Jim J. Bullock, for example, knows about the story "Very Special Episode"?
I don't know if he has or not. I am a big fan of his, so I would love for him to. Although, as I said previously, the character in that story is very much a "character" and is not supposed to be him in any real biographical way.

Because of the mainly 1980s settings of the stories in Better Davis, AIDS features prominently. Other gay writers, including James Magruder, Bryan Washington, and David Leavitt, have also included the subject of AIDS in their recent novels.
I always wanted to tell a larger story in this collection about the titanic cultural watershed that AIDS was for this community. But, also, I wanted to show the small ways that it had a huge effect on the way we lived. The ways in which the disease democratized everyone - created, in a way, a level playing field where everyone was at some risk, obviously the gay world with which I deal directly in the book.

Even though the stories in Better Davis are all stand-alone pieces, I noticed that there were threads that connected them in this way. The World According to Garp is mentioned in two stories; "Very Special Episode" and "Gay Nineties." Natalie Wood appears in both "Brainstorm" and "Better Davis," while Maureen Stapleton can be found in "Elizabeth/Regina" and "The Line."
The big difference between the writing of the two books is that, for Better Davis, I actually knew that it would be a book. More than half of Danceteria was comprised of stand-alone stories that I had been publishing one after the other in a gay men's fiction journal called Jonathan. And because BD was conceived as a linked collection, there are some characters who get to jump around the book, as you noted. There are also certain "Easter eggs" planted for anyone who's looking. You might be the first person who's mentioned the Garp one.

If there was a movie made of one of the stories in Better Davis, which one would you want it to be and why? And who would you want to play the lead?
I think a limited series format would work best for an adaptation of this book. I've actually envisioned, in my head, how some of this could be brought to the screen. I'd love to see what Natalie Portman could do with the role of Natalie Wood in the story "Brainstorm" which takes place on the last night of Natalie's life.

Finally, is there a third book in the series in the works?
There isn't currently. I'm actually working on my first novel. But I never say never. I feel like I've told the stories of this era that I needed to tell for now, but there's always the possibility that I could revisit. I was very happy with how Better Davis turned out, so it's certainly a possibility.