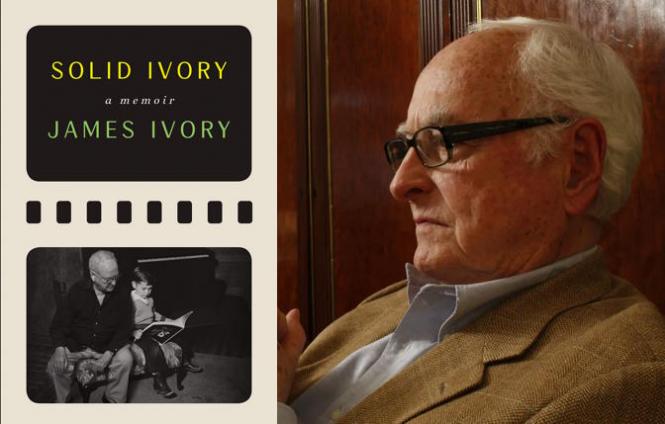 Distinguished gay movie director James Ivory is one of the founders of independent films, part of the successful Ismail Merchant (producer) and Ruth Prawer Jhabvala (screenwriter) collaboration that began in 1961, creating such intelligent literary period classics as A Room With A View, Howard's End, Remains of the Day, and Maurice. At age 93, he's written a memoir of sorts, looking back on his life and career.

Many of the essays were printed by Cameron's small independent Shrinking Violet Press, meant for a limited, private audience, not originally intended for publication, but which have been repackaged here. It's a self-absorbing portrait of an iconoclastic artist, but also intermittently fascinating peek into growing up gay in mid-20th-century America. 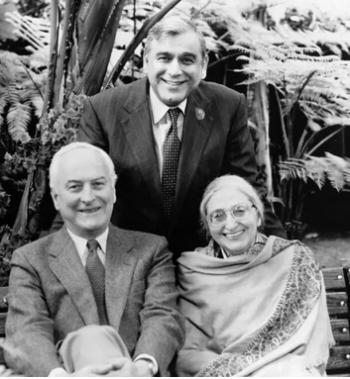 A doll's house
Born Richard Jerome Hazen and renamed James Ivory by his adoptive parents, he grew up in Klamath Falls, Oregon. His father was a successful owner of a lumbering company which prospered during the Depression. Sexually precocious at age 7, he experimented in a piano crate with a neighborhood boy and "his little white wormlike penis."

Educated by nuns, when asked at age five what he wanted for Christmas, he replied, "A doll's house," and was mercilessly ridiculed by his classmates. "From that day on, I began to regard myself as being a bit apart from all the others. I began to think of myself as something more."

He pursued his interest in arts at the University of Oregon, eventually enrolling in a graduate film program at the University of Southern California. His thesis film was a documentary on Venice and his enthusiasm for European and other cultures (notably India) would find its way into later films. Ivory depicts his homosexual affairs and brief encounters with schoolmates, college friends, and colleagues, including vivid memorable descriptions of penises ("heavy, charged-looking, the garden-hose-variety").

In 1959 he received a commission from the Asia Society of New York to make a documentary on Delhi, where he sought out his mentor and greatest film influence, Indian director Satyajit Ray. When in 1961 he screened his film in New York, he met Ismail Merchant, whose short (The Creation of Woman) was nominated for an Oscar that same year. They became a couple privately and artistically. 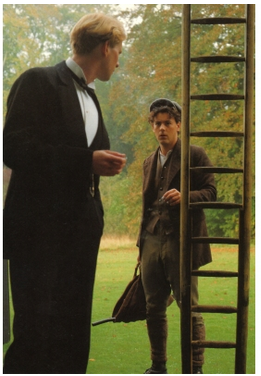 Fame eclipsed
When Merchant suggested their first film should be adopted from the novel The Householder by Ruth Prawar Jhabvala, a wealthy Indian author, they asked her to write the screenplay. "But I've never written a screenplay," she remarked.

"Well, I've never produced a movie and Jim has never directed one," Merchant replied. Thus, the most famous and long-lasting independent film team was born, continuing through Merchant's death in 2005.

One might expect commentary on how some of their films were made or moviemaking in general, but readers will be disappointed as there is little exploration on those topics. Better to read James Ivory in Conversation: How Merchant Ivory Makes Its Movies by Robert Emmet Long for those types of discussions.

However, there is a chapter on the 2017 film Call Me By Your Name, for which Ivory at age 89 became the oldest winner of a competitive Academy Award for Best Adapted Screenplay. He was supposed to have co-directed with Luca Guadanigno, but was dropped without being told why. He was annoyed that the explicit sex and frontal nudity called for in his script was ignored due to actors' contracts. He's also sarcastic about the Oscar itself claiming, "its fame eclipses even Michelangelo's 'David' and the Statue of Liberty." 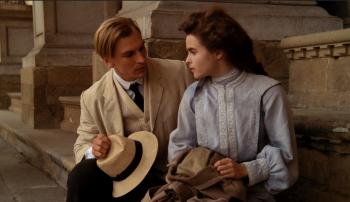 Private lives
What is particularly surprising is how little space is devoted to his personal partnership with Ismail Merchant. In fact Ivory's on-and-off again lover, celebrated travel writer Bruce Chatwin, (whom he fails to mention died of AIDS in 1989), has a chapter that's almost twice the size of that on Merchant. In fact there is literally only one page on their sexual liaison. They apparently had an open relationship.

He writes: "That doesn't mean that Ismail had no other partners —he was a highly sexed man— or that I would not, but these did not last, because I was always there and he was always there. One or two of these were very seductive, and when they were, we shared them...I was a bit like a powerful French matriarch, who knows her husband has mistresses, but who also knows that she is at the center of his world, his home, his children, and if she is clever, his very life. In this way, he and I went on for more than forty years, weathering everything good and bad together."

Ivory notes that they were joined in one purpose, which was to make films together.

"I came to feel that two gay men, united in their commitment to each other, single-mindedly pursuing a common goal, could end up ruling the world."

One of Merchant's lovers, the composer Richard Robbins, became the unofficial fourth member of the Merchant-Ivory production team, designing the music for all their films from 1977 onward. 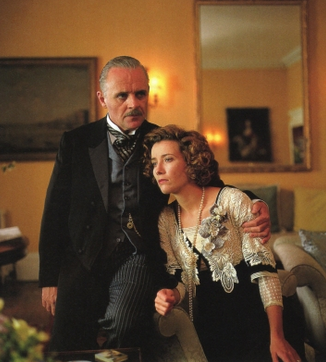 Film fame
The best chapters are the early charming ones recalling his childhood and college years, even devoting a whole chapter to his favorite restaurants during the Depression. Ivory is not an introspective writer. He recounts his father as unemotional and the same affective restraint tag could apply to Ivory (a major theme in his films). When detailing his sexual trysts, they are related perfunctorily, lacking any deep passion even with a crucial partner such as Chatwin. Also, nothing is divulged about Merchant's unexpected passing and its impact on Ivory personally or professionally.

Refreshingly, Ivory seems to have suffered little of the pre-Stonewall era guilt or uptightness about his sexuality. Yet he doesn't examine how his own sexuality affected his gay-themed films, especially Maurice and Call Me By Your Name. It's fascinating that after Merchant-Ivory's huge success with Forster's A Room With A View (made for $3 million, it grossed over $70 million worldwide, was nominated for eight Oscars, winning three) where they could have made any film they wanted, they chose Forster's posthumous queer romance Maurice, but LGBTQ readers will miss any analysis of why they made that decision or any struggles they experienced creating it.

Several of the chapters settle old scores, such as his critique of Luca Guadagnino. He paints a damning portrait of Raquel Welch as diva: "She wanted to be an actress, not just a star, so I treated her as an actress, and not as a star. That was my fatal mistake." He also gibes Jhabvala for not doing housework ("Ruth never lifted a finger, except to her typewriter. Her servants did everything.") and never forgave her for declining to write the screenplay for Maurice considering it "sub-Forster" and "sub-Ivory." 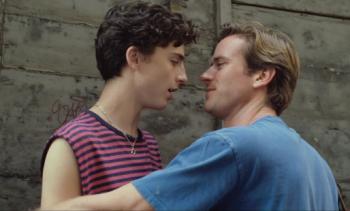 Timothée Chalamet and Armie Hammer in 'Call Me by Your Name'

Lesser lives
Ivory is also defensive about any criticism of his films, dismissing digs like their movies came from the "Laura Ashley school of filmmaking," too literary (as Ivory corrects they mean literate) or "post-cardy," "coffee table" movies, calling all critics a lesser form of life, with special venom reserved for Pauline Kael. These attacks tend to downgrade Ivory's chief virtue as a filmmaker, his visual sense and ability to frame scenes beautifully like paintings, a gift that is obvious in his vibrant meticulous descriptions of the Oregon lake where he spent summer family vacations, glitzy dinner parties (i.e. at a maharajah's palace), or adventurous world excursions (i.e. Kabul).

Some readers will be annoyed by the loose, non-chronological, disjointed structure and the lacks mentioned above. Still, Ivory's candor (he admits to being a "fearful snob"), caustic wit, and sporadic warmth, as well as his postwar Americana wistfulness, atone for the memoir's frustrations. The appealing forthright photographs, many taken by Ivory, scattered throughout the text, are also a highlight.

Perhaps it's best to view Solid Ivory as a movie with a disparate montage of finely wrought scenes and episodes with unforgettable characters etched into an elegant remarkable life. Ivory in the final analysis gives us an example of a gay man who wound up doing what he wanted to do, which was to make films.