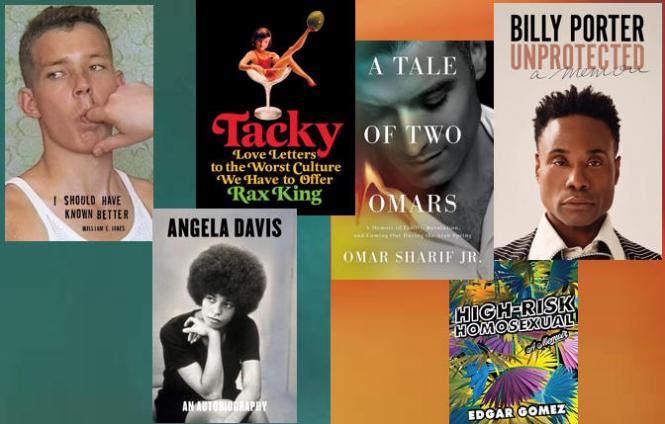 Despite these pandemic times where few things can be relied upon, one aspect of entertainment that has remained consistently interesting and attention-grabbing is the steady stream of new books by queer writers. Here's an enticing preview of exciting upcoming Fall/Winter 2021 LGBTQ books standing tall on bookstore shelves or online platforms in the coming months. 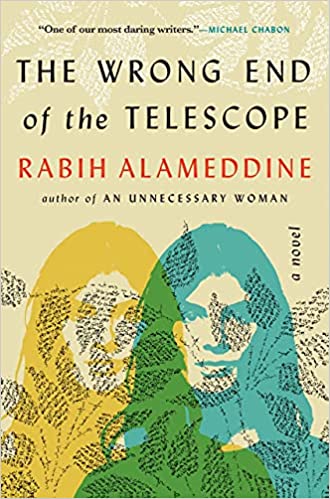 Fiction
Local queer master storyteller and National Book Award finalist Rabih Alameddine graces fans with his latest novel, The Wrong End of the Telescope (Grove, Sept.), which follows a trans Lebanese-born American doctor's voyage to assist refugees on the Greek island of Lesbos. It's both a searing chronicle of the refugee experience and a story about how family and loss can intertwine in both beautiful and tragic ways.

Dennis Cooper's I Wished (Soho, Sept.) is a thin but powerfully emotional tribute to George Miles, his friend and muse, for whom a "cycle" of five graphically written novellas were written. A literary homage to his friend and lover, Cooper fans and followers will revel in the depth, despair, and cathartic release this elegiac book strives for and unforgettably achieves in spades.

Casey Hamilton's sex-drenched romp through black gay life in the digital age in MENAFTER10 (Amble Press, Sept.) is a raw and very real glimpse into the pursuit of sex and pleasure in the contemporary arenas of sex sites and online hookup apps.

In the sequel to his impressive debut, I'm Open to Anything, artist and filmmaker William E. Jones' follow-up literary novel, I Should Have Known Better (We Heard You Like Books, Sept.), follows a young gay directionless video store clerk in 1990s-era Los Angeles who abandons his stagnant retail career in favor of art school where he meets and romances a wealthy handsome kid. Raw storytelling and character-driven shenanigans power this gritty tale of Hollywood life and the search for identity and belonging. 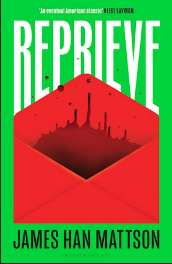 In his debut chronicling the life of a bullied gay teenager (The Lost Prayers of Ricky Graves), Korean-American author James Han Mattson drew on the experience of a real-life suicide victim. His latest, Reprieve (Morrow, Oct.), is a brilliant critique of contemporary society and culture and features four contestants with questionable histories who enter Quigley House, a fully-immersive, full-contact haunted escape room in Nebraska.

Ken Harvey's The Book of Casey Adair (Univ. of Wisconsin, Oct.) charts the coming-of-age sexual awakening of a young, impressionable American theater afficionado in Madrid in the 1980s. After a prostitute teaches him the wiles of the male body, he returns to the States to become an AIDS activist. Relevant both as a history lesson and told through a panicked pandemic-era lens much like the one we are in now, Harvey's narrative is reflective and memorable.

Creatively capturing the essence of Seoul, Korean author Sang Young Park's English-language debut, Love in the Big City (Grove, Nov.), explores the search for identity by a young gay millennial who, in a search for love, becomes enmeshed and overwhelmed by the urban glittery sprawl of Korea.

Edmund White's winter release, A Previous Life (Macmillan, Jan.), chronicles the stale, stagnant marriage between a Sicilian musician and his American wife who decide to break their mutual vow not to discuss their mutual pasts. The breakthrough of transgressions, regrets, sexually fluid confessions, and hidden secrets that follows, including a spicy gay affair the husband experienced with the author himself, guarantees pure Edmund White witty hilarity on every page. 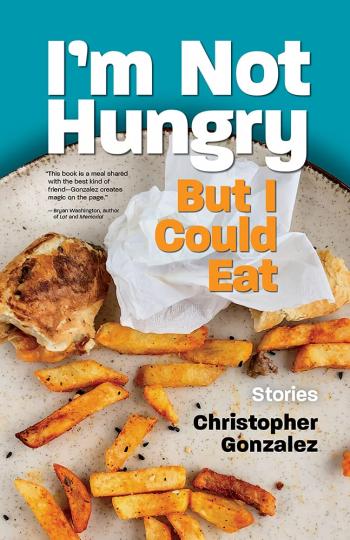 Short Story Collections
In Venita Blackburn's stylish second story collection How To Wrestle a Girl (MCD/FSG, Sept.) features partially interconnected tales charting the experience of growing up female and how a series of misfortunes can both derail and inform the young life of a girl who harbors increasingly romantic feelings for her bestie.

Brooklyn-based Latino author Christopher Gonzales presents a collection of fifteen short stories in I'm Not Hungry But I Could Eat (SFWP, Dec.) many of which follow the varying hungers and impulsive cravings of a series of gay and bisexual Puerto Rican men. Fueled by desire and longing, these men discover the joys of food, sex, and unsated cravings in ways consistently ironic and humorous.

Non-fiction
First released and edited by Toni Morrison in 1974, An Autobiography, the infamous life story of living legend and iconic activist Angela Davis is slated to be republished (Haymarket, Oct.) with a new introduction by the inspirational author herself. 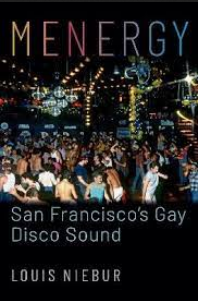 In her enticing and wildly illuminating exploration on the evolution of alcohol through a feminist lens, Mallory O'Meara probes female distillers and brewers throughout history in Girly Drinks (Hanover Square, Oct.)

In outspoken author Mattilda Bernstein Sycamore's sixth anthology, she collects 36 personal essays from a variety of writers in the collection Between Certain Death and Possible Future (Arsenal Pulp, Oct.) which examines varying perspectives of how the AIDS crisis remains a constant trauma for many and still affects generations of queer people. The persistent impact of HIV/AIDS lingers on for so many and these intimate sketches reveal how the AIDS crisis still has an indelible effect on LGBTQ life, love, and the future of queer culture.

Outspoken pop culture vulture Rax King, whose Twitter feed is aflame with the kind of witticisms you tend to keep to yourself, presents Tacky (Vintage, Nov.), a scrapbook of essays skewering all of those trashy, private, in-bad-taste items and proclivities that so many secretly adore. There's a piece of everyone embedded somewhere within this devilishly clever writer's collection.

Robert Gottlieb's Garbo (FSG, Dec.) is a definitive biography of the iconic Hollywood superstar's life and legacy as derived through the heavy scrutiny of her private papers.

Speaking of Hollywood, Boze Hadleigh delves into tinsel town lore in Scandals, Secrets and Swan Songs: How Hollywood Stars Lives, Worked, and Died (Rowman & Littlefield, Sept.), with 100+ mini-bios on stars of yesteryear, including closeted stars, some of whom came to sad declines.

Travel
The quartet of writers who collaborated on Sassy Planet (Prestel Press, Sept.) —David Dodge, Nick Schiarizzi, Harish Bhandari, and illustrator Braulio Amado— transport readers across the globe to 40 cities with vibrant gay culture and entertainment, even locations where gay activity is sanctioned. Useful as a travel guide for globetrotting readers eager to explore both local and international queer spaces and an armchair indulgence for the vicarious vagabond, progress and visibility across the world is evident in the quirky locales and pockets of queer life contained in these LGBTQ travel options. 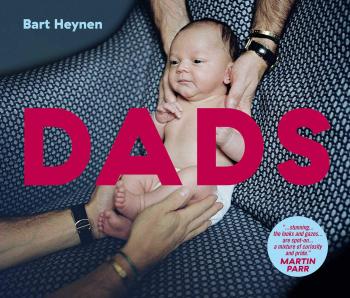 Photobooks
The gay fathers on display inside the covers of Bart Heynen's Dads (PowerHouse Books, Sept.) represent how families can form through the shapes, sizes, colors, and genders of their collective parts. Through gorgeous imagery and crisp vivid photography, Heynen conveys the significance of gay marriage and how that love and compassion can be passed down to children, whether biological or adopted. A precious keepsake, these dads with their babies are stunning to view and inspirationally conceived. 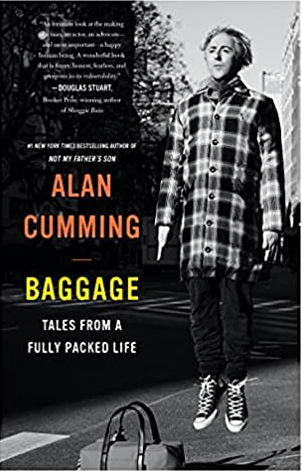 Omar Sharif Jr.'s A Tale of Two Omars (Counterpoint, Oct.) shimmers with his honest portrayal of life in the Montreal suburbs and in Cairo, memories of his grandfather's Hollywood legacy, and how he daringly came out as a queer man despite a history of abuse, homophobia, death threats, and violent backlash from the Arab world.