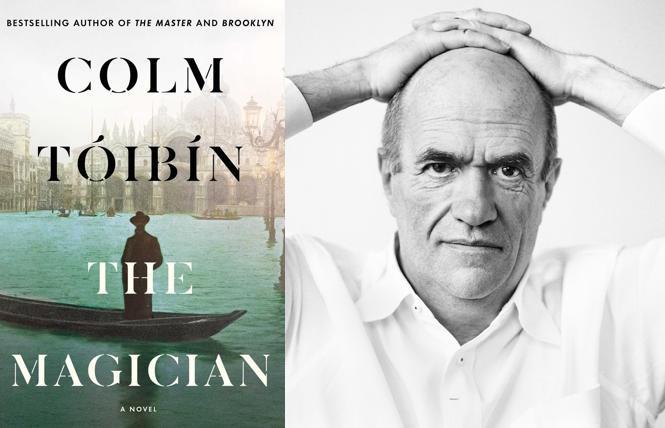 One of the lingering mysteries about the German writer Thomas Mann is how there could have been any lingering mystery about his repressed —make that sublimated— sexual desire for beautiful young men. It's right there in Death in Venice, the 1911 novella that remains Mann's best-known work, a novelization in high-flown prose of the author's obsession with a young Polish boy while on holiday with his family in Italy.

In The Magician (Scribner), Colm Toibin's just-published novelization of the Mann biography, the tale is resurrected, like the Proustian madeleine, in all subsequent examples of Mann's sweet tooth for comely youth. Not only is it not the author's best-kept secret, it's not just winked at but commonly acknowledged. Toibin's title is a reference to the moniker bestowed on Mann by his own children in recognition of their father's ability to make sexual secrets disappear.

The Tadzio tale is first retold a quarter way into Toibin's 500-page novel. Only the reader hankering for pornographic detail in Toibin's reimagining of it will be disappointed. The cover of the new book notwithstanding, there's no more "news" in it than the European tourists got during their sojourn in plague-hit Venice.

What makes Toibin the latter-day magician is his deep feeling for his predecessor. Time and again, the historical Mann is a disappointment, not only as a prevaricator about his sexual appetites but as less strong an anti-Hitler than his admirers wanted him to be. What is never in dispute, somehow, is his greatness.

The testimony to the modern novelist's craft is his ability to draw characters at least as interesting as Mann himself from the Nobel laureate's family, in particular but by no means exclusively his wife, Katia, Toibin's greatest creation here. He doesn't rescue Mann from the latent embarrassments of his sexual fantasies, which are an apt enough representation of Mann's constitutional, deep-seated shame.

"Written into their set of tacit agreements was a clause stating that just as Thomas would do nothing to put their domestic happiness in jeopardy," Toibin writes, "Katia would recognize the nature of his desires without any complaint, note with tolerance and good humor the figures on whim his eyes most readily rested, and made clear her willingness, when appropriate, to appreciate him in all his different guises."

That long sentence shows Mann's influence on Toibin. In The Master, Toibin's 2004 novelization of Henry James, his subject's genius insinuated itself into his re-creator's prose, in the intricately cantilevered sentences, but even more in the book's visionary final chapters. 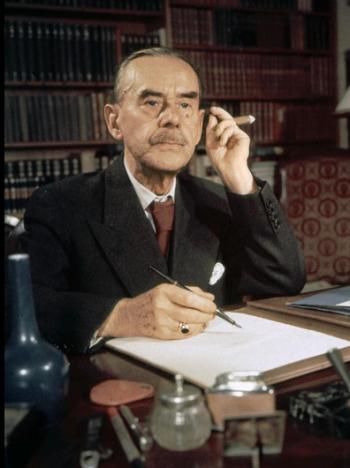 Mann and music
Continuing a practice in the earlier, finer book, The Magician walks the reader through Mann's oeuvre, chronologically and at Schubertian "heavenly lengths." As often as not Toibin's imaginings of actual music Mann would have heard —but not the premiere of Mahler's sprawling Eighth Symphony, about which Toibin is maddeningly circumspect— augment his ideas.

Where Toibin rises to the exalted level of his sources is in his extended reflection on Beethoven's String Quartet, Op. 132, which Mann convinces his violist son to play in concert. While Toibin is sage enough not to throw purple prose at the towering musical score, he does evoke the broad range of feelings the concert elicits in Mann. Among them are some hankerings after the musicians (not the only time Toibin's Mann exhibits lust for a blood relative).

More compellingly, what Mann hears more than merely the music are intimations of his own magnum opus to come, the Doctor Faustus of 1947. Almost weirdly, Toibin resists any mention of the distinctive feature of Opus 132: the 15-minute "Holy Thanksgiving for a Recovery." What Toibin supplies instead is equally soaring literary architecture of his own.

Later in the novel, an older, wiser, more seasoned Katia answers the question about her tolerance of her husband's wandering eye with the clipped observation that her own father was a philanderer. She is content Thomas spares her the indignities of skirt-chasing.

The children, themselves more sexually fluid if no less wounded by same-sex eros, seem somehow more scarred by their magician-father's sleights of hand.

"You are a great man. Your humanity is widely appreciated and applauded," Michael writes to his father about the funeral of his brother Klaus, the family's other novelist, and homosexual, which Thomas does not attend. "I am sure you are enjoying loud praise in Scandinavia. It hardly bothers you, most likely, that these feelings of adulation are not shared by any of your children."

Perhaps it's best that Toibin doesn't treat Thomas' sexuality as a problem to be solved. Still, it's hard not to conclude that somehow Thomas has gotten away with something.

"Like his own Felix Krull, he had not been found out," the author concludes, with less than resounding conviction.