Greek love in the ranks: The Sacred Band's 300 lover-warriors 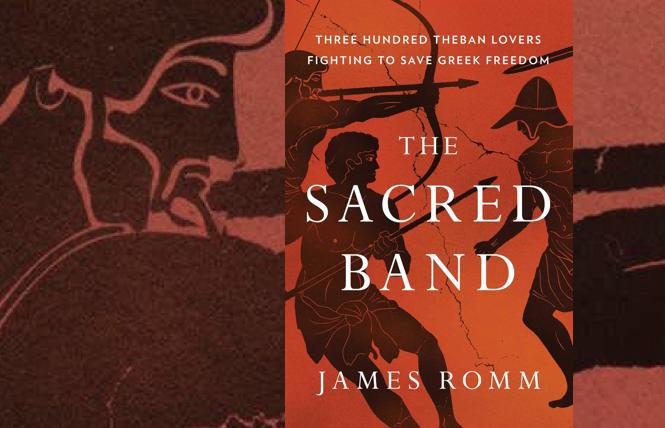 An architectural dig on an ancient Greek battlefield, returned to in 1880, unearthed a surprising find: a mass grave of Theban soldiers carefully and deliberately buried in pairs. Make that couples. The men had fought and died as lovers, recognized as such by their countrymen.

In The Sacred Band: Three Hundred Theban Lovers Fighting to Save Greek Freedom (Scribner), classics scholar James Romm doesn't just tell: he tells all. Nearly a century and a half after the discovery, sensationalism would have been a poor strategy in relating the story. Instead marshaling all the evidence and putting it all in an hugely compelling narrative, Romm, a professor at Bard College, has produced a study with the acumen of a brain trust and the pace of a summer movie. This is no ordinary scholarship.

Romm chronicles the final decades of the Greek struggle for freedom, from 379 B.C. to the 332 B.C. rout of the city-state of Thebes by Philip II of Macedon and Alexander the Great, the latter the legendary warrior whose arrival on the historical scene Romm masterfully foreshadows throughout his book. That battle, at the ancient site of Charonea, was the last stand of the unique fighting force known at the time as the Sacred Band. Romm calls it "the most consequential battle fought on Greek soil."

Judging from the blows visible on the skeletons, it was also a fierce one. But when the men were interred, their bodies were laid out in a highly deliberate formation. In many of the pairs, the soldiers were buried as they had fought: literally arm in arm. In no way is Romm making an easy generalization about "those" ancient Greeks.

In his presentation, these men were an elite force known at the time as the Sacred Band. Celebrated, honored and lionized (again, literally, by way of a statue of a lion erected over the gravesite), these Theban men saw doing battle alongside —and therefore in significant part for— their lovers as the key to their special valor, even its essence.

Spontaneously called into what would eventually become their customary battle formation, these soldiers were held in the highest regard by their fellow countrymen and equally, Romm makes plain, reviled by their enemies in the wars for freedom, national identity and, ultimately, domination that rocked the rival city-states of Athens, Sparta and Thebes in the long last gasp of Greek democracy. 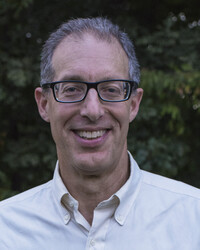 Life in wartime
Those wars provide the narrative through-line in Romm's work. Drawing on a plethora of sources ranging from the chronicles of ancient historians to matters passingly addressed in in speeches that survive in the historical record, he provides accounts of the individual battles that are cinematic in their sweep. You do not have to be a classics scholar or even in particular a devotee of war writing to be swept up.

Every bit as compelling are the author's ventures into related matters, which put some tantalizing flesh on the historical skeleton. Romm is uncommonly adept in connecting the strands of myth and legend that merge they into the historical record, and at finding links to issues as current as those of our day (the Olympiads!), often with an appreciable if subtle sense of humor.

He doesn't just cite the contemporary historians and later commentators, including the Roman, Plutarch, he takes them on. His clear admiration of, but not to say dependence on, the Xenophon of the Hellenica does not blind him to some of that critical scribe's homophobia.

Having established that eros was as important to the Spartan understanding of manhood as it was to the Thebans, Romm spots and calls out Xenophon's subtext that, while the Spartans would have recognized the sexual attraction between and among soldiers, they would have had the superior moral fiber not to act on it.

"Philosophy and soldiery marched hand in hand among the Greeks," Romm observes, and some of his most compelling writing takes a deep look into attitudes about and the practice of homosexuality by the likes of Socrates and Plato, again without resort to easy generalization. Similarly, his examination of the dynamics of age disparity within the couples is consistently revelatory rather than dismissively judgmental.

In some of his most searching writing, often in the italicized introductions to chapters, Romm traces the influences of Sacred Band lore on later campaigners for gay rights and recognition, Walt Whitman and the British Hellenist John Addington Symonds among them. Not glossing over as simple yet important a fact as that there were not precisely 150 paired skeletons in the grave at Charonea, he scrupulously documents his assertion that "the number three hundred held a talismanic charge for the Greeks."

It's the intellectual and dramatic charge of Romm's investigation of the Sacred Band that makes this immensely readable book bracing summer reading rather than, for even a page, dry scholarship.