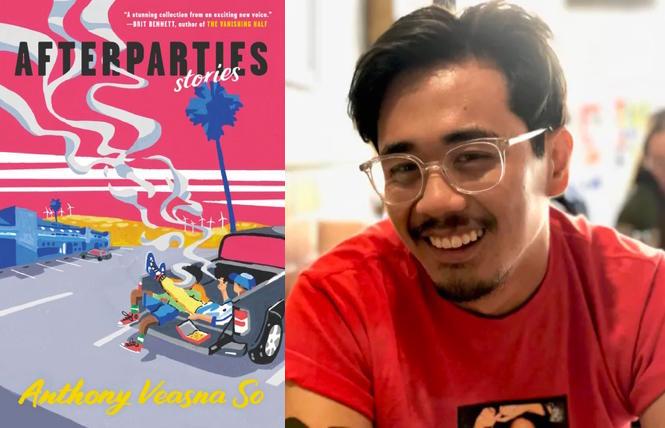 the late author Anthony Veasna So

When an artist dies young, even before they became famous, it can be a challenge to separate assessment of their art from their tragic ending. Do we like their creation on its own merits or because of their premature demise recognizing this is likely the end of their work?

This conundrum happens to be the situation with Anthony Veasna So, who died of a drug overdose on December 8, 2020 at age 28 in San Francisco where he lived. Only now is his debut collection of stories being published.

So described himself as a "queer boy, a Khmer-American son of former refugees, a failed computer scientist, a grotesque parody of the model minority, and a graduate of Stanford University."

A native of Stockton, California in the Central Valley, he was born to Khmer parents who had fled Cambodia during the genocide under the Khmer Rouge. He taught at Syracuse University, Colgate University, and the Oakland-based Center for Empowering Refugees and Immigrants. He dabbled in stand-up comedy, photography, and painting. And as an undergraduate he helped publish several graphic novels.

At Stanford he met his partner, Alex Torres, next to whom he died while finishing edits for this book. In the acknowledgments, So credited Torres: "You wrote these stories with me."

His New York Times obituary mentioned that Afterparties had been the subject of a bidding war between publishers; the winning publisher, Ecco (an imprint of Harper Collins), had offered him a six-figure sum for two books. So was on his way to becoming a literary superstar before his unexpected death, which has devastated his family, colleagues, and authorial admirers such as George Saunders, Mary Karr, and Roxanne Gay, who picked Afterparties for her monthly book club.

Torres mentioned So was an occasional recreational drug user "but he didn't always know when or what his partner was taking." When So came out to his family in college, he was also diagnosed as bipolar. His passing has stunned Asian American and queer writers eager to witness the launch of a promising author's career, especially since the Cambodian minority has been so poorly represented in American fiction.

Afterparties contains nine occasionally-linked stories, two having already published in The New Yorker. What links all the stories together is that —directly or indirectly— many of So's characters are haunted by memories of genocide, especially the older parents, aunties, and uncles who experienced this trauma before escaping Cambodia.

But this never-ending wound continues to affect the succeeding generations. For most of the protagonists, genocide is either a forbidden or repressed event or one they can't stop talking about it, seeing it as ever-present in their current lives. 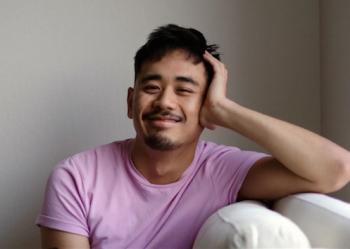 In one of the best stories, "Three Women of Chuck's Donut," a father screams at his teenage daughter, "There were no ice cubes in the genocide," when she insists on putting them in a glass of water she's drinking. The story revolves around a struggling family-run business in a crime-ridden California Delta neighborhood owned by a Cambodian immigrant named Sothy, who invented the American name figuring it would lure in more customers.

Sothy has two daughters and they are all coping with the absent father who deserted them to start a second family with another woman. A middle-aged man comes in every night to order an apple fritter, but he never eats it. The daughters think he must be Khmer but they aren't 100 percent sure. When they actually get a chance to talk with him, they will be shocked at who he really is.

So is adept at showing how the American penchant to redefine one's identity can clash with having to wrestle with the demons your ethnic/sexual/gender history imposes on you, but he disarms potentially devastating conclusions with hilarious, profane wit. He's able to juggle ruthless honesty about a national trauma with laugh-out loud comedy, a balance very difficult to maintain.

From So's perspective, the tyranny of the past never seems to end. In "Maly, Maly, Maly," Maly is getting high while her family prepares for a party where monks will assert that her cousin's baby is the reincarnation of Maly's mother, Somaly, who though she survived the Cambodian genocide, later committed suicide.

Some of So's characters are reintroduced into other stories. In "Somaly Serey, Serey Somaly," the cousin's baby, Serey, as an adult, is a nurse caring for the great-aunt who parented Maly after her mother's death. Ma Eng, the great-aunt, is suffering from dementia but she insists Serey is her dead niece. Serey has to decide whether she can embrace this cumbersome legacy or pass it off to Maly's daughter.

"Part of me wonders if the new generation should be allowed some freedom from the dreams of the dead...But I'm also tired and don't see any other path. I need the dreams to stop. For once, I will preserve the self I want."

Another highlight is "Human Development" about Anthony, who teaches a diversity course to private school kids. At a tech party, he connects with an older Cambodian guy on Grindr and they begin a relationship. He later meets a younger Caucasian guy and begins an affair. He has to decide how much he will allow his own historical past to define him, as he must choose which if either man he wants and why.

So is proficient at sketching all the sights, sounds, and smells of life in the Central Valley, that these people become family to us, despite their foreign pedigree. However, this isn't typical immigrant literature, with So satirizing the all-too-familiar conventional and assimilative tropes associated with this clichéd genre.

Although we are often howling at the pop culture references and the acerbic attempts of his protagonists to assimilate into an alien culture, heartbreak always manages to seep to the surface. While So isn't chained to history, it can't be avoided. Somehow this atrocious past needs to be re-envisioned and integrated so life for Cambodian-Americans can move forward. As with all excellent minority literature, it is through the minutely-reported particulars that universal human truths emerge.

While artful, satirical, and wreaking pathos, these stories' rawness and unflinching candor probably will not cast a spell on every reader. After finishing Afterparties, our instinctive first reaction is to grieve the termination of a bold, innovative, new voice. So invited us fictionally into an unfamiliar subculture we barely knew existed and now is firmly and nervously anchored in our collective literary unconscious.

Remember that the U.S. government's illegal bombing of Cambodia (1969-1973) indirectly led to the later rise of the Khmer Rouge regime's mass murder, memories seared into all Cambodian-Americans' consciousness with repercussions for all U.S. citizens.

Perhaps we are too near So's tragedy to fully assess the magnitude of this loss. One can only hypothesize how this complex stew of race, sexuality, family, and tarnished history may have adversely affected So emotionally.

Ecco has announced that a second book, tentatively titled Songs on Endless Repeat, will be released in the first half of 2023 and will include chapters from So's novel-in-progress about three Khmer cousins —a pansexual rapper, a comedian philosopher, and a hot-headed illustrator— as well as nonfiction essays.