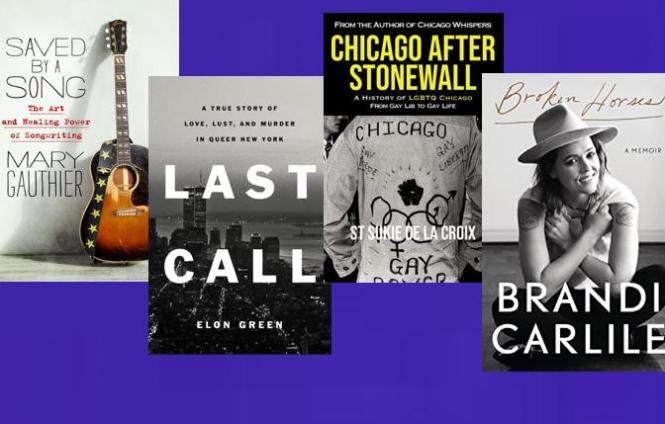 Pride festivities for 2021 still seem to be up in the air or not taking place. Nevertheless, there are other ways of displaying your pride in being a member of the LGBTQ+ community, including reading a book by a queer writer or ally.

Out music
Broken Horses (Crown) by Brandi Carlile — Queer Grammy winner Carlile has been on a thrilling streak. Her lauded 2018 album By The Way, I Forgive You greatly expanded her following, her collaboration with country legend Tanya Tucker was a triumph, and her ascension to alternative Americana goddess continues at a rapid pace. She can also add writer to her resume with this stunning memoir in which she tells her story in unvarnished detail.

Saved By A Song (St. Martin Essentials) by Mary Gauthier — With advance raves from the above-mentioned Carlile, as well as Amy Ray of Indigo Girls, Wally Lamb, Sarah Silverman, Emmylou Harris and Led Zeppelin's Robert Plant, Saved By A Song, by Grammy-nominated lesbian singer/songwriter Gauthier, is described as "part memoir, part philosophy of art" and "part nuts and bolts of songwriter," and is thoroughly revelatory.

Out of the past
Last Call: A True Story of Love, Lust and Murder in Queer New York (Celadon) by Elon Green — Far from your typical true-crime tome, this debut book from straight journalist Green is a sensitive and respectful page-turner, the very definition of a must-read, that takes readers back 30 years or more to a time when the "Last Call Killer" was murdering gay men on the East Coast.

Chicago After Stonewall: A History of LGBTQ Chicago From Gay Lib to Gay Life (Rattling Good Yarns Press) St Sukie de la Croix — Picking up where he left off with the well-received Chicago Whispers: A History of LGBT Chicago Before Stonewall, de la Croix, the living patron saint of gay history, takes readers on a journey over the course of 61 chapters, following the Stonewall riots and the birth of the Gay Liberation Front through Pride Week 1975 and the launch of Gay Life, Chicago's first regularly published gay newspaper. 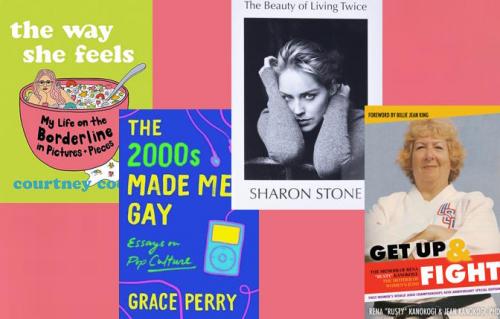 Memorable memoirs
The Beauty of Living Twice (Knopf) by Sharon Stone — Oscar nominee Stone (1995's Casino) gained some LGBTQ+ fans for her portrayal of notorious bisexual Catherine in Basic Instinct (1992), which she writes about, as well as surviving a 2001 stroke in her first book, a memoir "for the wounded" and "for the survivors."

The 2000s Made Me Gay: Essays of Pop Culture (St. Martin Griffin) by Grace Perry — Perry, a queer millennial born in 1989, whose formative teen years (2002-2009), and the pop culture she devoured in her teens, serve as the inspiration for the 12 essays, including "The Gospel According to Mean Girls," "Taylor Swift Made Me a u-Haul Dyke" and "Real World Gays and Real World Gays," in her debut collection.

The Way She Feels: My Life on the Borderline in Pictures + Pieces (Tin House) by Courtney Cook — A unique graphic memoir with text and illustrations by the author, provides the reader with firsthand details of Cook's experience of living with borderline personality disorder, from symptoms to diagnosis, to "finding her way — and herself — one day at a time."

Get Up & Fight: The Memoir of Rena "Rusty" Kanokogi, the Mother of Women's Judo (All She Wrote Productions) by Rena "Rusty" Kanokogi & Jean Kanokogi, PhD — Published posthumously and co-authored by her daughter, with a foreword by Billie Jean King, Rusty's memoir follows her path from Brooklyn teen girl gang leader to judo champion to her accomplishment of earning a place for female judo athletes at the 1988 Olympic Games in Seoul and beyond.

What Wasn't I Thinking?: A Memoir of Rebellion, Madness, and My Mother (Querelle Press) by Sebastian Stuart — To say that Ferro-Grumley Award-winning gay novelist and playwright Stuart has had a life is an understatement. The longtime partner of novelist Stephen McCauley, as well as the son of film producer Walker Stuart and his wife, Life Magazine's entertainment editor Jozefa, Stuart has turned his life into a riveting and raucous memoir. 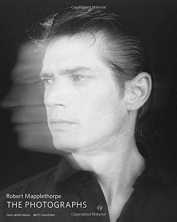