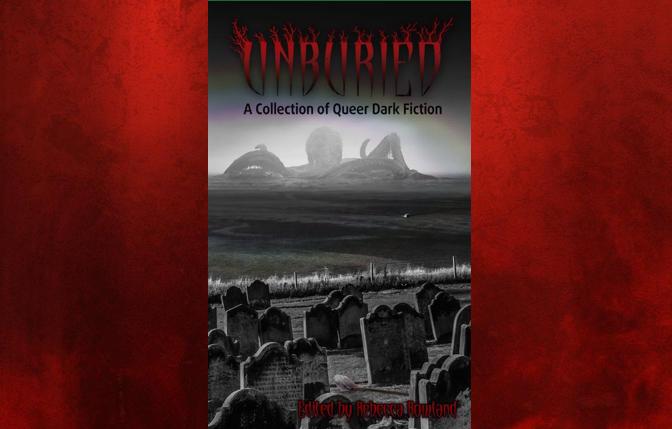 In Unburied: A Collection of Queer Dark Fiction (Dark Ink, AM Ink Publishing), Editor Rebecca Rowland has selected a diverse array of stories from the short and sweet to longer ruminative tales. After reading just a few stories, penned by acclaimed writers around the world, you might be inspired to check under your bed for a goblin to two.

The stories vary from those with ghouls and supernatural creatures to thriller focused reality-based tales. M.C. St. John's two dads deal with a frightened son; his 'Underbed Witch' keeps him sleepless. But it's only a dream, or is it?

In "Night Follows Night," prolific crime and supernatural writer Greg Herren follows an anxiety-ridden man during a shopping trip where he seems haunted by members of a cult that he escaped long ago.

Stare into a "Flawed" mirror, where Felice Picano's dark fantasy tale offers a portal to another world and an opportunistic escape for a secretive customer.

Shifting gears to science-fiction realms, "When the Dust Settles" by Sarah Lyn Eaton takes us off-world, where mining laborers are as expendable as the automated body parts they require after accidents. But where does the human end and the robotic appendage begin?

Also set in a scifi future, J. Askew's "Cut Off Your Nose to Spite Your Race" follows Harper and Scarlett's ordeal on a Mars colony, where women are forced to breed children or be laborers.

An even more deadly iteration of COVID sweeps the futuristic world of Daniel M. Jaffe's "The Procedure," with eyeball-puncturing drones and lockdown paranoia.

Terror can be found in the present and in more realistic settings. Thomas Kearnes' "I Can't Wait to Become a Man" expansively explores not supernatural terror, but the reality of addiction and violence in Texas.

The death of her partner drives Dana to a therapist in Laura DeHaan's "Open Up and Let Me In," were revelations about her lover's death —visualized by apparently moving framed photos¬— drives her over the edge.

Spooky stories aren't always told from the perspective of the victims. Christina Delia's "Moi Aussi" begins clearly from the deceased point of view, with "One of the things I miss most about being alive..." Two silent film era actresses who never quite made it to stardom endure through the years in the mansion where they died. Long after their celluloid images fade, they seek revenge on Hollywood's subsequent heinous horrible ones.

Laramie Dean's "The Other Boy" unnerves as a ghoulish teenager haunts a teen boy's nights. But things get even worse when he manifest himself as a live boy who's invited to stay with his family. The lines between sexual abuse, necrotic allure and gay rebellion mix in unexpected ways.

One of the best tales; Elin Olausson's "Razor, Knife" introduces us to Tommy and Bell, two somewhat creepy cousin teenagers who like to hang out in the local cemetery while making lists and wishing the death of others: jocks, moms. When a new pastor and his family move into the nearby rectory, the handsome son tries to befriend the duo, who are often mistaken as twins because of their similar gaunt features. A twinge of desire is contorted into hatred as Bell coerces Tommy into a dastardly crime.

Prepare to be taken to other worlds, be they on distant planets, or under your bed.
Unburied is available in print, ebook and audiobook formats on June 1. 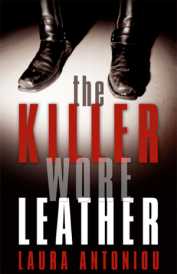