Michael Nava's 'Lies With Man' brings back the mystery 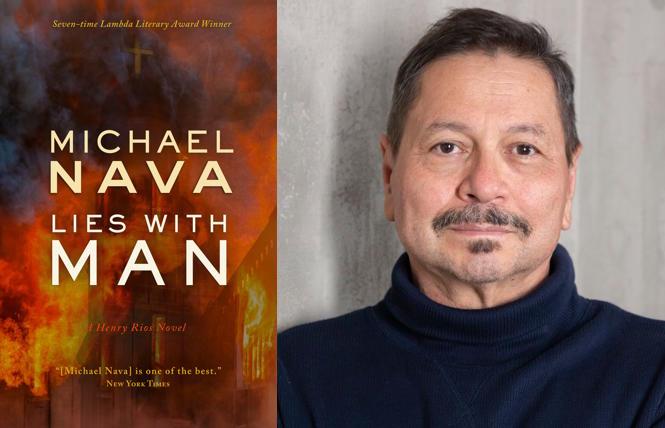 Attorney and prolific author Michael Nava's impressive, engrossing ninth mystery novel in his Henry Rios detective series flashes back to the 1980s where big hair ruled, neon lit up the night, and the dark storm clouds of the AIDS epidemic began collectively chewing their way through gay communities on a global scale.

For readers unfamiliar with the series, Henry Rios is a gay Mexican American attorney in Los Angeles who, in the past, has primarily battled against homophobic murderers. In this new entry, he is charged with defending a man accused of the murder of an evangelical pastor —a heinous crime he may or may not have committed.

Nava's narrative will be particularly nostalgic for a certain demographic of readers who came of age in the 1980s, a time when politicians believed it better to lock away those with AIDS and sequester them from public view. This was most evidenced in the creation of a Draconian California state voting proposition, whose legal language opens the novel, and was a very real measure appearing on the November, 1986 ballot and authored by notorious homophobe Lyndon LaRouche.

In Nava's new novel, Lies with Man, this initiative has been unsurprisingly lauded and fully supported by an evangelical church called Ekklesia. While the church's hierarchy and congregants remain staunch proponents, it is the institution's pastor, Daniel Herron, son-in-law of Ekklesia's founder, who curiously seems to show some leniency.

When the church is bombed, Daniel is killed and local gay activist Theo Phillips is arrested and charged, probably due to his involvement in the outspoken radical group, Queers United to End Erasure and Repression. Desperate to plead his innocence, Henry Rios rushes in to defend him and doubles down on the case without hesitancy.

Though Phillips claims he was collaborating with his conniving boyfriend Freddy at the time of the bombing, the plot further unravels to reveal the true perpetrator as the story gets even murkier to involve a nefarious homophobic plot devised by the church and local police.

Adding even more intrigue is the subplot of detective Rios falling deeply for Josh, a local waiter and Theo's roommate, as well as a man who happens to be HIV-positive.

Nava nails many details of the 1980s era with exacting details and a flare for the tone and demeanor that suffused so many in the gay community fighting for both their right to co-exist as equals in society and literally battling for their lives against a disease whose malevolence knows no bounds.

Running alongside the main plot are other intricate narrative strands that are just as intriguing. Rios's love for Josh brushes up against the HIV sero-status-mixing conundrum which was a very serious romantic consideration in the 1980s when AIDS was infecting wide swaths of the gay community and no one held a clear-cut idea of how to avoid becoming yet another victim. Also, Pastor Herron has deeply-held secrets as well, including harboring a gay teenaged son whom he strives to protect from harm.

Nava is a seven-time Lambda Literary Award-winning author who captures the true positive spirit of 1980s California, both through the boundless resiliency of the gay community in the face of police bullying and religious bigotry, as well as in the unsinkable pride the community embodied despite such seemingly insurmountable challenges.

Readers familiar with the Henry Rios volumes will find much to savor here in this gritty, vigorous page-turner, and those new to Nava's literary brilliance may want to start with the series opener and beyond to truly relive Rios in all his gay crime-busting glory. 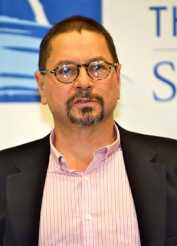