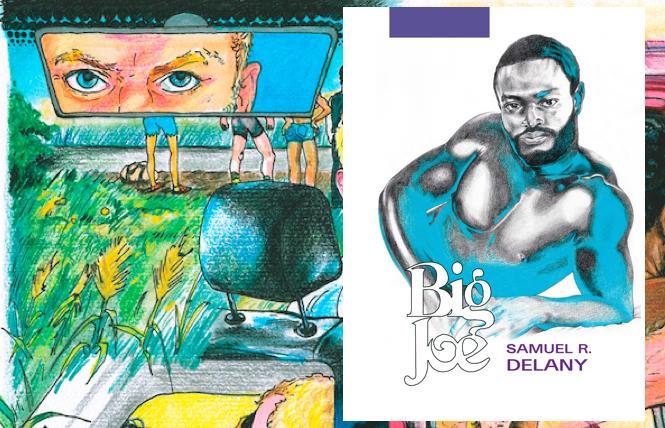 Born in Harlem in 1942, award-winning author Samuel Delany published his first novel at age 19 and his oeuvre to date contains more than 40 works which encompass a wide swath of diversified genres.

Vastly underrated and underappreciated, Delany's latest creation is a racy, pungent illustrated novella of explicit gay erotica inspired by and dedicated to childhood friend Kenroy Thorsten "who started it all on the first night of summer camp in the boys' bunk-five tent in 1952."

Upon their post-coital introductions, the men will come to be known as Uncle Shad and Uncle Tommy, two men living in Lot-8, a trailer park in the bosky High Meadow area with a sleazy reputation for the kind of orgiastic debauchery more popularly found in the steamiest of bathhouses. 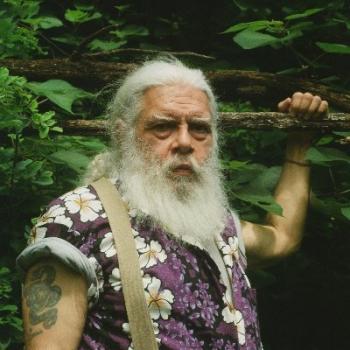 The park's overlord is Big Joe, who, besides boasting about having the biggest package in the entire camp, is the 21-year-old exhibitionist leader of all things concerning the living accommodations at the sex-drenched Lot-8, where "all the weird people, the interracial relationships, and the gay people" coexisted in harmony.

While intended to be hot, depraved, and deliciously raunchy, there are ribbons of humor running throughout the story, which can get so racy and nasty (the good kind, of course), it's difficult not to fall into hysterical laughter over the sheer volume of vulgar smutty talk and nasty grinding which appears on nearly every page.

Color illustrations by Drake Carr and Sabrina Bockler are scattered throughout and provocatively enhance and decorate the deliciously filthy set pieces the author has so meticulously created.

Readers unfamiliar with Delany's legacy and body of work will want to begin with his memoir and essay collections to get a more well-rounded sense of the writer and the man. Those books will ultimately lead to this enticing new raunch-fest of unrestrained carnal energy, desire, and genuflection at the altar of the male body, making pornographic devotees of us all.