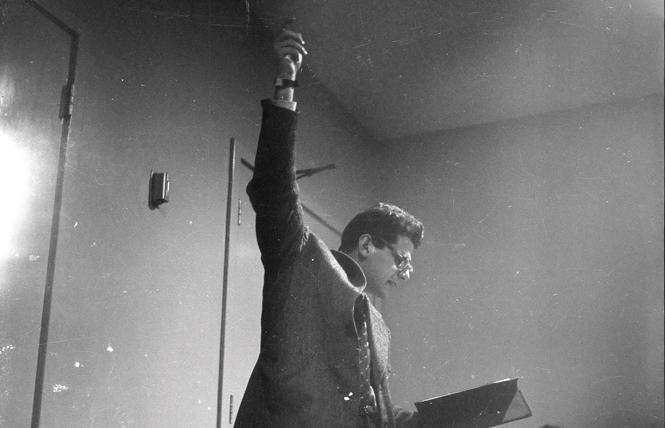 It was the poem that defined a generation. "Howl," the defiantly gay manifesto that Allen Ginsberg read aloud for the first time at a Six Gallery public reading in San Francisco in 1955, railed against the life-snuffing hetero-oppressive conformity of the 1950s.

That the poem's coming out party, so to speak, came just a few months after the somewhat closeted Leonard Bernstein's 40-minute opera, Trouble in Tahiti, opened on Broadway, was no accident. The myths of the '50s were crumbling as lives filled with boredom, addiction, and adultery threatened to burn through the calico curtains and perfectly manicured lives and lawns of suburbia.

But where Bernstein turned to ironic lyrics and catchy tunes to rail against the deadening absolutes of the Eisenhower/McCarthy era, Ginsberg howled against a society that had driven so many of his Beat comrades to alcohol, drugs and death.

Also reading at the San Francisco gallery were Gary Snyder, Philip Whalen, Philip Lamantia, and Michael McClure. Jack Kerouac, whose brilliant light was snuffed out by alcohol all too soon, was in the audience during that first reading. So were Neal Cassady and the future publisher of "Howl," the recently deceased Lawrence Ferlinghetti, who had not published On the Road when everyone came together for a memorable night that no one thought to record. 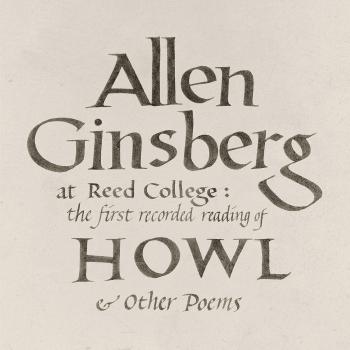 For many years, it was thought that the first recorded reading of "Howl" took place in Berkeley's Town Hall Theatre on March 18, 1956. But on the 13th and 14th of the month before, Ginsberg and Snyder traveled to Portland's Reed College for a series of readings that included "Howl." Until 2007, when a reel-to-reel analog tape of Ginsberg's readings was discovered in the Reed Hauser Memorial Library, no one recalled that Ginsberg's Valentine's Day reading had been recorded.

Finally, on April 2, Ginsberg's historic Valentine's Day reading of "Howl" and other poems will be released by Omnivore Recordings on CD, LP, and in multiple streaming and download formats, including 24/96 hi-resolution. Ginsberg was tired that night, taking frequent sips of something during a recitation of eight poems that began with what was later published as "Love Poem on Theme by Whitman."

He hadn't planned to read "Howl," which he'd read the night before, but acceded to audience request. Weary, he takes a break in the middle, adds some commentary, and then continues. Occasional nervous laughter can be heard from at least one member of the audience, but the recording is extremely clear. Before Ginsberg reaches the end, however, he finds the experience too emotionally draining and stops. 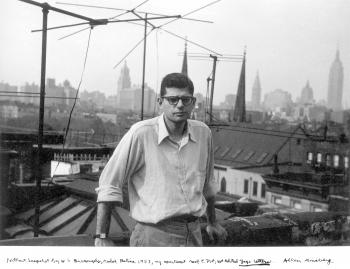 This is not the only available recording of "Howl." You can find one live version from Chicago's 1959 Shaw Festival on Fantasy Records' 1959 Allen Ginsberg: Howl and Other Poems. Some of the other poems were recorded in studio in June of that year. The Berkeley reading is preserved on the four-volume box set, Holy Soul Jelly Roll: Song & /Poems. Each version is unique, but all are filled with the energy and fury that eventually stirred an entire generation to its feet.

One advantage of the new issue are the extensive detailed liner notes by Dr. Pancho Savery, Reed College Professor of English & Humanities. Savery presents what amounts to a secular exegesis of one of the biblical books of the Beats, explaining its myriads roots and references.

You'll read about the cadences of tenor saxophonist Lester Young, which Ginsberg himself cites as an influence on his poetry during a break in the Reed College reading, and gain insight into Ginsberg's fury at the push toward "normality" which he encountered during his 1949 confinement to a psychiatric hospital.

Ginsberg's friend Carl Solomon, to whom "Howl" is dedicated, was incarcerated with him when the hospital's doctors tried to convince him that homosexuality was wrong. Speaking personally, as someone who lived in New York's historic 17th St. Gay Men's Collective in 1970 and saw the toll that mental hospital incarceration and anti-homosexual indoctrination had taken on three of my fellow collective members, I can relate.

On the third night of the Stonewall Uprising, Ginsberg visited the bar with Village Voice reporter Lucian Truscott and said, in part, "We're one of the largest minorities in the country, it's about time we did something to assert ourselves... You know, the guys [dancing] there were so beautiful. They've lost that wounded look."

As Ginsberg reads "Howl," you will hear, feel, and taste those wounds. It's an experience like no other, from an awakened genius who has embraced the full wonder of his supposed sins. As Ginsberg intones during his priceless Reed College "Footnote to Howl," the "tongue and cock and hand and asshole" are holy.