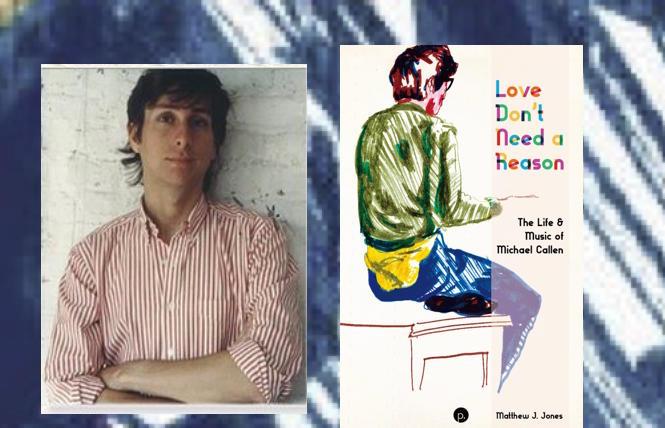 Michael Callen (1955-1993) is not as well remembered today as he deserves to be. But during the peak years of the AIDS crisis, Callen was known the world over not only for his AIDS activism, but for his music. Callen was a gifted singer-songwriter who made a name for himself both as a solo artist and as a member of the gay a cappella singing group The Flirtations. But it was his AIDS advocacy for which Callen made his greatest impact.

Callen loved being gay, and he loved sex, celebrating both unashamedly. In 1983, soon after his own AIDS diagnosis, Callen published How to Have Sex in an Epidemic: One Approach, which he wrote in collaboration with his friend Richard Berkowitz and Dr. Joseph Sonnabend, his physician. Callen was one of the earliest proponents of safe sex. Ironically, some in the community attacked him for his stand.

The legacy of Callen is now remembered in Love Don't Need a Reason: The Life and Music of Michael Callen, a new full-length biography by gay historian Matthew J. Jones. The book is a riveting account of Callen's 38 year sojourn on Earth and leaves little out.

"Telling LGBTQ stories, especially untold or overlooked stories, motivates everything I do," Jones told the Bay Area Reporter. "As someone who grew up in the shadow of the AIDS epidemic, whose notions of what it means to be a gay man are fundamentally shaped by the epidemic, I've also been very interested in that history too."

Jones recalled that when he was a graduate student in Critical and Comparative Studies at the University of Virginia, he noticed that few music scholars had addressed the AIDS epidemic. He wondered why and began poking around online. He found, to his delight, thousands of songs in a variety of genres that addressed AIDS.

"In footnotes and asides, I kept bumping into this name: Michael Callen," said Jones. "And at some point, I saw a reference to his music. So, I turned to my favorite scholarly database, YouTube, and found a number of clips of interviews, live performances, etc."

Jones noticed that many of the Callen videos had been posted by a user named BettyByte, who turned out to be Richard Dworkin, Callen's surviving partner. Jones contacted Dworkin, and a friendship ensued. Jones visited Dworkin in New York and was treated to a huge private archive of Callen material. Dworkin also pointed Jones toward the Michael Callen Papers at the New York LGBT Community Center National History Archive, and helped Jones contact friends, colleagues, and family members of Callen's. Jones knew he had to tell Callen's story.

The author recounts Callen's difficult midwestern childhood, where it was obvious early on that he was different. Callen had a tempestuous relationship with his parents, though there's no denying that they all loved each other. Jones follows Callen on his move to New York City, where Callen embraced the promiscuous gay life of the period while pursuing a career as a singer. Diagnosed with HIV early in the epidemic, Callen became a fierce advocate of safe sex.

"Michael loved sex, and even in the midst of the emerging epidemic, felt that we needed to find ways to have safe, life affirming gay sex," Jones said. "Though he also suggested that gay men temper their trips to the baths or cruising until more information was known about AIDS."

This stand was not well received by some in the gay male community, a community which, at the time, viewed sex as a revolutionary act. Jones does not shy away from describing the attacks that Callen endured from within the community.

"This will get me in trouble," Jones said. "But I really do see that a lot of leftist politics get caught up in these cannibalistic, intra-community fights. That's not to say that we shouldn't argue among ourselves. We have to. We must. It's part of the process of coalition building, and it's how marginalized voices within our various subgroups and communities make their concerns known.

"However, there are also examples of how that kind of infighting can stall the engines of progressive movements. So, it's a very careful balancing act, and it's also a reminder that none of our communities is a monolith. There's diversity, dissent, and divergence alongside the things that bind us together. In a sense, I guess that's also the heart of a pluralistic, democratic society."

But Jones acknowledges that at times the infighting can go too far. He recalls the problems Callen had with Gay Men's Health Crisis, an AIDS service organization founded in 1982. Early leadership of GMHC went out of their way to squash Callen's efforts to educate gay men about AIDS.

The book also goes into detail regarding Callen's musical career. There's a lengthy section which describes the struggles Callen went through in order to complete Legacy, his second and final solo album. Callen was quite ill when he recorded the tracks, but he was determined to see the project through and soldiered on. 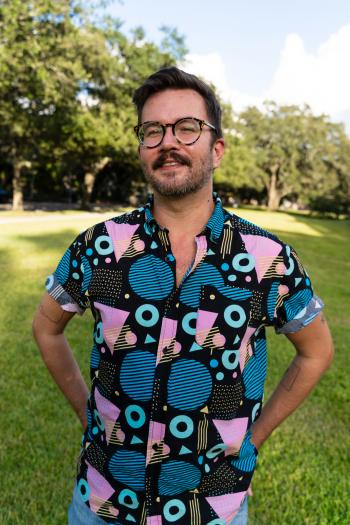 Sadly, he did not live to see the release of the album, which was issued posthumously. The book also documents Callen's decade long love affair with Dworkin, who is now the executor of the Michael Callen Estate.

Though a bit on the long side, Love Don't Need a Reason: The Life and Music of Michael Callen nonetheless serves as a remembrance not only of an extraordinary activist, but of a time in gay male history that must never be forgotten. So many young LGBT people of today have no idea about what the community went through during the 1980s, when people fought back even as they lay dying. Jones takes readers back to that era and brings it to life. He does so while imbuing an enormous amount of respect not only for Callen, but for all those who loved him.