Past Tense: Zak Salih's 'Let's Get Back To The Party' 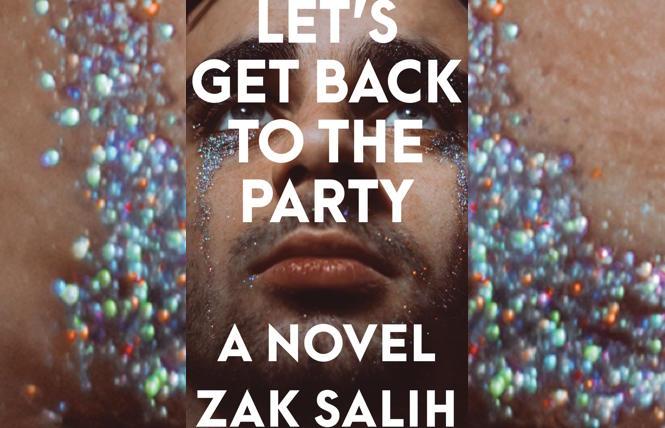 Washington, D.C. writer Zak Salih's striking literary debut, Let's Get Back To The Party, chronicles the ongoing reunion of two gay men who were friends throughout childhood yet became estranged by the ebb and flow of adult life.

Sebastian Mote, an art history teacher in northern Virginia, is attending the newly Supreme Court-advocated marriage of two men with his co-worker Dani, who is eager to lift his sagging spirits. Sebastian has been melancholy since his longtime boyfriend Jake abandoned their "experiment in domesticity" in favor of a marketing job in California and left without much warning or fanfare.

At the wedding, Sebastian spies Oscar Burnham, the buddy from his younger years whose family packed up and left the area abruptly. Their reunion is a study in how much they've both grown up and how far apart they've drifted from the scared, burgeoning youth they once were.

Sebastian is sullen yet hopelessly romantic and wants the white-picket-fence-forever gay nuptials while Oscar laments how "everyone's a victim of marriage fever ... everyone's conforming, shacking up instead of hooking up."

The men are a study of opposites: Sebastian is nostalgic and Oscar, who is easily irritated by women in gay bars and shaved pubes, is busy planning a sex date on the day of the wedding because, in his mind, "What better way to toast the evening's conformity than with an empty, casual fuck." 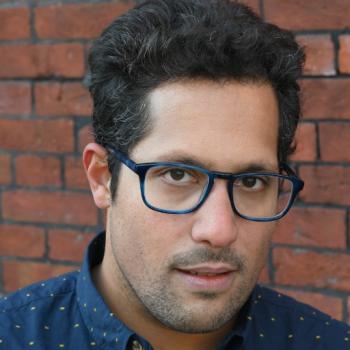 As an educator, Sebastian marvels at how this new generation of young individuals at his school so easily embraces their sexuality and its fluidity. It's a drastic difference from the flashbacks Salih peppers throughout the narrative which present him as a shy, insecure boy uncertain of what to make of his burgeoning feelings for other young men.

Both men's lives begin intertwining and are refreshingly challenged by new seemingly uncomplicated relationships that soon hold their own potential for worry. Sebastian befriends a younger student and must skirt the flames of lust licking at his heels while Oscar becomes enmeshed in the life of an older writer whose personal heyday existed back in the wild and wooly 1970s.

Salih structures his novel with the alternating perspectives of conservative, relationship-friendly Sebastian and embittered, hookup app-addicted Oscar, forming a solid, character-driven foundation with frequent flashbacks filling in the details with innocent histories and broken promises. Though both men are flawed and tentative about the future, they are certain about their hardened feelings toward a younger generation of queers who didn't have the specter of AIDS to taint their early years.

The use of volleying perspectives to form the framework within the novel is an effective style. As the story progresses, the differences between both men represent just a few of the many ways middle-aged American gay men live, coexist, and survive amidst the kind of contemporary culture where the only constant is change.

This is an impressive inaugural effort from enterprising author Salih, whose polished emotive prose shows promise for future novels.

'Swimming in the Dark'; a balanced, ideally paced novel
Sign up!