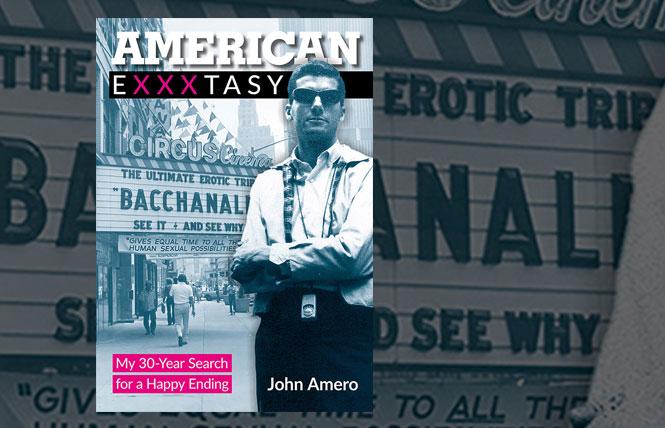 In Amero Brothers productions, the films told a story and featured performers who could act. In many ways the brothers tried to emulate the classic Hollywood films they adored, such as the glorious MGM musicals of the previous generation.

Amero worked on more than thirty feature films in various capacities. He called the shots in both gay and straight films and had a wonderful time doing so. Now, in his newly published memoir, American Exxxtasy: My 30-Year Search for a Happy Ending, Amero recalls those bygone days with wit, humor and heart.

Amero writes vividly of his youth in New England where he was raised by a conservative grandmother after his parents' divorce. His father remarried and moved away and his mother had serious mental health issues. It wasn't an easy childhood, so Amero often escaped to the movies. 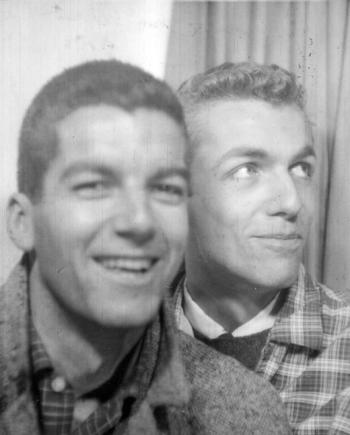 a young John Amero and his brother Lem

But he loved his grandmother and his family dearly, and he remained close to them even after he moved to New York City and had made a name for himself in the world of adult cinema.

A New York City that no longer exists comes to life as Amero recalls his early days in the Big Apple where he shared an apartment with his beloved older brother Lem. At first Amero hid his homosexuality from Lem. It was a different era and being gay was not accepted by mainstream society.

But one fateful night Amero wandered into a gay bar and ran into Lem, and the two were best friends from that day forward. The book is dedicated to Lem, and to Amero's long-term partner Chuck, both of whom are now deceased.

In his salad days, Amero worked at CBS and ABC, editing commercials into TV shows for the latter. As he did during his youth, he went to the movies constantly. The movies were his escape, and he absorbed everything he saw like a sponge. 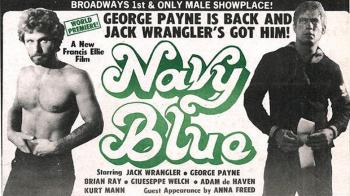 One day he went with his friend Michael Findlay to see a low-budget exploitation film and his whole life changed. Amero agreed to work on an exploitation film with Findlay, producing a black-and-white film called Body of a Female (1964), which promised its audience all manner of sexual activity. These forerunners of adult films were never quite as dirty as they promised to be, though they definitely were not for kids.

The film was a success, and Amero was on his way, producing, writing, or directing one film after another, working closely with Findlay and with his brother. When hardcore became the industry standard in the early 1970s, Amero accepted it and continued working.

Amero goes into great detail about the making of many of the films. He offers insight into what goes into the casting process, securing locations, dealing with performers' egos, the trials and tribulations of actual film shoots, and getting a good distribution deal. Whether a reader is interested in making adult films or working in mainstream Hollywood, Amero's prose serves as a teaching guide in how to make a film. 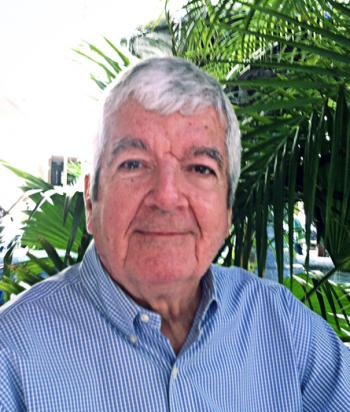 John Amero in a recent photo

Amero also writes about his encounters with various celebrities in New York, such as movie star Montgomery Clift, jazz chanteuse Rosemary Clooney, 1950s Oscar winner Gloria Grahame, and Donald Trump, long before anyone ever thought Trump would ever be president. It seems that the Donald wasn't a nice guy even back then.

But it wasn't all fun and glamour. Amero writes movingly of the three biggest losses in his life; the death of close friend Findlay in a helicopter accident, his brother's demise from AIDS, and the loss of Chuck, his beloved life partner of many years, who had been suffering from a variety of health issues. These losses affected Amero greatly and his recollections of losing them are beautifully written and quite moving.