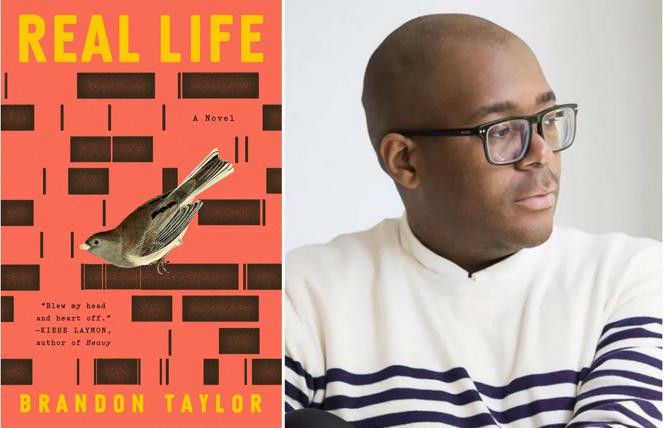 Last year the nation was rocked by Black Lives Matter's protests on police brutality and systemic racism. While laws can be enacted to prevent discrimination, the overt/covert bigotry and the abrasions of dignity people of color encounter in their everyday lives, cannot be so easily legislated. It is these daily prejudices and microaggressions that are examined by Brandon Taylor in his astonishing debut novel, just released in paperback.

Shortlisted for the 2020 Booker Prize, Real Life is a reimagined campus novel from a fresh perspective, a gay African-American graduate student. Because he never saw himself represented in this genre, Taylor reinvents it by fictionalizing his own black queer experience, as a "chubby" southern (rural Alabama) lone, token biochemical researcher in a predominantly white doctoral program, which he later abandoned to become a writer.

The central question for Taylor's protagonist, Wallace, was the one he faced, "If I don't fit in here, where can I fit in?"

The novel is an in-depth examination of the final summer weekend at an unnamed Midwestern university where Wallace confronts several personal and professional crises before the start of his fourth year of graduate school. He must decide whether to leave his program and "to be out there with a real job, a real life."

At the opening, his father —whom he barely knew after he left the family during Wallace's adolescence, never contacting them again— has recently died. He's also facing the lab contamination and death of his breeding nematodes he's been painstakingly studying all summer, his experiment perhaps sabotaged by a colleague.

He's reluctantly heading to an evening social lake party with his mostly white biochemistry fellow graduate students, including two gay couples, a straight couple, and various singles, who meet to drink, vape, share coffee and meals, go to the beach, but mainly to talk and process their relationships, academic trials, catty lab politics, and career dreams.

Clearly, these twentysomethings have messy, convoluted lives as they hurt each other often with their petty jealousies, despite good intentions and a privileged education. We discover this doctoral group is the first to include an African-American in more than thirty years. Wallace's friends are scandalized once they hear that Wallace skipped his father's funeral.

Wallace is continually distancing himself from his friends despite their barrage of invitations. He starts a testy tryst with Miller, the supposedly straight acquaintance, which sometimes results in violent mishaps (often sexual) primarily due to Wallace's aloofness and dismissing their connection, regularly leaving him in the middle of the night after one of their romantic dalliances.

Later, we learn about Wallace's abusive upbringing, being raped by one of his father's friends, then being blamed by his parents for instigating the incident. These traumas have left their mark, not only in his attempts to escape his past and shame, but inattention to the anguish and rage they've left.

Thus, he seems unable to form intimate relationships, blinding him to the misery and anger of others, increasing his aloofness and loneliness. His dread of socializing and guarding his privacy, stem from worrying about disturbing the sensitivities of his white cohorts, who use him as a mirror to assess their own issues, with anything he says or does, becoming all about them. 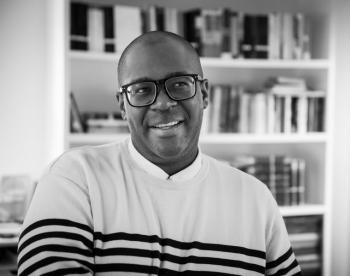 Taylor is adept at showing Wallace's friends' passive-aggressive condescension via their disguised racist barbs, notwithstanding their progressive elite education. The French Roman in one devastating scene where Wallace reveals he's thinking about quitting the program, says he should reconsider as the stats for Black people are fairly dismal and he should be grateful for the opportunity he's been given. What upsets Wallace more than this overt racism is that nobody else is shocked by the comment or comes to his defense.

Then in the lab, the female white lab partner he suspects of wrecking his experiments calls Wallace a misogynist, accusing him of cornering the market on oppression.

Wallace's reaction to these humiliations is minimizing them, passively replying he's fine, a way of assuaging their feelings despite the harm inflicted upon him.

He rationalizes their behavior by noting, "when you tell white people that something is racist, they hold it up to the light and try to discern if you are telling the truth. Rather than interrogate themselves, they always trust their own judgment."

Wallace however, is just as self-absorbed as his friends, capable of lashing out and inflicting the same pain and insensitivity he's undergone, such as in one disturbing incident at a dinner celebration where repeated gossip almost causes the breakup of a gay relationship. He's shocked when a kind, close Chinese-American colleague reveals a similar resentment toward the lab's racism that he does. Taylor shows the unwitting emotional devastation we cause when we don't deal with our own brokenness and secrets, and how ineffective coping strategies can become toxic.

Taylor skillfully uses scientific language to not only describe what's transpiring in the laboratory, but as a poetic figurative device (especially through similes, though there are too many of them) to essay his character's contradictory behaviors.

For Taylor, science and writing are complimentary ways of interpreting the world. His cerebral stream-of-consciousness technique highlights Wallace's isolation and feelings of not being accepted or understood.

In terms of approaching systemic racism, Taylor —rather than bemoaning people of color's scarcity in an institution/field and solving the problem by bringing in or hiring minorities to make them more diverse— suggests the first step should be to ask why it was so white to begin with, if any change strategies are to be effective.

Taylor brilliantly dissects the hypocrisy, pretensions, and scornful failings and derisions of this privileged subculture, and reveals the suffering we endure yet also inflict upon each other, regardless of race or sexuality.

At the conclusion of Real Life, it's apparent we are witness to a new singular captivating American voice that fortunately happens to be black and queer.