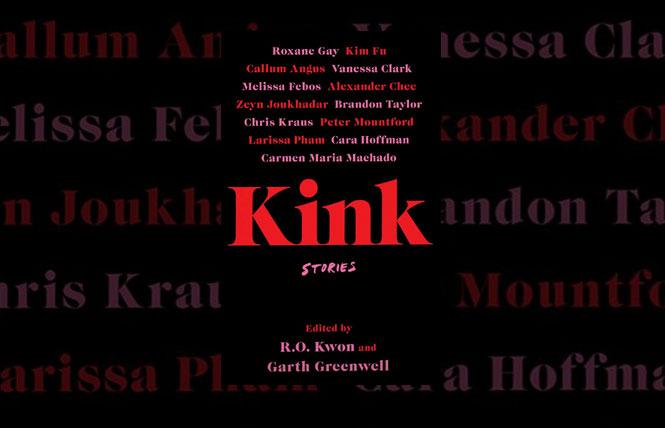 Perhaps you've been there: a first-time event tying your lover by the wrists, binding their ankles, blindfolding their eyes and coursing through imagination with the intent to surprise the partner, now a relative object. The adventure into soft play that leaves the participants refreshed; or the shock of hardcore turned somehow embarrassing and misdirected, spoken or unspoken boundaries that were there at the outset but broken. 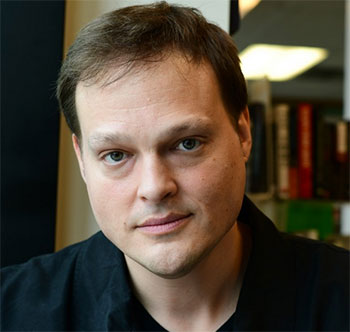 Arriving just in time to relieve us of our cloistered funk, Kink: Stories (Simon and Schuster), edited by R.O. Kwon and Garth Greenwell, is an anthology of fourteen blazing, vivid stories that come together and make up a collection that plunges into different definitions of embodiment, escapades and forays into the multi-layered discipline of intimacy.

Kwon now teaches in the University of San Francisco's MFA Program. Greenwell teaches at Grinnell College and is a graduate of the University of Iowa Writers' Workshop. Their aim was to spur readers to "take kink seriously." By delivering the multifaceted sexual and relational world underscored by the universality of pushing at the boundaries we often set for ourselves in the first place, the realm of mutual human respect becomes primary in the collection.

"Instead of pathologizing kink, the stories in this anthology treat it as a complex, psychologically rich act of communication. Kink in these stories is a way of processing trauma, and also of processing joy, of expressing tenderness and cruelty and affection and play." Readers are encouraged throughout to ask themselves, Why? What drives us? How are we these bodies in space and how is it we function in the ways that we do?

Callum Angus tells the story "Canada." Angus and his first person narrator are both transgender men, basking in the world inbetween as well as the world of nature. Still called Jenny by a crew inside of a greenhouse where his boyfriend Jay works, the luscious narrative asks, What's money when they still call you Jenny? And later, After sex I like to water the houseplants, share with them my body after fruitless mating and feel the heat of their little blossom breaths on my skin. There's a sensuality in this irreplaceable as nature itself. 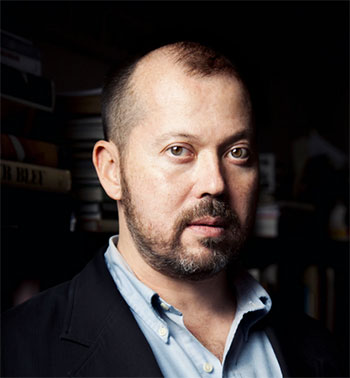 Alexander Chee's "Best Friendster Date Ever" stands out for its playful side, the fresh flesh of youth experimenting with pleasure sans pain. He tells the Bay Area Reporter, "That two people who didn't think of themselves as a part of a fetish scene found themselves, by virtue of a gift of restraints, suddenly able to experience their sexuality in a different and profound way. If they could do that with just a pair of restraints, where could it go next? I showed people at the lip of a cave," he concludes, "full of treasure, playing with something that led them to the entrance."

At the other extreme is Greenwell's story "Gospodar." The narrative covers a prearranged context between strangers gone wrong, a powerful read given further literary depth by the first-person narrator's victimization. Called "kutchko" or "bitch" by the master, a name at first a queer allowance but quickly turning to violation, Greenwell's work here is irreducible in its ability to diminish and prevent the narrator's masculinity at the hands of his "lord"—Gospodar, translated from Bulgarian. Subjected to force and humiliation, trust becomes unstable, then unpredictable, and ultimately dangerous.

Chee and Greenwell's stories, then, are opposites, though Greenwell explores the depth of his narrator's psychology, who is "eager," seeking something "to draw me out of the grief I still felt for R.," the narrator's ex. Environment is vital to Greenwell where in Sofia, Bulgaria existence subsists in spartan minimalism, post-Communist structures, Soviet-style apartment blocks that leave one feeling bare. Capturing the reader's empathy, indeed, sympathy, the narrator discovers more of the self. He is, in the end, a man who sought to reinvent himself, but in the moment reduced to the unpredictable situatedness of sadomasochism between strangers.

Simon and Schuster stated, "... in these strange times, it's difficult to discern how physical intimacy fits into our way of being in the world. Honestly, What even is sex right now?" That's precisely the reason Kink holds such value, the reading of adventuresome sex. The collection takes us there, becomes an exercise for the mind, mental exercises, cerebral masturbation of sorts but absent self-obsession, a way of releasing the self into the experiences of others and recalling one's own sexual proximity to the now, as well as to the past. How are you getting by? Isolation, social distance, masking—all the deprivations that have reduced our personal freedoms.

Vanessa Clark's "Mirror, Mirror," where a trans woman operates a phone service, a sexline delivering a young man seeking to fulfill his sexual fantasies, or as we learn, more likely to revisit them.

"I'd like to go down on you," says the man, to which the first person narrator replies, "So you're into size?" She's heard it all before, and he'd like to take more, "... bigger, like you ... Um, I'd like to make you come." She says, "Mmm, so you'd say you're a cocksucker?" When they meet, she spots him in front of a drag trans nightclub into which they enter, and have sex in a backroom while she hears Barbra Streisand, lipsynched by an off-screen drag performer. "I felt a surge of optimism, of romance, run through me, wonderful and weak," she thinks. 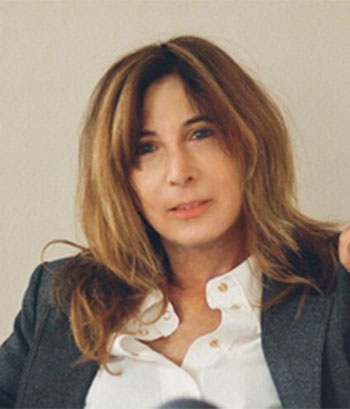 Kink comes to a unique crest in Carmen Maria Machado's "The Lost Performance of the High Priestess of the Temple of Horror." Machado is lesbian, proudly wears large round earrings with the word Cunt scrolled over them and in her magnificent tale —also published by the British literary journal Granta— she escorts us in the company of a young orphan who is taken in by a radical theater in 20th-century Paris. Priceless storytelling; you can't mess around with this one.

At the outset the editors state, "Literature is the great technology for the communication of consciousness, and these stories are acute in their exploration of psychology."