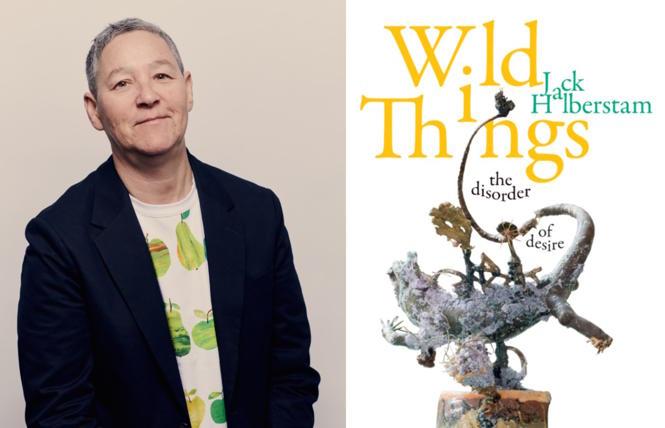 As a noted radical social thinker and Columbia gender studies professor, Jack Halberstam's reputation precedes him, and his new creative exploration of desire reinforces his thought process behind how human sexuality becomes attracted to everything "wild."

In a world where more and more people prize carefulness over recklessness, the author questions whether or not the attraction toward those coveted "things that refuse and resist order itself" remains.

His book challenges the reader to open their minds to his deconstruction of the concept of "wild" and how it has come to mean so many different things as the world has evolved. Personally, as attested to in the book's introduction, the concept is applied to the author's own life as he offers a "backward glance" at his youth in a somewhat dejected fashion observing "like so many of my generation ... how much has been lost, how little we have to show for it, and how quickly we have embraced a world largely cleansed of all connections to the wild."

He reiterates this point with a personal anecdote chronicling a unique speaking engagement at the self-governing archipelago known as the Faroe Islands in the Kingdom of Denmark, a "truly remote and wild" place in Europe he jumped at visiting since he knew he'd never venture there independently.

He went there at a pivotal time in his life as he was in the midst of relationship turmoil which solidified itself when he attempted to locate and view wild island mating puffins, which were nowhere to be found.

"The wild, I learned too late," he writes, "is not a place you can go, a site you can visit; it cannot be willed into being, left behind, lost or found."

His book references many texts that conjure, compare, and contrast varying notions and perspectives of what constitutes "the wild" in terms of anticolonialism, modern sexuality, and within radical queer communities as well. These references include the "young untamed traveler" in Maurice Sendak's Where the Wild Things Are, the works of Cree artist Kent Monkman, animated features like The Secret Life of Pets, or queer theorist Eve Sedgwick's Epistemology of the Closet.

These comparisons and correlations enliven and creatively illustrate a somewhat densely drawn text. They also offer levity at the exact moments when readers will want it most. This is a delicate balancing act for an author to achieve, and Halberstam accomplishes this with great dexterity.

When applying his central principle to gender studies, Halberstam considers the notion of wildness almost as a sword to slash wide swaths through the heavily forested terrain of what is considered "normal" in order to bring "nonnormative sexual desire" (i.e. LGBTQ+) into the realm of acceptance.

The limits of Halberstam's analysis are boundlessly educative and entertaining: one chapter calls out proto-queer male writers for their affinity and identification with feral falconry while another examines the † nature of family pets.

Within the realms of what the author himself calls a "counterintuitive queer project," Halberstam's intellectually engrossing phenomenology evokes thoughts of how the concept of "wild" can be applied to creatures and concepts both great and small while inspiring spirited conversation and debate.