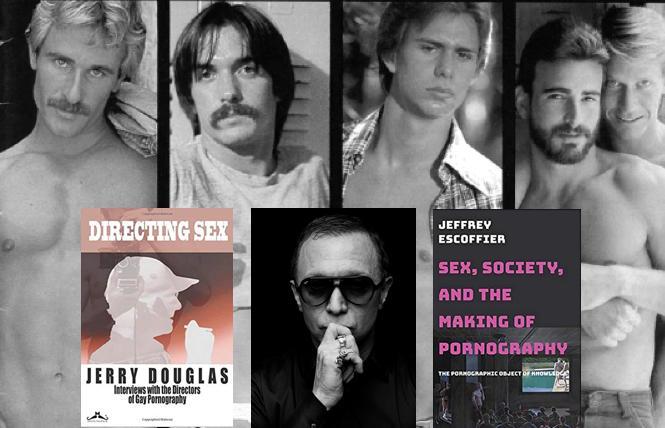 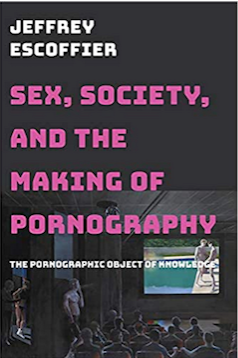 Head space
For the sapiosexuals among us (those turned on by intelligent people), historian and LGBTQ scholar Jeffrey Escoffier's Sex, Society, and the Making of Pornography: the Pornographic Object of Knowledge explores how sexual acts have been documented in various media and how it effects culture and even behavior.

The innovations of early feature directors, some who came from musical theatre backgrounds, compares the cinema verité style of New York films, and their historic relevance in documenting the post-Stonewall/pre-AIDS 'sexual revolution' — to the story-structured videos produced by California directors.

In the midst of an exploration of the ideas of 'situational homosexuality' versus gay sexual identity, the unique undefined approach of masculinity visualized by auteur Joe Gage's 'road trip' trilogy provides a fascinating example. 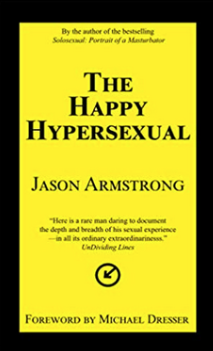 While much of the writing spirals off into related tangents (some set in New York City), Armstrong does confront opinions outside of his own onanistic private life. "Is my sex life considered pathological only because it falls outside prevailing norms?"

Whether you're equally obsessed, or relieved to compare your own lesser solo sex habits, Armstrong explores aspects of being a devoted wanker.
$10.99 http://jasonarmstrongauthor.com/ 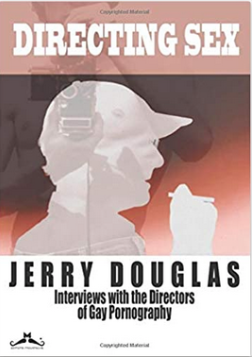 In Directing Sex: Interviews with the Directors of Gay Pornography, writer Jerry Douglas discusses making sex flicks with dozens of the most well-known and lesser-known men behind the camera in reprinted interviews from magazines he edited.

Pioneering director Wakefield Poole reminisces about Fire Island and its inspiration for his groundbreaking hit, Boys in the Sand, as well as being at the famous Continental Baths for Bette Midler's shows ("I wasn't watching. I was fucking.")

Scott Hanson (Dynastud II) discusses the making of the historical narrative film The Song of the Loon, based on the Richard Amory novel, how the score was composed by an unnamed (later Oscar-winning) musician, how he was fired by the producer mid-shoot, and why the resulting film was re-edited into an unfortunate mess. 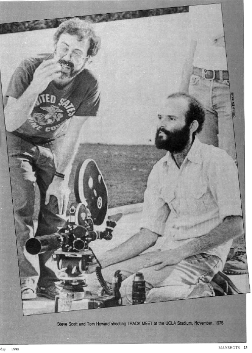 Many of the directors mention how San Francisco's much-missed Nob Hill Theatre as one of the first adult theaters to premiere their films. Hand in Hand Films, known for classics Ballet Down the Highway, Drive, and A Night at The Adonis, directed by the late Jack Deveau, are discussed with his former partner Robert Alvarez and friend Kees Chapman.

Cinematographer Tom Howard shares some unique technical tips in his work with Steve Scott (Track Meet), including teetering atop a partition in a men's room for the aptly titled Dangerous, and the use of a handy milk-filled syringe to 'accentuate' a money shot.

Toby Ross, who made his first film in 1974, tells of his impressive career's highs and lows in envisioning twink narratives with a romantic style.

Fox Studio and Sierra Pacific's John Coletti, who started as a performer (as John Traynor), and was once a model for Colt and Playgirl (July 1974), shares his early life in San Francisco, his longtime work and life partnership with Bill/Ken Harrison (the star of Wakefield Poole's Bijou) how he cared for Harrison though his illness and death of AIDS in 1991, and how his knack for picking up straight muscle men led to his prolific career (Intruders, Muscle Up, Hard to Come By, The Biggest One I Ever Saw, and the best-selling Fox calendars).

Several more prominent directors get several pages of text, and the book closes with Escoffier's expansive bio of Douglas' career, with a few cover pages of the now out of print Manshots, which Douglas edited. The book includes PG-rated vintage ads and promotional photos from several films.
Editions Moustache, $27.99, 241 pages 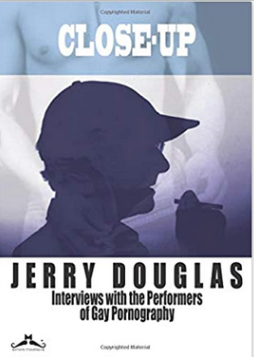 In the 'Whatever Happened To..." section, living and deceased actors of yore include Richard Locke, Scott O'Hara, Leo Ford and Kevin Williams. Performers whose stars shone brightly in the 1990s abound, from Kurt Young and Logan Reed to Nino Bacci, Cole Tucker and Blake Harper.

While some interviewees are mostly forgotten, others stand out. Kevin Williams shares odd memories, like being recognized by fans at a shopping mall with his mother, and shooting the ridiculous quicksand scene in Stryker Force. 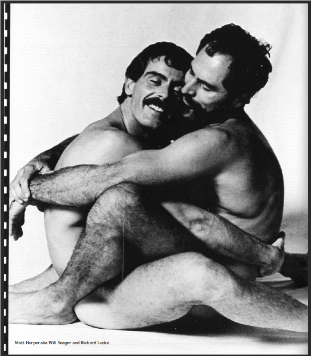 Matt Harper aka Will Seager with Richard Locke

International actors interviewed (with English translators) include Johan Pulik, Ettor Tosi and a few others, including the voracious bisexual Dano Sulik, who shares tales of his early sexual experiences.

"When you do a movie, it's sex, but it's not sex. A movie that take nine hours with twelve people watching you, with lights up your ass... The trick is making it look great, and that's what our job is."
Editions Moustache, $27.95, 147 pages 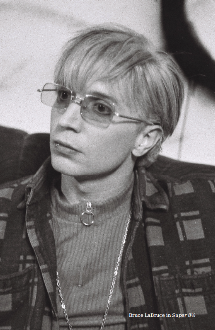 Little Bruce coup
Few film directors have balanced art and graphic sexuality like Bruce La Bruce. From his debut black and white No Skin Off My Ass, to his subsequent raved and panned feature films Super 8 ½, Skin Flick, The Raspberry Reich, Hustler White and L.A. Zombie, La Bruce courted controversy with his explicit and non-explicit versions, and he created a matching persona by often casting himself (real name Justin Stewart) in sexually active roles.

Despite one's opinions about the quality of La Bruce's films, in reading his book, one can't deny the intelligence with which he's created them.

In sharing his youthful inspirations in Toronto's punk scene in his early zine-making days, and his distaste for the consumerist conformity-filled gay scene of the 1980s, La Bruce shows how his films served as a taunting rage-filled response to the banality of assimilation.

Having been called "a pornographic Brecht," La Bruce also discusses his deliberate cinematic distancing techniques like the abrupt editing of images and audio, used to remind the viewer of the illusionary aspect of film. While avant-garde filmmakers before him implied pornography, La Bruce embraced it fully. 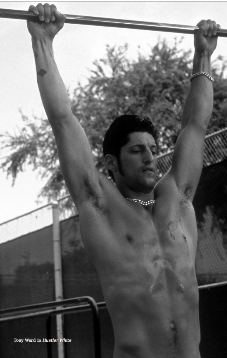 The auteur's production diary entries for Skin Gang (1998), The Raspberry Reich (2002) and other films are a feast for fans of behind-the-scenes gossip, banality told in his wry style, and include tips on low-budget filmmaking; example: how to recreate a car crash in remote Topanga Canyon for L.A. Zombie.

In recounting his still photography work for "jerk-off magazines," La Bruce reveals the (often cinematic) inspiration for a few shoots, while ruminating on his goal of working as a 'legitimate pornographer.' He dismisses his quisling critics as comparable to the famous line in Valley of the Dolls: "Art films? Nudies! That's all they are. Nudies!"

Some sections are a hoot, like his Los Angeles misadventures wrangling models from snooty agents to shoot a Halloween-themed set with fake-blood-splattered hotel room walls at an event that also featured his friend (and one-time costar) Vaginal Davis. 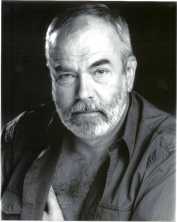