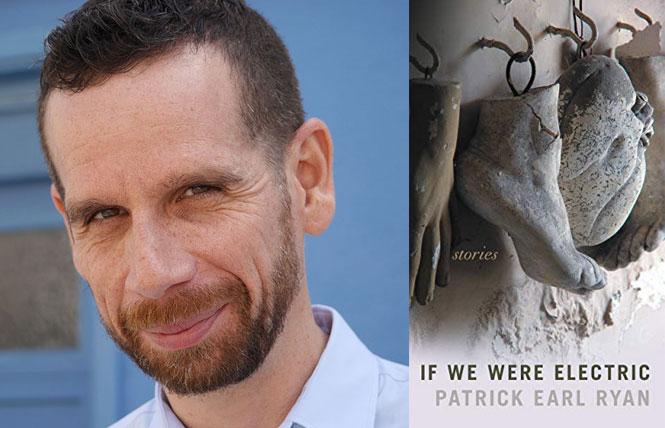 Infused with all the mystique and mystery that New Orleans is known for comes this enchanting, hypnotic debut story collection from Patrick Earl Ryan.

Currently a forty-something writer living in San Francisco, the author is a native New Orleanian and he dedicates his Southern literature to the city where he was born and raised and the place that still holds his "blood and bones."

The collection has already won the Flannery O'Connor Award for Short Fiction and in experiencing the brilliance of the provocative, heartbreaking opening story "Before Las Blancas," it comes as no surprise that the writer is being celebrated with prestigious honors.

In the opener, the thirteen-year-old narrator is so taken by love, his blooming sexuality, and his identity as an "explorer" that the thought of being swept away to Mexico with a man more than twice his age becomes the ultimate act of escapism and liberation.

Next up is "Blackout" which follows a man trapped in a physically abusive relationship and the unexpected bliss he finds with another man as they hold hands for the first time "like he needed me, just like we were about to drive off a cliff."

Elsewhere, the late-night walks to the swampy edge of his property transform a superstitious man's grief in "Feux Follet" with mystical "treasure lights" that appear to guide him to back to sanity.

In other tales, Louisiana provides a charming, enigmatic backdrop alongside lingering ghosts of deceased brothers hovering at the edge of a family's discord ("The Blue Son"), brothers bonding over race cars and the tragic accident that sealed one of their fates ("Where It Takes Us"), and in true New Orleans style, longtime neighborhood residents grapple with vipers, magic hot peppers, and the voodoo curse culture ("Labor") in a brisk cinematic story of spiritual possession that deserves expanded novelistic treatment.

The title story forms a vividly drawn capstone on a collection that, at its best, probes deeply into the interior souls of its characters and embodies New Orleans as a living, breathing entity. In this title piece, lusty fumbling young Christopher is out book shopping ("in the back of my mind I'm looking for men—I'm still a virgin at twenty-one") and discovers Mark, a magnetically sexy boy who steals then breaks his fragile greenhorn heart.

The stories feature outliers and miscreants trapped in situations that often feel claustrophobic but are impossible to ignore. Ryan is a true natural at weaving textured language and complex characterization into plots that are serpentine and saturated with emotional complexity. This quality is exceptional for a debut author and a definite determinant for a gilded literary career ahead.

Addictively gorgeous and mesmerizing, Ryan's collection of twelve literary gems are meant to be savored, re-read, and reflected upon as readers await his next creation.

If We Were Electric: Stories by Patrick Earl Ryan; Univ. of Georgia Press, $19.95

Patrick Earl Ryan will discuss his new collection with Martin Pousson on Zoom on Friday, November 13, at 7pm through Green Apple Books in San Francisco. For more details on how to join the discussion, go to www.greenapplebooks.com