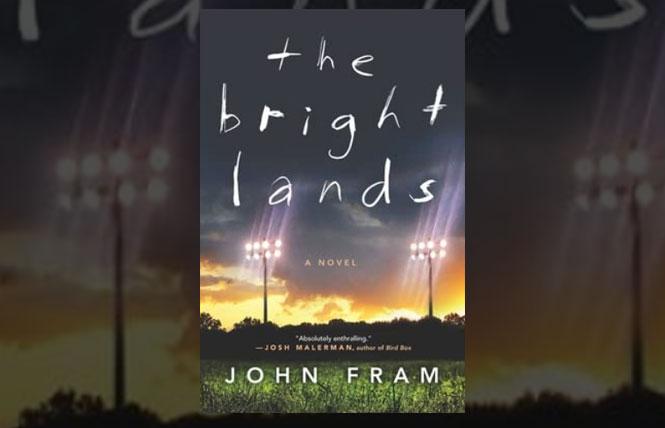 Set in his home state, Texas-born writer John Fram's distinctive debut novel examines the dark occurrences circling around the small hamlet of Bentley. The serpentine story begins with a string of distressing text messages from Dylan Whitley, a high school senior and local football star, to his older brother Joel.

Though there are eleven years between them, that fact doesn't diminish the truth of their bond or that they care about each other, so much so that Joel, nearly 30, drops his charmed, openly gay life in Manhattan to try and piece together the truth about his brother's unhappiness. 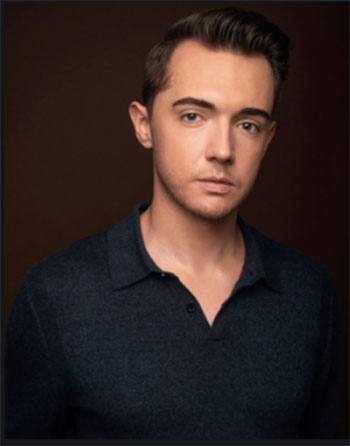 The town of Bentley isn't Joel's favorite spot on the map by any means as, years prior, he'd fled its conservative small-mindedness and odd obsession with all things football for New York's bright lights. But family calls and he must return to do some investigative spadework in the town he'd never imagined himself returning to.

Once back in Bentley, he relives all of the reasons he'd initially left: small-town homophobia in the football stands, bullying, gossipy locals, and the event that soon sets the novel aflame: Dylan's murder.

Though consumed with anger and grief, Joel teams up with a female local law enforcement officer, and a former high school flame, to sleuth through a bevy of clues and possible suspects to uncover the truth behind his kid brother's unjust death. Drugs, sexual abuse, a mysterious mythical monster, and a seriously deadly shootout enmesh with themes of closeted homosexuality, belonging, homophobia, and hometown secrets to collectively amount to an avalanche of excitement and dangerous adventure.

As is the frequent pitfall of a debut novel, there is a lot going on with a cavalcade of characters all parading across Bentley's threshold to play their part in the puzzle of Dylan's death.

Sometimes it can be difficult to tell the characters apart and a bit of re-reading might come into play to reassess exactly what is going on. This is sometimes fun, but more often distracting and detracts from the overall momentum of a novel whose premise is unfortunately more promising than its delivery.

That's not to say that the story, warts and all, is not absolutely addictive. It just suffers from a lack of identity and has a bit more going on within its multi-plotted premise than is necessary. At its inception, Fram presents a family drama novel about an older brother who is gay and is reluctant to return to the origins of his unhappy youth.

It soon turns into an effectively-drawn police procedural detective book, and ultimately incorporates elements of supernatural thriller into the mix, which may be confusing and overwhelming for some readers, while, admittedly, a daring and challenging surprise for others.

Once Fram's engrossing story has been told, readers would be wise to read the acknowledgments page where the author humbly thanks friends, family, contemporaries, and "the footballers in Central Texas who were kind enough to answer my questions."

At the end of this section, he inserts a clever, veiled book dedication to "all the young people living anywhere there isn't room for you, whose stories have yet to be heard, whose lives will never be normal: I see you. You're loved."

This is clearly an author who has many more stories to tell, personal reflections to reference, and love in his heart for the tribe of men and women who tend to get lost in the shuffle of modern life because of who they choose to love and to lean on when the road treads uphill.

Sam Harris: singer discusses the 'Substance' of his new novel