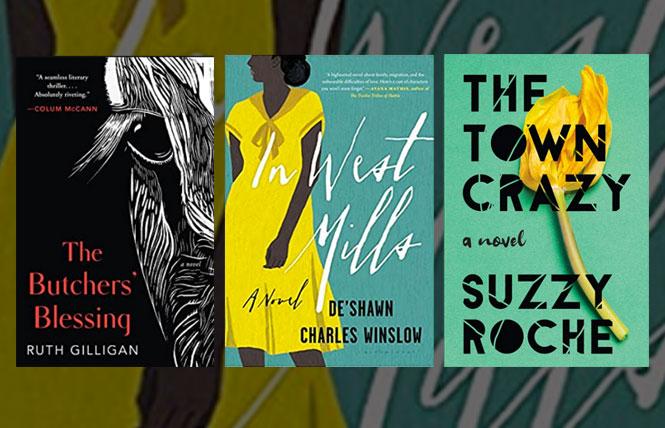 Pick from an autumnal harvest of praiseworthy books in fiction, nonfiction and poetry.

Fantastic fiction
Now available in paperback, In West Mills (Bloomsbury) by gay writer De'Shawn Charles Winslow, the debut novel praised by Rebecca Makkai and Garth Greenwell, is set in a North Carolina African-American community, from the early 1940s to the late 1980s, focusing on the friendship between Azalea "Knot" Centre and Otis Lee.

Queer novelist, poet and visual artist Shani Mootoo's new novel Polar Vortex (Akashic, 2020) about lesbian couple Priya and Alex, relocating to a "bucolic countryside community" from the city, who unwittingly pack more than their belongings for the move, including a complicated secret that threatens to unravel their "later-in-life" relationship.

If the name Sam Harris rings a bell it's because some may remember him as the Grand Champion of the first season of Star Search (a pre-American Idol TV talent competition). In addition to being a celebrated belter, openly gay Harris is also an author with one memoir under his belt and a new novel, The Substance of All Things (samharris.com, 2020), about the life of Theo Dalton and the price he pays for exploring the extraordinary.

In The Butchers' Blessing (Tin House, 2020), the new literary thriller by Ruth Gilligan set during the Mad Cow Disease crisis of the 1990s, the author writes sensitively and erotically about Davey, the son of one of the titular Butchers, coming to terms with his queer sexuality.

Susan Minot, who co-wrote the screenplay to Evening, the 2007 movie based on her novel of the same name, with gay writer Michael Cunningham, returns with Why I Don't Write and Other Stories (Knopf, 2020), her first short fiction collection in 30 years.

Suzzy Roche, best known as being one third of the legendary singing sister trio The Roches (as well as the mother of singer/songwriter Lucy Wainwright Roche, half-sister of Rufus Wainwright), returns with her second novel, The Town Crazy (Gibson House Press, 2020), set in 1961 in the "sleepy" fictional suburban community of Hanzloo, Pennsylvania.

Both the art world and reality TV figure prominently in Payback (Pantheon, 2020), the ninth novel by Guggenheim Fellow and Professor of English Mary Gordon, who peppers the novel with gay characters, while creating a scenario that may remind readers of The Prime of Miss Jean Brodie. 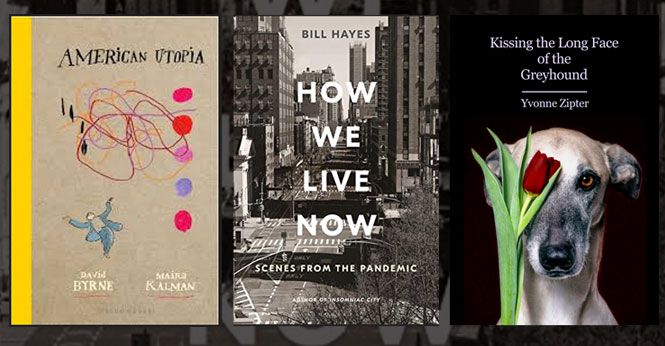 Nuanced nonfiction
With a title that pays homage to and paraphrases the name of a mid-1980s Susan Sontag short story about the AIDS crisis, and combining his love of writing and street photography, How We Live Now: Scenes From the Pandemic (Bloomsbury, 2020) by gay writer Bill Hayes, written and photographed in "fewer than 8 weeks," is a remarkable portrait of loss, mourning and surviving.

Increased in size by a good 100 pages, the third in the very popular series, Tell Me About It 3: LGBTQ Secrets, Confessions and Life Stories (Rattling Good Yarns Press, 2020) by St. Sukie de la Croix and Owen Keehnen picks up where its predecessors left off, asking an international assortment of respondents questions ranging from "Is there a song that lifts your spirits as an LGBTQ person?" to what are "three things on your LGBTQ bucket list?", with many more in between the two.

The daughter of a Ghanaian father and an Armenian American mother, Whiting Award-winner Nadia Owusu writes honestly and movingly of family trauma and survival in her first book Aftershocks: A Memoir (Simon & Schuster, 2020).

Described on the cover as "a fictional memoir," Never Turn Your Back on the Tide (Or, How I Married a Lying Psychopathic Murderer and Kinda Lived to Tell) (Circumspect Press, 2020) is Kergan Edwards-Stout's story of discovering how the "ideal life" with the "perfect partner" can be turned upside down in an instant by an email message.

Figuring (Vintage, 2020), Maria Popova's expansive exploration of the "interconnected" lives of artists, writers, and scientists, including several queer women, in their quests for love, truth and meaning, spanning the course of multiple centuries.

An extension of David Byrne's 2018 album, as well as the 2019 Broadway musical, both of the same name, the book American Utopia (Bloomsbury, 2020), a colorful collaboration by Byrne and author/illustrator/artist Maira Kalman, suggests that "despite all that has happened, despite all that is still happening," we may still be "a work in progress."

Praiseworthy poetry
Kissing the Long Face of the Greyhound (Terrapin Books, 2020), Chicago-based lesbian poet Yvonne Zipter's first full-length poetry collection since 2006, features the devastating "Osteosarcoma: A Love Poem," a must-read for dog and cat lovers alike, along with more than 40 other poems of equal power.

If you've ever found yourself dancing to the classic `80s new wave tune "Ever So Lonely" by Monsoon then you're familiar with lead singer Sheila Chandra and possibly the story of the loss of her voice from a rare neurological disorder. Gay poet Kazim Ali, who titled his new book The Voice of Sheila Chandra (Alice James Books, 2020), put the epic titular poem at the center of the collection, which combines research with craft.

sex & violence (Black Lawrence Press, 2020) by poet Kristy Bowen, the force behind dancing girl press & studio, will enthrall readers with a series of "Dirty Blonde" and "Little Blue Dog" poems, as well as a section on "How to write a love poem in a time of war."