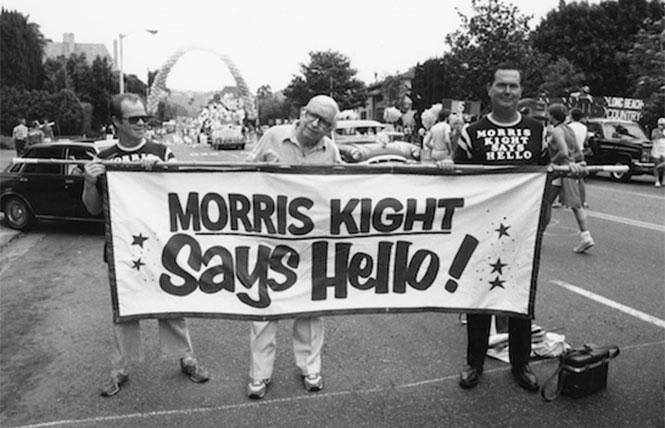 In her new book, Morris Kight: Humanist, Liberationist, Fantabulist (Process Media), Mary Ann Cherry shines the spotlight on Morris Kight (1919-2003), the LA-based gay rights leader who did everything possible to ensure that the spotlight shone as much on the movement as on himself. If Cherry's biography is not without its faults, she nonetheless performs an invaluable service by recounting aspects of the modern LGBTQ movement that are too often ignored in an era when competing mythologies about the movement's origins threaten to drown out the voices of those still alive to tell the tales.

A media queen in every sense of the word, Kight first rose to national prominence as a major activist when he founded the Dow Action Committee, the organization that spearheaded the boycott of Dow Chemical, whose napalm incinerated the flesh of countless innocent people during the Vietnam War.

At the same time, Kight served as a one-person social service agency of sorts who aided homeless and anchorless young gay men. As Cherry points out several times in her 405-page biography, there is no documented evidence of him taking sexual advantage of the young men who came to him seeking help, support and counseling.

As the decades progressed, Kight worked with Don Kilhefner and others to organize the Los Angeles Gay Liberation Front. In one of his great triumphs, he organized Christopher Street West, LA's first Gay Pride Parade, which took place on June 28, 1970, exactly one year after the Stonewall Rebellion began—the same day as New York City's Christopher Street Liberation Day. 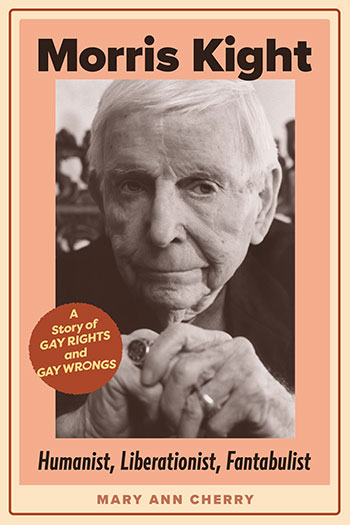 A man who constantly challenged politicians in public around gay issues, especially when those acts would make him the center of attention, Kight helped create the template for gay community services in Los Angeles. Along with Kilhefner, who organized GLF's Gay Survival Committee in the spring of 1970, and others—accounts differ—Kight co-founded LA's Gay Community Services Center (GCSC) in 1971.

He was also active in LA's Coors Boycott Committee, an active member of the coalition to defeat the Briggs Initiative, and so much more. Some of the publicity-hounding schemes he helped promote, including one to transform California's Alpine County into a lavender haven, are beyond delicious.

Center of things
Virtually every leader, save perhaps Jesus Christ and the Buddha, has "issues." Kight's life was extremely rich in this respect. Cherry, who befriended Kight in the last decade of his life and began this biography with his consent, repeatedly emphasizes that Kight's need to put himself in the center of things, in quintessentially Southern Belle fashion, alienated as many people as it served.

In the words of Kight's lifelong friend and ally, the still living Kilhefner (who did not contribute to Cherry's book, but responded to my emails), "I liked Morris and knew him for over 40 years. He had an extreme narcissistic personality. He was self-absorbed, grandiose, used people, and always needed to be the center of attention and bathed in media adoration and the kudos of others. He had no inner life. Always exaggerating his role in things. He was very intelligent with a good sense of humor, but his narcissistic personality also turned people off. There was a revolt against him in GLF in 1970 as well as at GCSC by employees in 1973 because he had his own personal agenda all the time and seemed only marginally concerned about something larger than himself."

Cherry does the opposite of denying this; she so frequently points out Kight's penchant for self-aggrandizement that she undercuts his accomplishments. Because she interweaves Kight's own accounts of his achievements with those of others in ways that are often indistinguishable, time and again, I couldn't help but wonder how much I was reading was true. After all, we're talking about a man who, in his early closeted, married-with-children days, dealt in forged antiques and, according to the FBI —a hardly neutral information source, especially under the closeted, homo-hating J. Edgar Hoover— was arrested and charged in Albuquerque for fraud, theft, "obtaining money under false pretenses," and burglary.

The book has other glaring weaknesses. The editing of Kight's pre-LA history, as well as the accounting of his final years, is sloppy, with multiple instances of repetition and choppy narrative. Cherry jumps around so much toward the end of the book —in one paragraph, we're in 2002, and then suddenly there's a quote about Kight from 10 or so years earlier— that linear narrative suffers.

Even in the best edited sections, which involve the founding of LA GLF and the first parade, the reasons for GLF's progression from a Kight-dominated organization to one that was more or less collectively run before it dissolved are unclear. Some page references in the index are incorrect.

There are also multiple unsupportable statements on Cherry's part, including the ridiculous, West Coast chauvinist assertion that LA, rather than NY, "defined the Gay Pride Parade." Pre-Stonewall social service efforts on the part of SIR in San Francisco, MCC in LA, and other organizations are ignored. She also claims that the advent of AIDS mobilized lesbians who, in their selfless efforts to attend to gay men, "healed a divide that had always been between gay men and lesbians, with no known cause. A rift with no argument."

Anyone who witnessed Kight's sexism, or experienced first-hand the male chauvinism rampant in the early Gay Liberation Front on both coasts, understands perfectly well the reasons for the divide.

Ultimately, Morris Kight: Humanist, Liberationist, Fantabulist is an essential, albeit flawed biography that, together with the late Stuart Timmons' The Trouble with Harry Hay, illuminates the all-important history of Southern California's gay movement. There is far more to be said—Timmons, for example, had planned to say more about Hay after he died, but a stroke made him unable to complete a follow-up—but when more books are written, Cherry's will certainly remain an invaluable resource. It's a must-read. 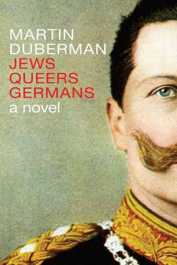