Sam Harris: singer discusses the 'Substance' of his new novel 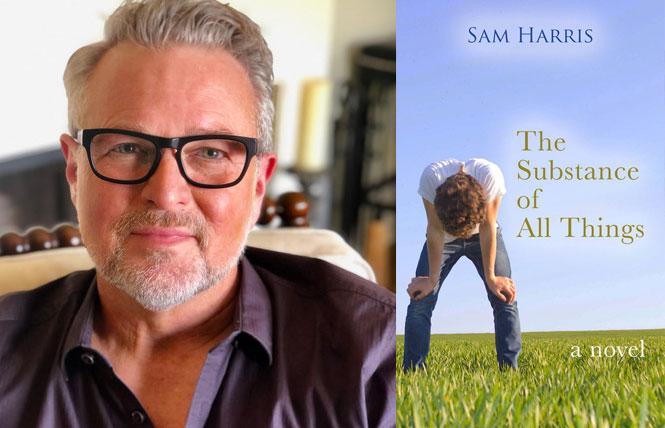 When Sam Harris last sang in San Francisco, at Feinstein's at the Nikko back in 2014, he interspersed his musical numbers with anecdotes about his life and career; that's hardly unusual in a cabaret act, but Harris' tales of growing up gay in Oklahoma, rocketing to pop stardom after winning the debut season of Ed McMahon's Star Search, performing on Broadway, struggling with addiction, and attending Liza Minnelli's wedding were unusually well rendered.

In fact, rather than merely riffing his way through oft-told anecdotes, Harris sat down, slipped on a pair of glasses and read some of them aloud from his then just-published book, Ham: Slices of A Life.

Harris' collection of autobiographical essays is not one of the glib ghostwritten souvenirs-in-the-form-of-a-book produced by many popular performers. Artfully crafted, funny and occasionally moving, it represented several years of serious effort and won critical comparison not to showbiz tell-alls, but to the more sophisticated work of writers including David Sedaris and Augusten Burroughs.

Due to the coronavirus pandemic, Harris certainly won't be singing in the Bay Area for the foreseeable future. But he's doubled-down as an author: His second book, The Substance of All Things, was published July 1. It's a novel. And it's a knockout.

As a six-year-old, country boy protagonist Theo Dalton loses his mother in a car accident that also leaves the boy's hands mangled. But Theo's tragedy is transfigured when he discovers that his twisted fingers have been imbued with strange powers. Soon enough, the boy's hands fall into the wrong hands (Bogus faith healing is just one of the story's ambling detours).

As the plot winds through Theo's adolescence, alternate chapters present the same character as a middle-aged man stubbornly trying to avoid a reckoning with his past. In one of several stellar advance reviews, book trade bible Kirkus praised Harris' ability to "expertly and adroitly" interweave two plotlines and time periods to "dramatic and cumulatively powerful" effect.

Readers will detect faint echoes of John Irving's works and of Pat Conroy's Prince of Tides in The Substance of All Things. And so it seems, with his second book, Sam Harris is beginning a new chapter.

"I've written for the stage and a bit of TV over the years, and writing a novel has always been in the back of my mind," he recalled in a recent phone interview with The Bay Area Reporter, "And I've always been a reader —I remember reading Where The Red Fern Grows as a 10-year-old, reading it in the bathtub and just sobbing and sobbing— But to write a novel? It's just intimidating. I mean there are so many words! Right? After Ham, my agent and my editor encouraged me to give it a go, but I really struggled getting started." 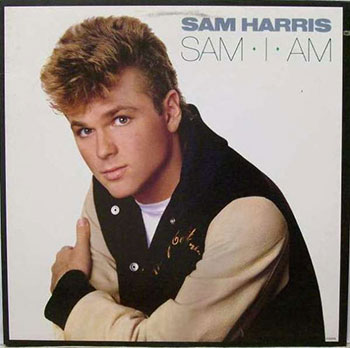 Harris, though, had time to keep at it. Since he and husband Danny Jacobsen adopted their son Cooper in 2008, Harris —who'd been a road warrior for the better part of three decades— committed to cutting back on his touring and live performance schedule to focus on being at home and fully present as a parent.

"I spent more than a year trying to choose a direction, and writing scenes that didn't really come together," said Harris. "Then a friend suggested I draw on my childhood and that really opened things up in my imagination."

While The Substance of All Things is partly inspired by Harris' own experiences, it's not the thinly-veiled autobiography one might expect from a first time novelist. Theo doesn't grow up to become a performer or win a TV talent show. Harris has imagined a decades-sweeping tale packed with episodic adventure, moments of tenderness and a gallery of memorably eccentric, deftly drawn characters.

Asked how a lifelong performer, accustomed to the instant gratification that comes with audience applause, deals with the much more painstaking and prolonged endeavor of fiction writing, Harris readily acknowledges the differences:

"A book is on a much longer timeline than a performance, even after the writing and editing are done. After working on it for over four years, my book came out on July 1. It's not like anyone was throwing confetti in the air! Even if people hear about it and are interested, they're going to finish whatever they're already reading. Then if they start my book, it might take them three days and it might take them a month. If they like it, then maybe it grows by word of mouth. And maybe some positive reaction gets back to you eventually. It's a really slow burn. In the meanwhile, I'm just crossing my fingers, hoping that somebody is moved by it."

Still, Harris says that writing The Substance of All Things shared many of the deepest pleasures of putting on a show. 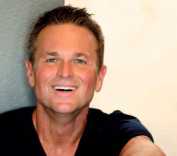 Sam Harris hams it up