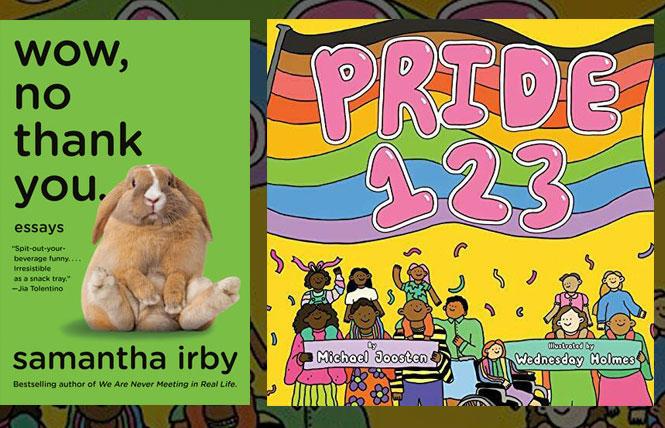 Whether you sat out the Pride season by keeping your observances at a social distance or you took to the streets in honor of the 50th anniversary of the first Pride march, having reading materials on hand to augment the celebration is always a good idea. The following books are some worthwhile suggestions.

Young readers
October may be a few months away, but it's never too early to start thinking about Halloween (considered by some to be one of the gay national holidays). In Christopher Pumpkin (Little, Brown, 2020) by Sue Hendra and Paul Linnet with illustrations by Nick East, the titular character is brought to life by a "wicked old witch" and it's soon discovered that, unlike the others from the patch, he likes "all things fun" and must find a way to stay true to himself.

Michael Joosten, author of My Two Dads and Me, among others, and illustrator Wednesday Holmes have teamed up for the colorful and rhyming Pride 123 (Little Simon/Simon & Schuster, 2020) which features 10 examples of Pride festivities including "4 activists fighting the good fight" and "10 waving flags fly brightly with pride."

In B*Witch (Little, Brown, 2020) by Paige McKenzie and Nancy Ohlin, a coven of young, small northwestern town witches, including Iris, the new girl at Sorrow Point High, and black and trans Ridley, come face to face with a rival coven known as the Triad with a reputation for misusing its spells and dabbling in dark magic. Following the murder of one of the witches, the adversaries put ill will behind them to find the responsible party.

Adult readers
Now, more than ever, we need a reason to laugh out loud and we have Samantha Irby and her side-splitting essay collection Wow, No Thank You (Vintage, 2020) to look to for that. From the dedication ("This book is dedicated to Wellbutrin") to the first essay, "Into the Gross," through the last one, "An Extremely Specific Guide to Publishing a Book," Irby has the most hilarious way with words in this, her third compilation of essays.

Beloved Comrades: A Novel in Stories (Anaphora Literary Press, 2020) by gay poet and fiction writer Yermiyahu Ahron Taub, which opens with an introductory "Selected Cast of Characters" (43 to be exact), centers around an Orthodox Jewish community and the synagogue that serves as its hub. It reinforces the concept of the ties that bind for better, and in some case, for worse. 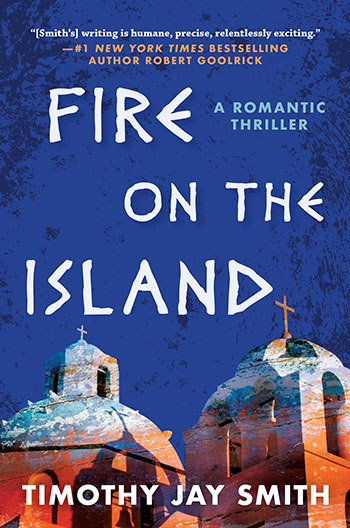 Someone else's troubles can often be more interesting than your own as Lammy Award-nominated novelist and screenwriter Timothy Jay Smith proves in his romantic thriller Fire On The Island (Arcade/CrimeWise, 2020). Set on the Greek islands during the refugee crisis, FBI agent Nick Damigos finds himself surrounded by an assortment of potential suspects, including young bartender Takis (with whom he is romantically involved), any of whom could be the arsonist setting a series of fires.

Greece, and Athens in particular, also figures into the novel Scorpionfish (Tin House, 2020) by Natalie Bakopoulos. Returning to her childhood home following the deaths of her parents, Mira encounters new and old acquaintances. Among them, Nefeli, "a well-known queer artist who came of age during the military dictatorship." 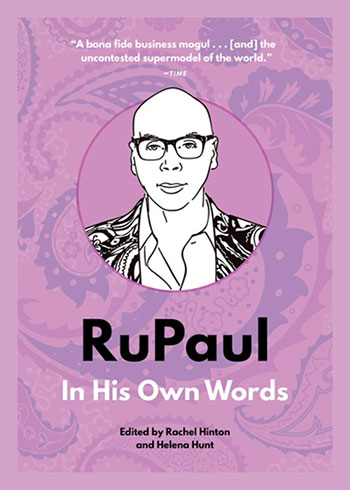 Edited (and compiled) by Rachel Hinton and Helena Hunt, RuPaul In His Own Words (B2 Books/Agate, 2020) suggests that readers from all walks of life "get inside the head" of award-winning, drag icon, mogul, actor, musician and all-around diva RuPaul. Featuring quotes from an array of sources, including social media posts, interviews, TV appearances, and even RuPaul's own books GuRu and Lettin' It All Hang Out, the imminently quotable superstar has something to say for almost every occasion.

Published as part of the Living Out: Gay and Lesbian Autobiographies series, The Change: My Great American, Postindustrial, Midlife Crisis Tour (University of Wisconsin Press, 2020) by Lori Soderlind (author of the memoir Chasing Montana: A Love Story) follows the writer on her odyssey across the "rusting heart" of America in a used camping trailer accompanied by her 14-year-old dog, a nagging midlife crisis and "a secret agenda." 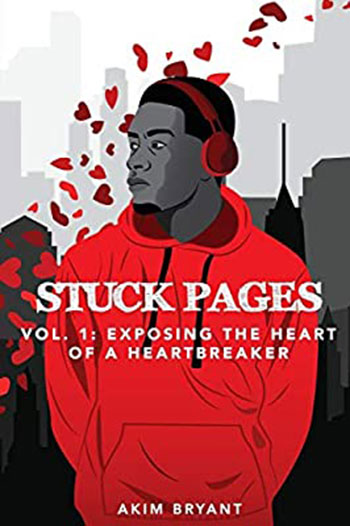 In honor of the anniversary of its publication, Stuck Pages Vol. I: Exposing the Heart of a Heartbreaker (Chris Omar, 2020) the debut novel by journalist and music programmer Akim Bryant, has been reissued with a new cover. Black gay man Quincy Simmons' love story in songs takes us from December 2000 to April 2004, and according to Bryant, it's the first installment of a trilogy.

Now in paperback, Say Say Say (Vintage, 2019/2020), the acclaimed first novel by queer writer Lila Savage, is the powerful story of Ella, her "unintended career in caregiving" and the impact her work taking care of Jill, "only sixty, the victim of an accident rather than the mental and physical crush of age" has on her, as well as her relationship with her girlfriend Alix.