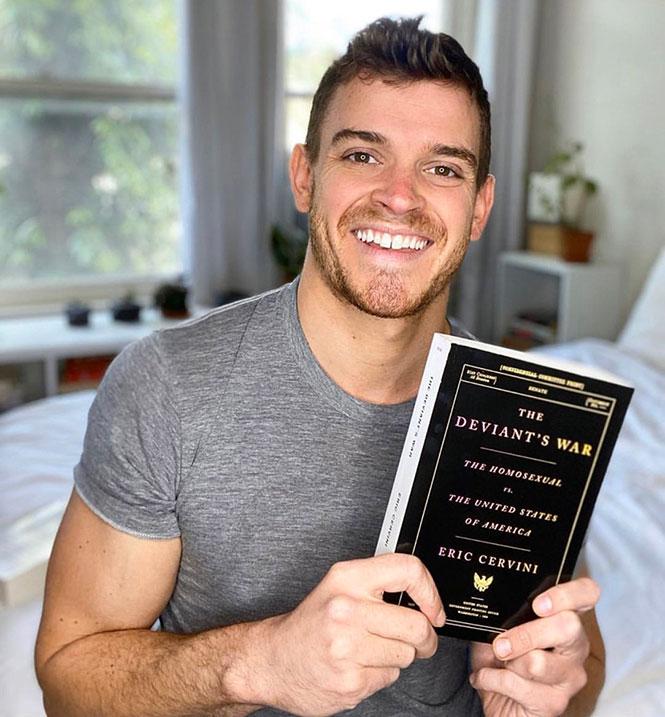 It's rare that a non-fiction book as richly detailed as The Deviant's War: The Homosexual vs. The United States of America (Farrar, Straus and Giroux) moves along at the brisk clip of Eric Cervini's new account of pre-Stonewall queer activism.

It's essentially a biography of Franklin Edward Kameny, an astronomer the Army Map Service hired shortly after his return from active duty in World War II. The job was ideal for a young scientist with a Ph.D. from Harvard and a rare intuition for engineering and should have been a curtain-raiser for a major career as a scientist. But its abrupt end turned Kameny into a different kind of fighter, for gay rights.

"It began, as usual, in a public restroom," Cervini begins, with a chilling scene eerily redolent an ever-growing tranche of gay literary fiction. Some Bay Area Reporter readers may even start at Cervini's detailed verbal restoration of the basement tea-room at the San Francisco Transbay Terminal, demolished in 2010.

Two San Francisco policemen, doing surveillance from overhead, apprehended Kameny for deviant behavior there. The sexual encounter was, typically, more gestural than consummated, and charges against Kameny were quickly dropped. 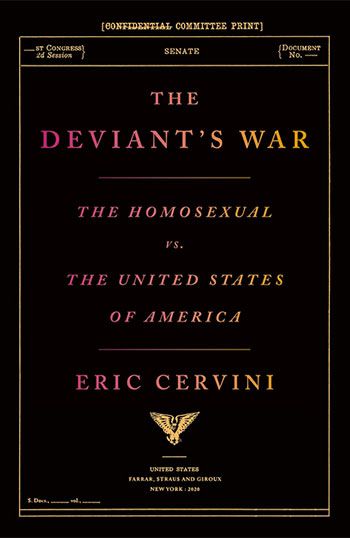 While it did not result in Kameny's becoming a registered sex offender, knowledge or gossip about the police report dogged Kameny for the rest of his life, disqualifying him for job after job at a time, just after the Soviet Union launched Sputnik as a direct challenge to the U.S., and the astronomer's firing was an acknowledged loss for the U.S. Kameny's work history thereafter was checkered, and he spent much of his life in penury.

Although his story has gotten its due in print, among today's queers his place in the history of gay-activist resistance may just as well have been hauled off with the queens at Stonewall.

Cervini, an LGBTQ historian who has brought this project from research papers to a dissertation to the just-released book, uses the whole canvas of queer history in the '50s and '60s — too often dismissed as the prelude to Stonewall — to refresh Kameny's story.

The only vestige of academic style in the book is the 100-page section of footnotes and index, but Cervini gives readers a thrilling account of a man whose proclivity was always fight over flight.

Cervini delves deeply into the Mattachine Society (Kameny cofounded the Washington, D.C. chapter in 1961), and its female equivalent, the Daughters of Bilitis, whose odd names he unpacks as partly indicative of the challenges queers had at the time. Kameny was so self-identified with the Mattachine Society in Washington and its growing branches — and with remaining its president — that it took its being overtaken by the Gay Activists Alliance get him to use the word gay instead of homosexual, and stand aside.

What Kameny did not take lying down was the ongoing, mounting rejection of gays and lesbians working, or seeking to, in the military and corporate worlds. To the considerable extent he could, Kameny pursued his grievances about anti-gay employment discrimination steadily up a chain of authority that eventually won him an uneasy audience at the White House (ill-timed in its proximity to another bust for public sex in Lafayette Park). Building on diligent legal self-teaching, he eventually argumed his case before the Supreme Court, where he served as his own lawyer.

He also made a serious if failed run for Congress that drew even greater attention to his cause(s). "The interstate mobilization for Kameny's signatures was not an entirely grassroots effort, however," Cervini writes. "It also represented one of the country's first exertions of Gay Power in its original sense: gay economic power."

Cervini tracks his subject's evolution from a man who insisted that his fellow activists wear suits and ties for pickets and demonstrations, to bolster the public image of gays as lowlifes, to a man who coined the influential "Gay Is Good" borrowing from Stokely Carmichael's "Black Is Beautiful." Kameny saw the wisdom of working with members of other oppressed minorities and actively supported their campaigns.

Between the gigs in his cobbled-together life, Kameny earned some money as a speaker. One outgrowth of that enterprise is nothing less than his leading role in getting the American Psychiatric Association to drop its long-standing regard of homosexuality as a sickness in its powerful professional Bible, the regularly revised Diagnostic and Statistical Manual of Mental Disorders.

Cervini's admiration for his subject is patent while maintaining honesty about Kameny's personality quirks, particularly his difficulty in working with colleagues. There is also background to the bitterest irony, Kameny's regret at not finding one man to love.

This book would be a treasure at any time. But now, when Pride Month has suffered the same quantitative diminution as other burning causes in American society, caught in the pincers of multivalent international crises, it is more than a consolation prize. 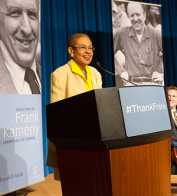 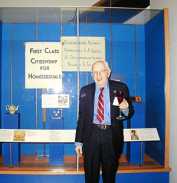 Here's why we all need to thank Frank Kameny 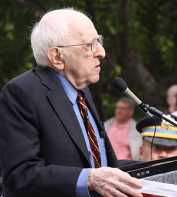 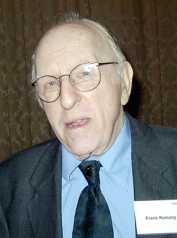