The heart of a hustler: David P. Wichman's 'Every Grain of Sand' 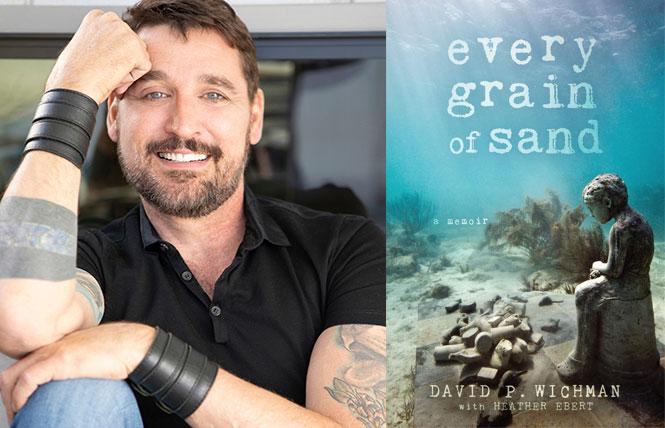 David P Wichman, author of 'Every Grain of Sand'

Author, sexual healer, and entrepreneur David Wichman has come a long way. His new memoir, a book humming with confidence, pride, and self-reflective wisdom, describes the lengthy road into and out of years of abuse, neglect, shame, addiction, rehabilitation, and recovery.

The book opens in 2005 as Wichman, incarcerated in Santa Rita Jail on a laundry list of charges, prepares for an appearance in federal court to receive his future. The book then backtracks to the author's checkered past, not as an excuse for his wrongdoings, but to flesh out the lengthy and often troubled journey from tortured child to blessed and thankful adult.

As a child growing up in Stockton and then Fremont with his brother and sister, Wichman vividly describes episodes of sexual abuse from the "total creep" who "lived in a house that looked like the Bates Motel" and from his maniacally sadistic stepfather. He recalls running away from home at age seven, catching a Fremont BART train to downtown San Francisco just to escape for a while, then of finally confessing to police about the increasingly horrific conditions in his family home. His years in foster care were short-lived but a welcomed respite from the beatings at home.

Wichman's teens were clouded with LSD trips, alcoholic blackouts, theft, prostitution, and bouts of homelessness. Readers familiar with "old" San Francisco when the Polk Gulch neighborhood was the original gay epicenter of the city, will find the author's references to bars, hot spots, and the adult bookstores he'd used to turn his tricks in as sweet nuggets of nostalgia.

The escorting lifestyle proved a lucrative endeavor until he began an intimate relationship with shooting crystal meth and the grim reality of AIDS set itself firmly into his friendship circles.

Wichman writes honestly about his downward descent into the dark depths of drug addiction and the ways rehab, step-recovery systems, and spirituality saved him from certain death. The narrative circles back to the beginning, when his fate in 2005 lie in the hands of a court judge, who considered the heartfelt letters he'd written and the testimonies of his friends on the outside, and he was released on probation with a promise to live an honest life.

A return to escorting without the aid of drugs proved lucrative once again and ushered him into a new era of his life where self-preservation and happiness were integral elements. In 2011, he met the men whom he now enjoys a polyamorous triad relationship with and his road to emotional wellness continues with the aid of a life coach, numerous "spirit guides" like guru Marianne Williamson, inner and outer gratitude, and love in its many incarnations.

His powerfully moving memoir is a testament to the power of resilience and transformative self-awareness, and how confidence and impermeable willpower can withstand the slings and arrows of modern life. Wichman hopes that readers with fractured histories of their own will find his candid, outspoken memoir a "liberation from the illusions of brokenness."