Interrelated fates: sexuality in 'Enter the Aardvark,' 'The Wanting Life' 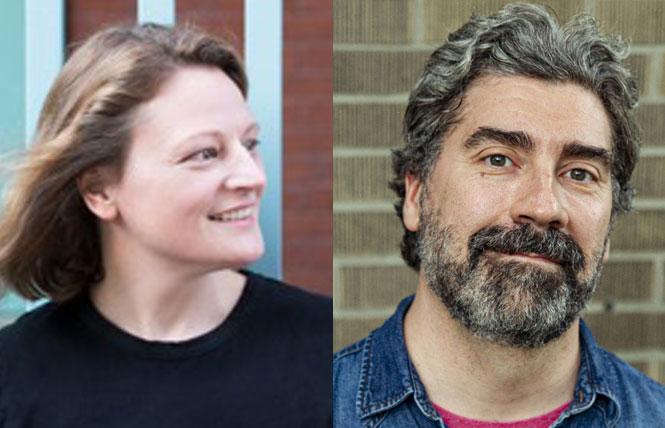 Does the highly explicit sex now dominating gay literary fiction spell the end of the library about life in the closet? Or to the quibbles about which religious upbringing — Catholic, Protestant or Jewish — is the most damaging to the budding queer, which has also been overshadowed by the lessons of the sand wars, which have shown us Muslim boys thrown from high buildings.

Given that, it's both amazing and somehow gratifying that the literary genre of the closet novel still has any juice left. Two just hit the market — Mark Rader's debut novel, The Wanting Life (The Unnamed Press) and Jessica Anthony's Enter the Aardvark (Little, Brown and Company) — that make compelling reading, if from radically different perspectives. 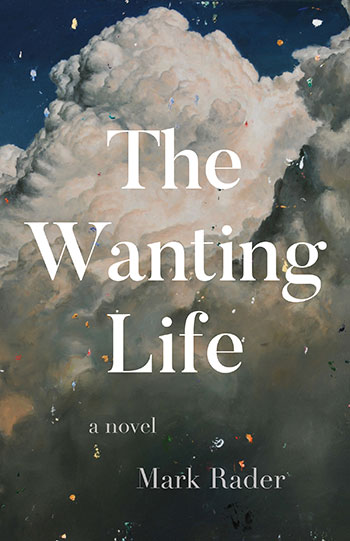 The only exhibitionist feature of Rader's earnest prose is also elsewhere now: the telling of a cross-generational family saga in segments that are out of chronological order. What makes Rader's compelling is the close attention he pays to each of his characters, all fording the cross-currents of their individual and interrelated fates.
The writing is unfailingly accomplished, involving, moving.

Its main character is Father Paul Novak, a teacher-scholar-priest who dedicates his life to the church if not always to a god with a penchant for judgment or, more unsavory for Father Paul, a congregation of regular people.

It's only in his last years, on a trip to Rome with his sister, that he coughs up his long-held secret: an affair with Luca, an sexy young Roman student, that takes place late in a multi-year period of study in Rome. There are chalices of passion if only thimbles of sex in the pair's short time together.

It depends on what you think counts as sex to decide whether the pair had it two or three times, but when Father Paul's furlough ends, the affair is drained by space and time, to the differing regrets of both men. It is nearer his own death that Father Paul learns that Luca is long dead, likely of AIDS.

Without moralizing, Rader depicts the struggles of each of his well-drawn characters navigating lives that pit duty against sudden, unsought, eruptive meetings that defy some of them and define others, conflicts between pattern and passion that are solved, or not, by allegiance to self. 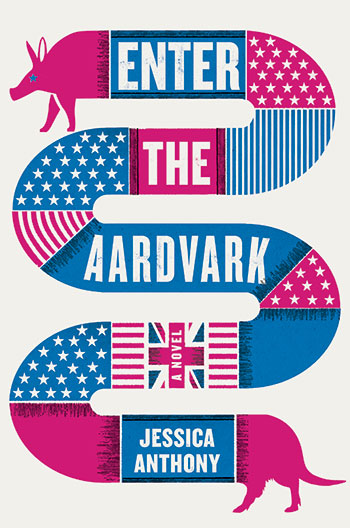 The fact that Enter the Aardvark begins with an m-dash signals that Anthony is after different game. Her targets are gay Republicans or, as she calls them the "Not Gays."

Congressman Alexander Wilson, who has just ghosted a long-term sex partner, charity celebrity Greg Tampico, thinks he has reduced at least one impediment to his imminent re-election. The closest he comes to a belief is this: "It's not about sex. It's like women make you feel like a man, but men make you feel like a human. It's not your fault you are who you are, and they are who they are."

The situations Anthony mines for her material are the stuff of headlines, but her mission is unrelievedly comedic, leavening. Like Rader, her story reels between epochs of time and knots of characters but, in her case, with the unsparing, high-energy atom-smasher of whip-smart, informed, biting cynicism. Her prose is quick, almost breathless, voracious and deftly targeted. She lands her punches on the professional Not Gays just this side of short-acting parody and instead pelts it with its own, lethal, if risible, double standard.

Enter the aardvark. It is a piece of 19th-century taxidermy by a self-cloistered artist who himself has been left, after the kind of passion that erupts most explosively behind closed doors, by a younger man who leaves him for the safer discontents of heterosexual marriage.

The slain, burrowing South African termite eater's own story is masterfully interwoven throughout Anthony's chronicle of its increasingly tawdry junkets. Taxidermist Titus Downing mastery is grounded in his capacity to get into the jiva, the essence, of dead animals. What he has learned is that, even with them, it's all in the eyes. For the aardvark, he eschews the beads in common use for a pair of eyes he makes, resembling those of the man who left him.

The aardvark eerily decorates the bedroom of Tampico, where it has witnessed carnality of the two Not Gays. Before killing himself over Wilson's duplicitous dumping of him, Tampico has the aardvark FedExed to Wilson's apartment, which he occasionally shares with two fellow Republicans congressmen. Tampico's suicide makes headlines, and if Wilson wants no postmortem part of it, he has to get rid of the damn thing.

The escalating hilarity is addictive, but the jokes aren't easy, the humor routinely revolting. There's a substance in Titus Downing that itself mocks his masterpiece's owners. Anthony's galloping, detail-rich prose comes in at 200 pages, so don't start it after dinner if it's a good night's sleep you're after.