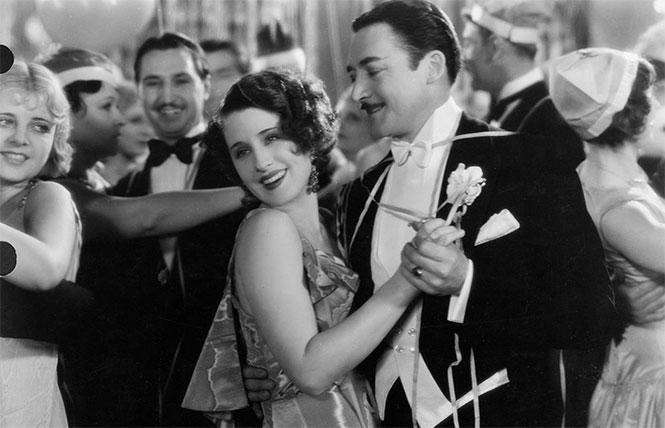 Norma Shearer, one of the subjects of "Best Actress" 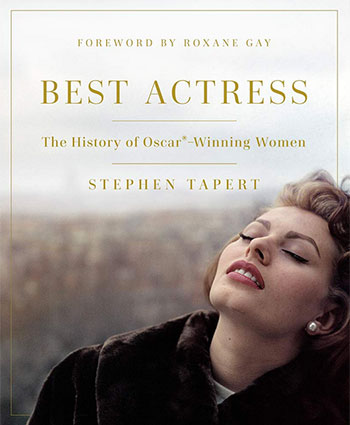 A ravishing Sophia Loren graces the cover, while very much not in character as the impoverished and mortally suffering mother in her Oscar winner Two Women. Inside, the book is arranged chronologically by the first Oscar bestowed on each actress (thirteen women have won twice, while Katharine Hepburn won a whopping four).

Entries average six pages, and it's chock full of photos, many never before published. Grace Kelly poses in costume behind the camera on The Country Girl, Loretta Young checks her hair in The Farmer's Daughter, and Frances McDormand consults with her co-directors Joel and Ethan Coen in Fargo.

Tapert has strong credentials. He served as museum researcher at the Academy of Motion Picture Arts and Sciences, and teaches film studies at the New York Film Academy. He focuses on historic circumstances, and relevance of the winning performance then and now. Bio entries are sometimes scant on professional credits, often neglecting non-award-winning career highlights. I found the older entries more interesting than those from this millennium, primarily because they are enriched by hindsight and history already written. 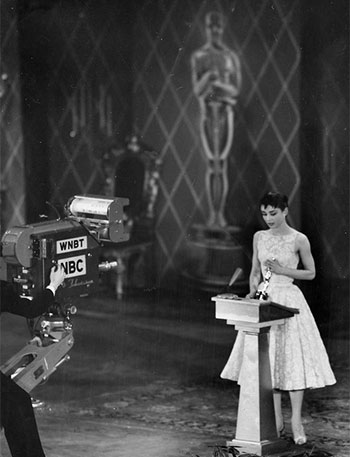 Tapert makes note of surprises and upsets, but doesn't editorialize whether this or that choice was deserved. That, of course, is subjective. Instead, he posits how and why one performance held greater esteem or popularity than the others at the moment of voting.

More objective is the too limited screen time to justify lead actress status — Luise Rainer in The Great Ziegfeld, Patricia Neal in Hud, Nicole Kidman in The Hours, and Kate Winslet in The Reader.

A #MeToo slant is included toward sexism, misogyny, and opportunities and empowerment for women in the film industry and the larger world. While Tapert dignifies every winner, he doesn't shy away from the dishy stuff. He engages in what he decries. It's a balancing act — the salacious and objectifying next to the artistic and academic. Some readers may turn off.

He describes who wore what the night she won, who's taken her clothes off with a camera watching, and who's been felled by scandal, addiction, or disease. We also get accounts of Joan Fontaine's and Olivia de Havilland's tiresome sibling rivalry, Jennifer Lawrence's face splat on her way to the podium, and a preoccupation with Helen Mirren's breasts.

No matter the merit of its contents, Best Actress is impeccably well-researched, edited, and constructed. Browse, and certain themes invariably emerge. Some combination of ambition, talent, good luck, and courage are evidenced in every winner. 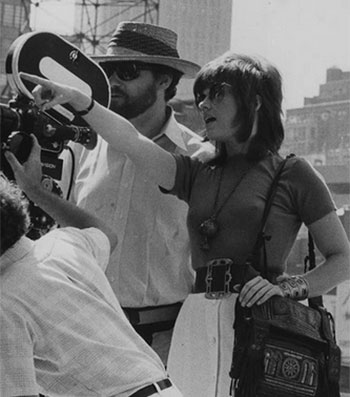 A spectrum of political engagement shines — to the left goes Susan Sarandon, to the right goes Ginger Rogers. There are the actresses whose first love may have been the stage — Helen Hayes, Vivien Leigh, Shirley Booth, Maggie Smith (until Harry Potter found her, that is), Glenda Jackson, Geraldine Page, and Jessica Tandy.

Actresses whose personal style caught the Zeitgeist just right include Claudette Colbert, Audrey Hepburn, Julie Christie, Faye Dunaway, and Diane Keaton. Many causes are embraced, from Marie Dressler as suffragist to Elizabeth Taylor as co-founder of the American Foundation of AIDS Research to Julianne Moore as gun control advocate.

Observable, too, are changing trends in prize-winning acting. The tremulous and delicate work of Luise Rainer, Joan Fontaine, and Jennifer Jones would unlikely be acknowledged in an age where emotions in extremis win awards for Halle Berry, Charlize Theron, and Marion Cotillard. 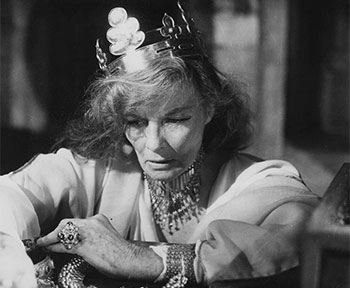 But some things don't change. Consistent is the prevalence of characters used and abused by men, sometimes seeking revenge (Norma Shearer in The Divorcee, Joan Crawford in Mildred Pierce, Olivia de Havilland in The Heiress, Judy Holliday in Born Yesterday, Jodie Foster in The Accused, Brie Larson in Room).

Villains we love to hate (Louise Fletcher in One Flew Over the Cuckoo's Nest, Kathy Bates in Misery) contrast with performances rendered largely without speech (Jane Wyman in Johnny Belinda, Marlee Matlin in Children of a Lesser God, Holly Hunter in The Piano). 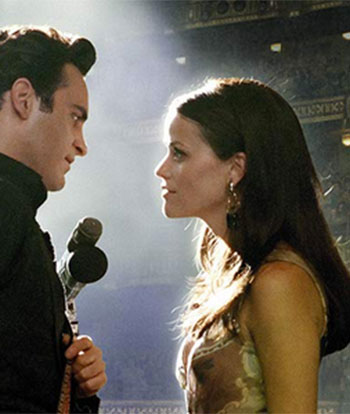 But it's not all victimhood, pity, and madness. Strength, self determination, and valor do get rewarded — Marie Dressler in Min and Bill, Bette Davis in Jezebel, Vivien Leigh in Gone with the Wind, Greer Garson in Mrs. Miniver, Anne Bancroft in The Miracle Worker, Katharine Hepburn in The Lion in Winter, Ellen Burstyn in Alice Doesn't Live Here Anymore, Sally Field in Norma Rae, Jodie Foster in The Silence of the Lambs, Julia Roberts in Erin Brockovich, and Sandra Bullock in The Blind Side.

Some great actresses, however are missing. The Academy never got around to giving competitive Oscars to Barbara Stanwyck, Greta Garbo, Irene Dunne, Gloria Swanson, Doris Day, or Deborah Kerr. That short list doesn't include living actresses, or actresses speaking something other than English.

Despite its increasing irrelevance in a splintering entertainment industry, winning an Oscar actually means something, if only because the odds are so high. But the Best Actress award has been a nearly one hundred percent white provincial honor for over ninety years.

There are so very many gifted and deserving women past and present who were never considered because they gave great performances in Japanese, Portuguese, or Polish, or because they were African or Asian American. This book is an unmitigated reminder the Academy has a long way to go, in the Best Actress category and elsewhere, in truly reflecting film excellence around the globe.