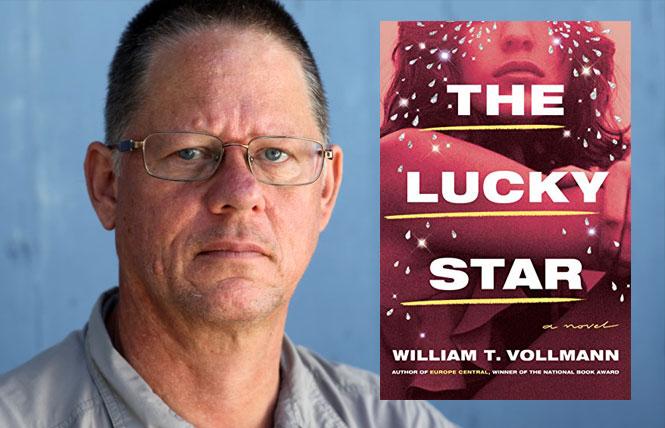 As an accidental byproduct to an impossible situation, books are seeing an enormous resurgence as a necessary staple. To keep the majority of us shelter-in-placers occupied, entertained, and ultimately sane, the art of reading has taken on new relevance and significance.

San Francisco's dispossessed Tenderloin District culture gets its own 655-page homage with the new novel from William T. Vollmann, a 60-year-old Sacramento author known for his larger-than-life fiction and nonfiction books on subject matter like the lives of prostitutes, the 1877 Nez Perce War, and 2009's Imperial, a 1300-page study on the dusty hardscrabble expanse of California's Imperial Valley.

Here, however, Vollmann explores the lives of a marginalized population of barflies, bartenders, prostitutes, johns, drag queens, transgendered men and women, cops, and clergymen alike as they collectively genuflect at the feet of an imminently alluring and hypnotic woman (and sexual guru) named Neva.

As his book traverses the bar stools, makeshift stages, and dusty bedrooms of the TL, crucial themes of idolatry, gender fluidity, the prisms of femininity, and the blindness of love rise above the simmering melodrama involving Neva's increasing hold over those she encounters.

The cast of characters is immense and often a feat in and of itself to keep track of as the pages flow across the play-by-play commentary from a reliable narrator who also happens to incorporate himself right into the action.

All holding court from their barstools in a Tenderloin dive bar are a colorful collection of misfit disciples and desperate tumbleweeds ranging from masochistic transwoman of the night Judy; a retired policeman; a frisky unnamed "lesbian" (the novel's original title was The Lesbian), sketchy bartender Francine, and local beauties Sandra, Xenia, or Shantelle, who all experience "feeling tied up in knots" over Neva, the novel's ultimate enchantress and "Bodhisattva."

But as the days of drinking and nights of orgasmic sexual theatrics (almost to an excessive extent) proceed, some of the more clever characters begin questioning Neva's enduring allure and her true intentions, especially a cop with a thirst to level the playing field between Neva and his fellow bar patrons. But Neva has her own demons to wrestle with including years of harrowing childhood sexual abuse, which is explored a bit too prematurely over the course of the narrative.

This protracted, exploratory, carnally-attuned novel is the middle opus in Vollmann's planned trilogy of transgender-themed novels, bookended by 2013's The Book of Delores and another yet-to-be-published masterpiece entitled How You Are, about the author's alter ego Delores, his crossdressing debut in 2008, and the process of "becoming" Delores and how it has changed his existence.

As with several of his former novels, The Lucky Star is informed by the author's dogged and diligent interviews with and observances of junkies, prostitutes, barflies, beat cops, and assorted performance artists who have crossed his path in one way or another.

Vollmann himself is a gloriously eccentric personality to behold: not only has he been characterized as a misanthrope, rejecting the popular usage of cell phones and credit cards, but he was also intensively investigated by the FBI as a possible suspect in the mid-1990s Unabomber case. Though he was cleared, the governmental scrutiny and privacy violations he'd endured had lasting ramifications on his past and present life.

Though overly cynical and embellished with addiction, extraneous sex, and desperation, reading The Lucky Star is a surprisingly rewarding experience though it will require a devoted investment of time and attention. The final afterword section describing the novel's origins and Vollmann's perspectives on his characters is worth its weight in literary gold.