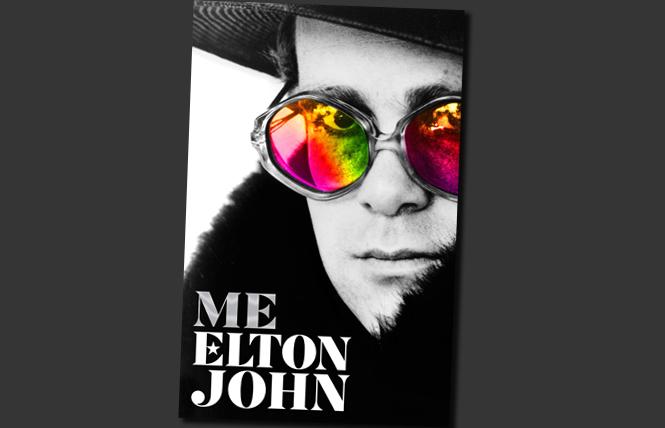 Born Reginald Kenneth Dwight in Penner, England, the only child of abusive parents, his only escape was to secretly listen to the forbidden music of rock idols Jerry Lee Lewis and Little Richard, whose flamboyant piano-playing stirred Dwight's soul into rebellion. A piano prodigy at a young age, he studied classical music at the Royal Academy of Music while performing in pubs and hotels. In the band Bluesology, John backed iconic US R&B artists on their UK tours. Dwight was introduced to lyricist Bernie Taupin in 1967. In 1968, DJM Records signed the pair and sent them to the US to play LA's legendary Troubadour club in 1970, complete with an outlandish Tommy Roberts wardrobe. Frozen with fear but armed with ambition, Elton Hercules John would be introduced by porn goddess Linda Lovelace, carried onstage by Mr. USA bodybuilder Jim Morris (John's bodyguard for 15 years) and joined onstage by drag icon Divine. Pop culture hasn't been the same since.

John and Taupin captured the human condition, cinema, sex, nostalgia and Americana wrapped in glitter rock, blurring the lines between stratospheric camp and true style. The tops of the charts were their playground, with anthems that became cornerstones of pop, including "Daniel," "Candle in the Wind" and "Someone Saved My Life Tonight." But deep inside, John was "still Reginald," insecure sexually, emotionally and psychologically. He lost his virginity to his soon-to-be manager John Reid, impulsively moved in with him and was introduced to gay rock decadence, complete with lots of cocaine. Addiction plagued John for years while he appeared to be the very definition of joie de vivre, backed by orchestras on intercontinental tours.

The facade cracked when John came out as bisexual in Rolling Stone magazine in 1976, complaining of loneliness. This book exposes the issues that enslaved him, but the ravages of AIDS on the gay community sharpened his focus. John began the long road to sobriety as Elizabeth Taylor used her charisma (and jewels) to bring worldwide attention to the disease. His relationship with young hemophiliac Ryan White, the pain and social stigma of White's HIV status, put an end to Elton's narcissism. White's life and death inspired the creation of the Elton John AIDS Foundation in 1992.

"Me" explores John's friendships with iconic members of the LGBTQ community, including editor-in-chief of Interview magazine Ingrid Sischy and fashion designer Gianni Versace. His relationship with Diana, Princess of Wales became a worldwide sensation following his performance of a retooled version of "Candle in the Wind" at her 1997 funeral.

Elton describes his work ethic, avid curiosity, titanium constitution and heart of gold. There aren't enough superlatives for this chronicle of a loving husband and father of two, and it barely scratches the surface. "Me: Elton John" is a must-read for anyone who wants to upgrade their hearts and music collections. The Rocket Man continues to rise, a cross between angel and Energizer Bunny.