More lives of a cat in 'Crossing' 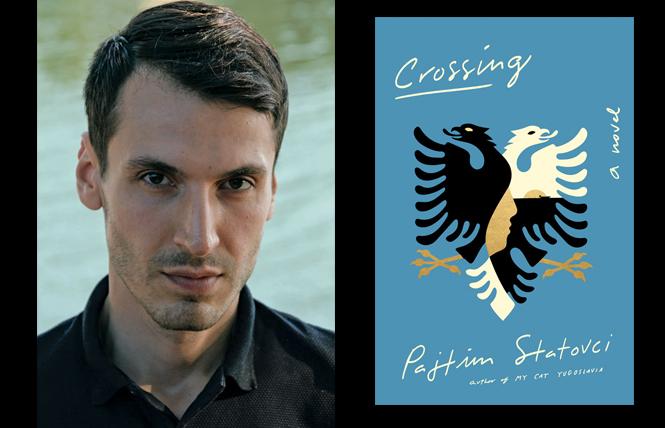 An Albanian-Kosovan Muslim by birth, author Pajtim Statovci emigrated to Finland sufficiently long ago that he writes in Finnish. If "My Cat Yugoslavia" left dazzled readers wondering where Statovci might go next, the answer, again translated by Hackston, has come in his second novel, "Crossing" (Pushkin Press). He has gone deeper. The territory is still the refugee experience, depicted with even more harrowing realism this time. The battle between whether hunger or cold is the greater tormentor is depicted in savage terms, cold the eventual winner.

With the refugees on America's southern border now claiming the spotlight in the news, "Crossing" comes as a potent reminder of the ongoing refugee crisis playing out in the fatal nexus of the Middle East, North Africa, Eastern and Southern Europe. But there's nothing calculatedly topical about "Crossing." Its scope now addresses the equally topical issues of boundaries of gender and sexuality, owing to their changeability and endless complexity.

Without becoming confusing, time is both elastic and circular. The protagonist, Bujar, is a 20something cis, straight-leaning male, and his almost Mark Twainian sidekick for much of the novel is his friend from childhood Agim, born a boy but longing to be a woman. The motive desperation they share is to escape the political perils and grinding poverty of life in late-20th-century Albania. There's something almost comedic in their flight, their scant belongings in plastic bags. The resourceful if hardly practical Agim carries more, because he's thought to bring along clothes purloined from his mother and sister, and a wad of cash and a pistol from his father.

There comes a point in their peregrinations that the two, who openly love one another, add sexplay to their nighttime diversions. Bujan tentatively asks Agim if the latter is gay — "peder" in their native slang — and is humorously brushed off with Agim's reply that a female can't be a pederast. The play continues, untarnished by obsession.

In Helsinki nearly a decade later, another trans woman eagerly awaiting gender reassignment asks Bujar if he is gay, before he replies, "Yes, among other things." Statovci recounts Bujar's reaction to the question in a passage typical of his willingness to wrestle with the question, whether or not it is an autobiographical concern. Upon being asked the question, Bujar confesses to the reader, "My teeth start to ache in the frozen wind, my chest tight, as if an iron hoop were wrapped around it."

To his interrogator he continues: "I don't know whether I'm gay or straight, I feel like saying. I want to tell her I've never thought that I might like men who like men, only men who like women and who therefore never like me, but I've been with women too, and I want to tell her that I find it impossible to become aroused, but I have still had sex with men and women when the men and women in my life have wanted it."

Alone, Bujar undertakes the life of a wanderer, trying, futilely, to start new lives in cities as far-flung as Rome, New York and Istanbul. His survival eventually entails sex with exploitative men and more genuinely interested women, if usually trans. He's particularly enchanted by a trans woman who calls herself Tanja and later himself takes on the name.

In one of the novel's most profound observations, made while Bujar is living with Tanja, he says, "For what I would understand the least, and she doesn't yet understand at all, is the nature of desire, the numbness that follows when it's fulfilled. That's the worst of it, when nothing is the way you thought, when you realize you've been living a lie, telling yourself a story — the feeling that you would give everything away to go back to the beginning, to revive your story's origins."

Bujar does return to Albania, to a desiccated shadow of a mother who doesn't recognize him. But in what is easily the most imagination-driven, near-surreal section of the novel, he earlier takes part, under the name Tanja, in a singing competition that represents the "real" Tanja's highest ambition.

Only a novel of this ambition, depth and deep, compassionate humanity could herald how little is clear — that is, what it seems — without once lapsing into cliche.