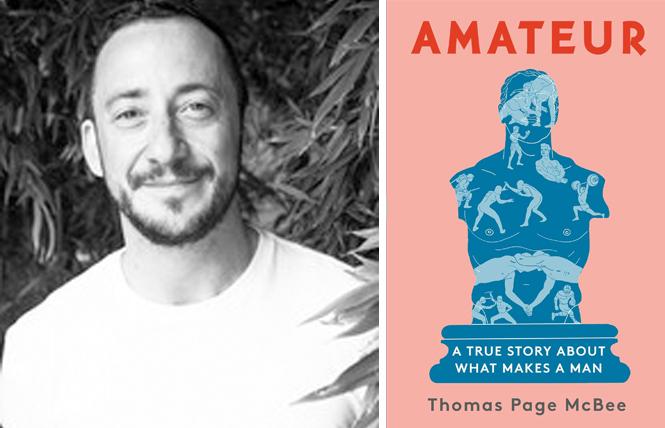 Thailand's not a world leader in much, but it's the Silicon Valley of all things trans. Back in 2003, Ekachai Uekrongtham, a Thai independent filmmaker working out of Singapore (where, ironically, the censors are even more severe), released "Beautiful Boxer," a bio-pic about Parinya ("Nong Toom") Charoenphol, who mastered muay-thai kickboxing to become an international lord of the ring — before transitioning to being a woman.

If the recent Trans Film Festival whetted your appetite for more, the multi-award-winning "Beautiful Boxer" can be found online, and I was as impressed and moved by it recently as I was in 2003. What made me take it off the shelf again was the potent new memoir "Amateur" (Scribner), by Thomas Page McBee, an American trans man whose journey took him to Madison Square Garden — in the ring.

It could be argued that the two sagas show that what underlies being trans is universal and cross-cultural, which would be not only superficial but also wrong. The struggle against societal notions of what constitutes masculinity informs both, but beyond the fact that these stories "end" differently, gender-wise, being real-life stories, they're about individuals whose paths are as distinctive as these two, knocking personal demons down for the count.

Just pages in, McBee writes about his earlier self being "so concerned with being perceived as a threat that I'd become a ghost instead," a line no animist Southeast Asian would need unpacked. Beyond that, typology vanishes in this quintessentially American book.

The author, previously, of "Man Alive: A True Story of Violence" and "Forgiveness and Becoming a Man," McBee has honed his writing to the meet the task of taking readers deep inside his experience, fearful only of stereotypes, superficialities and cliches. It asks as much of the reader's integrity — reading without presumptions, without reading in — as it does of the author's.

This shocker (and this is not a spoiler) comes in the penultimate chapter, where McBee begins a sentence with, "In my five months boxing...". For the reader, it feels like an epic few people could fit into a lifetime, or two.

McBee started his testosterone shots in 2011, this book in 2015, the latter the result of his fury after an early date with his future wife, who said, "Maybe, instead of looking for the men you want to be, you need to face your worst fears about who you are." Here's a dose of McGee's candor: "But the more I felt at home in my body, the more my discomfort of what was expected of it deepened."

Here's McBee on the ritual of self-discovery that, for him, was American boxing, a long-time if second-hand love: "The brutal intimacies of boxing — between coaches and fighters, and even between opponents — are part of our cultural narrative, and I imagined they might help me address the question of male violence with some ritual and containment."

What most fascinated him, and enlivens his book, was "the literary quality to what struck me as a compelling allusion and troubling metaphor for my own experience of manhood: two men, stripped and slowly ground down to their essences in front of a blood-thirsty crowd in a wounding ballet of fists and a losing battle with time. There was honesty in that violence, a kind of grace that both referenced and eclipsed my more toxic notions of masculinity. I couldn't think of a more visceral way to face it."

McBee's initial question is: "Why do men fight?" His writing about boxing itself, which regularly plies scathingly honest hilarity when chronicling his own progress, requires nothing less than a psychic mouthguard from readers, who will, or will be brought to, see themselves somewhere, and their society everywhere.

Even with the author's interjecting questions about his development and changing character, his story of getting to Madison Garden — both within and on the ropes — for a charity match moves right along. But it's his constantly shifting, occasionally feinting, always deepening reflections on the porous boundaries between aggression and violence, the fighter and the fought, masculinity as taught and susceptible of being relearned, that sometimes make you forget he's on his way to win or lose or both or neither in the glare and roar of the Garden.

The experience he reveals is at once unwaveringly personal — including an unflinching look at decades of sexual abuse by his stepfather and the miracle of its resolution — and enlivened by the insights he, as a trained journalist-writer, has gained by interviewing the experts on gender, sexuality and masculinity. We witness his own deep dive into Jung's injunction to confront and integrate the "shadow."

I won't disclose the page number of his final realization about what lay at the spinning gyre of his "crisis of masculinity." It's as worth fighting your way to as it was for McBee.