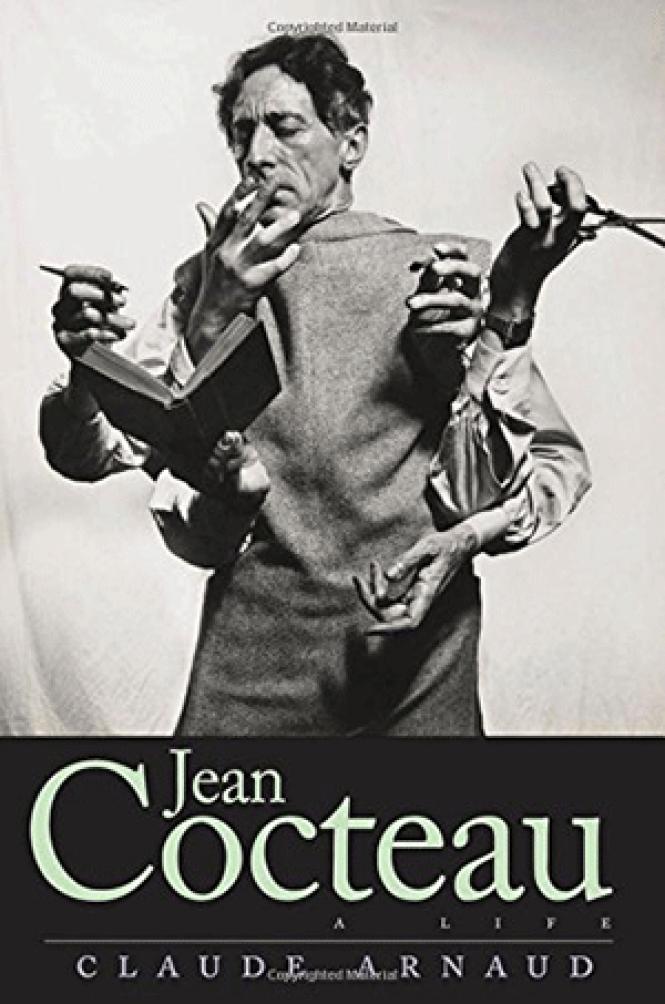 Of the major artistic figures of modernism, it's hard to think of any more in danger of becoming just a name than Jean Cocteau. You need look no farther than this newspaper to see that the name still has currency: an appreciation of SF Opera Lab's Le Voix humaine noted Cocteau as its librettist in a way that lent importance to Poulenc's piece. But the magnitude of Cocteau's achievement is receding from view to an extent that only Claude Arnaud's masterful new biography, Jean Cocteau: A Life (Yale), might counter. There isn't a boring or un-illuminating sentence in its 1,000 pages, now in a fine English translation by Lauren Elkins and Charlotte Mandel. Such as the reader tires, it's not from the exhaustive research, but by the nearly superhuman energy its subject brought to an astonishing array of artistic activities.

A steady pedal point in Arnaud's study is that the creative personalities we have since come to regard as greater â€" Picasso and Proust, among many others, though both turned on him â€" all envied his talent to the point of wishing theirs had been as great. That such a boundless talent did not produce a masterpiece comparable to the greatest of any of theirs is the book's serious, levelheaded subtext.

This is not to say that Cocteau did not create works of genius that have persevered. Endless Disney remakes have not taken discerning cineaste's eyes off the brilliant La Belle et la Bette of 1946, and his novels, particularly Les Enfants terribles, still have legs. But mostly it's works with which Cocteau was associated, however pivotally, that approach that elusive yet unmistakable "masterpiece" status.

Take Parade. As Sergei Diaghilev's Ballets Russes increasingly became the rage of Paris, celebrity-seeking Cocteau wanted in. He responded to Diaghilev's inexact if hardly vague commission â€" "Astonish me" â€" with a 1917 ballet he conceived and for which he wrote the exotic scenario. As collaborators Cocteau brought in Picasso for the cubist sets (effectively making Picasso "Picasso") and Satie for the score, which Cocteau meant to assemble from existing music but for which Satie insisted on writing new music. Leonide Massine choreographed and danced, and Ernest Ansermet conducted an orchestra that included typewriters.

Yet from the vantage point of history, the big deal may have been the program note by Guillaume Apollinaire, who coined the word "surreal" to describe Parade. Even so, Cocteau never self-identified as a surrealist, and the "school" with that name largely shunned him. He and Proust fell out on a number of grounds, primarily the latter's disapproval of the dissolute way Cocteau inserted himself into high society.

As a writer exploring the same terrain, Proust won handily. At the end of the chapter called "The Miraculous Years," Arnaud remains clear about how far Proust's reputation as a writer outstripped Cocteau's. "[By 1935] neither Proust's snobbism nor his style were the subject of criticism; fifty years later, Cocteau would remain one of the last readers to have reservations about [Proust's] work, and to reproach him for hiding his homosexuality in it."

While Cocteau may elude easy categorization, he is otherwise a biographer's dream, and Arnaud passes on none of the succulent details. An opium addict, Cocteau still managed to do herculean amounts of work in many artistic arenas, unhindered by its tranquilizing effects. For sheer outrageousness, it's hard to top Cocteau's defiant march into WWI despite having been dismissed as too weak for the military, in heavy makeup and a bespoke uniform by Paris' leading designer, ultimately drawing admiration from his fellow soldiers for his bravery.

Reading along, you wonder how there could ever have been doubt about Cocteau's sexuality; you'll find only the most abstruse suggestions of homosexuality in Wikipedia, for example. Arnaud is forthright without being sensationalist, and rarely could such a self-obscurantist subject have found a more compassionate expositor. Arnaud is at his most incisive narrating and analyzing Cocteau's crucial relationship with the writer Raymond Radiquet, whom he met when the budding novelist was 15, nurtured, chastely slept with â€" apparently the handsome, straight youth was not averse to slavish admiration â€" and watched drink himself to death at 20.

As deftly, Arnaud examines Cocteau's mid-life obsession with Roman Catholicism â€" followed by as stern a withdrawal, a pattern to which the French seem particularly prone â€" as a central thread in the ties that bound him to his mother. It wasn't until after her death that Cocteau felt free to publish the homosexual novel he long aspired to, by which time Le Livre blanc was distinguished less by its prose than by the author's own illustrations, which Edmund White describes as "sulphurous." (He had been an exemplar of support for Genet in the publication of Our Lady of the Flowers.) His most enduring relationship was with the French movie actor Jean Marais, carried on publicly in the face of censure and scandal.

By keeping his primary focus on the work, Arnaud gives us Cocteau unwashed yet personally appealing. "Many people are dead but do not know it," he writes. "Jean Cocteau, by contrast, was alive, but he doubted this so much that that he seemed often to be dreaming with his eyes open."