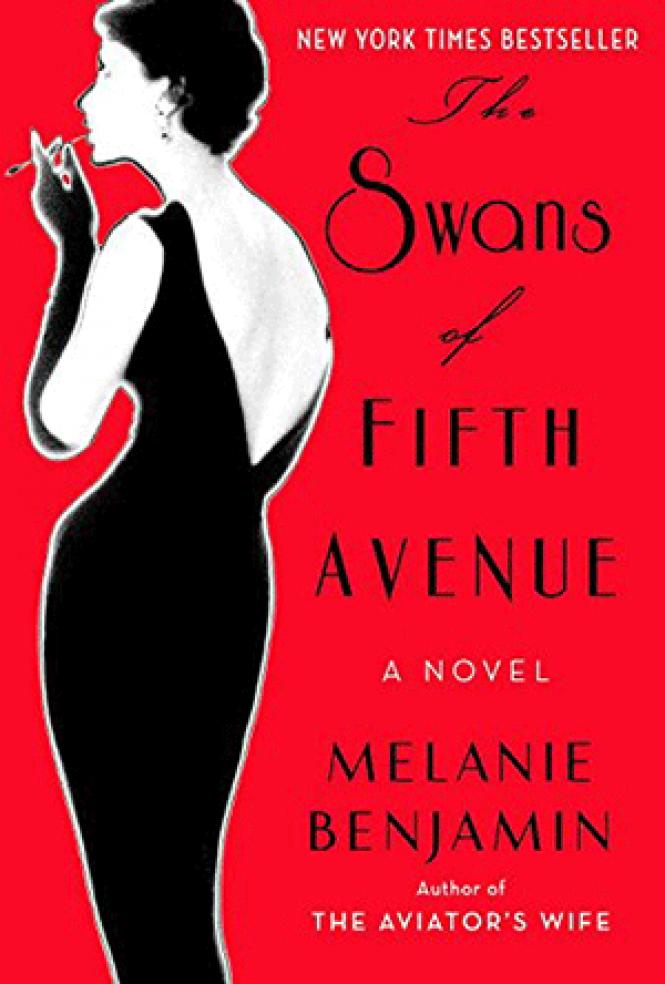 Historical fiction is a challenging genre, especially when readers remember the characters and situations portrayed. Happily, author Melanie Benjamin rises to the challenge in her dazzling The Swans of Fifth Avenue (Delacorte Press, $28). Artfully blending fact and fiction, she recreates what happened to openly gay Truman Capote (1924-84) after the publication of In Cold Blood (1965) made him the most celebrated writer in America. She convincingly imagines his slow descent into alcoholism and self-parody, which prevented completion of his long-promised Proustian novel Answered Prayers. She also offers exceptional insights into his complex relationship with the wealthy society matrons, his beautiful and elegant "swans," who welcomed him into their rarified world.

Vogue, Harper's Bazaar, Town and Country regulars Babe Paley, Slim Keith, Gloria Guinness, Pamela Harriman, Marella Agnelli, and C.Z. Guest offered Capote elegance, beauty, and grace. He made them laugh, taught them about literature, and appreciated them, unlike their rich husbands, who often took them for granted. But, like their husbands, he would betray them.

The novel opens in 1975, with Slim, Gloria, Pamela, and Marella blaming Esquire's publication of an excerpt from Answered Prayers for a suicide. They also lament a vicious revelation of a secret that humiliated one of their circle. Their reactions dismayed Capote, whom they had once called "True Heart." Suddenly he was barred from their plush penthouses, private planes, glorious yachts, Long Island estates, and Jamaican beachfront mansions. No more gossipy luncheons in trendy restaurants. No more intimate dinner parties. Yet they knew he was a writer, he lamented to anyone who would listen. What did they expect? He transformed their life stories into art.

Benjamin sticks to the facts, but like the fine novelist she is, she puts readers inside her characters, about whom so much was known, but who often harbored shocking secrets and deep insecurities. She makes them sympathetic yet flawed, capable of great cruelties and great kindnesses.

Benjamin superbly imagines how Capote, fresh from the triumph of Breakfast at Tiffany's (1958), grew especially close to Babe Paley. This is the core of the novel. Her fictional rendering of their deep, trusting friendship is convincing and touching. Capote, whose beautiful, social-climbing mother Nina had neglected him â€" she despised him for being a "sissy" â€" needed the maternal love Babe offered. She was the leading symbol of the world his mother aspired to live in, a world that intrigued him. With him, Babe could be less than perfect. He, unlike her husband, CBS founder William Paley, knew what she looked like without make-up.

Benjamin ably imagines how, as he worked on In Cold Blood, Capote grew more tortured. He couldn't complete it until the two killers of the wealthy Kansas family were executed. Yet he had befriended both and promised to help them escape the death penalty. He sacrificed them on the altar of his ambition, an act that haunted him until his death.

Benjamin astutely portrays an era in which many women were trained to marry rich men and devote themselves to fulfillingÂ their husbands' every need, overlooking their cheating while hiding their own infidelities. Guest (a Boston Brahmin), Agnelli (nee Countess Caracciolo de Castagneto) and Harriman (daughter of the 11th Baron Digby) were patricians. Yet all were reared to marry wealth. Harriman's first husband was Lord Randolph Churchill; her second, producer Leland Hayward; her third, the super-rich, much older Averill Harriman, former governor of New York.

Babe was the youngest and most beautiful of Boston's three fabled Cushing sisters, daughters of a successful surgeon and his social-climbing wife, "Gogs," who insisted that her girls be "perfect" in every way so as to marry well. Minnie's first husband was Vincent Astor. Betsy wed James Roosevelt, then Jock Whitney. Babe first married a Standard Oil heir, but the money was tied up in trust funds. After their divorce, she married Paley, whose extraordinary wealth eventually made Gogs overlook his being Jewish. Babe has been called the first trophy wife, and she offered Paley what he most wanted, entree to the WASP world.

The gorgeous Slim, born Mary Raye Gross in Salinas, hailed as the first "California golden girl," married Hollywood director Howard Hawks, but had no interest in acting. She showed him a Harper's Bazaar cover and urged him to test the unknown beauty on it. He did, and Lauren Bacall made film history. She then married Hayward, who left her for Pamela. Her third husband was England's Lord Keith, but he had little money. She eventually divorced him.

Even more remarkable was the extraordinarily beautiful Gloria Rubio Alatorre, born in Veracruz, Mexico, to a seamstress mother and journalist father. She worked as a dance-hall hostess before marrying the first of four men, each of whom helped her ascend the social ladder. The last was Loel Guinness, ultra-rich heir to the Irish brewing fortune. The great courtier Cristobal Balenciaga praised Guinness as the most elegant woman he ever dressed. Lee Radziwell, another "swan," makes only a brief appearance, perhaps because she is still alive and living in Paris.

Although he worshiped his "swans," nothing mattered to Capote as much as writing and acclaim. After years of talking about his "masterpiece" Answered Prayers, an installment, Mojave, appeared in Esquir e in 1975. Tennessee Williams, among others, praised it highly. La Cote Basque, 1965, followed, but the praise didn't. Two more sections, Unspoiled Monsters, a mean, thinly disguised portrait of Williams, and Kate McCloud, based on the life of American socialite and beauty Mona von Bismark, were published in 1976. Capote lived another four years, but nothing more was forthcoming.

Although fiction, The Swans of Fifth Avenue reads like a beautifully composed, insightful biography. It's a remarkable achievement, one Capote would have admired and perhaps wished he had written.