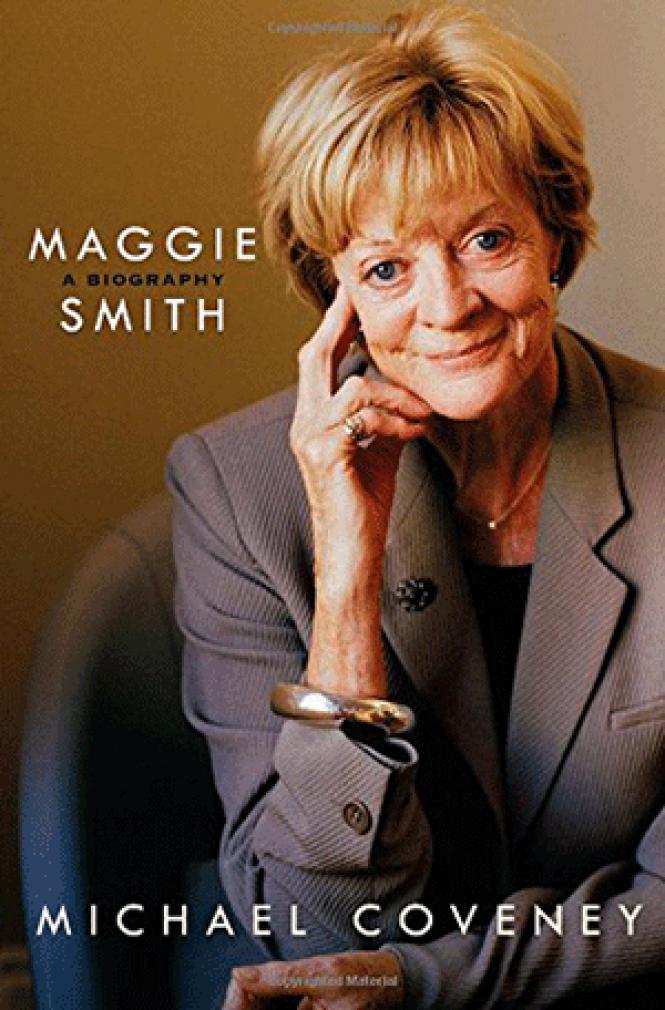 "Oh, how absolutely ghastly. How absolutely awful. I can't think of anything worse. I haven't done anything. I don't know what it is I do," gasped actress Dame Maggie Smith when British theatre critic Michael Coveney suggested writing a book about her in 1990. Her reply could have been the same if her intimidating TV series alter ego, the Dowager Countess of Grantham, had been asked a similar question on Downton Abbey. Eventually Coveney wore her down, and Smith gave him her blessing and access. The book was first published in 1992, with 150 additional pages now updated to include all her recent work.

This biography is primarily a chronological study of Smith's performances during her 60-year career and critical analysis of her acting style, along with an account of her professional successes and (few) failures. Every stage performance, movie role, and TV appearance is catalogued here, along with minutia related to theatrical history, details of plots, the actors and directors with whom she has worked. It's written in that dry, often dull, detached tone typical of English biographies. Those wanting to get to know Smith as a person will be disappointed, as there is little information about her private life. A 60 Minutes interview she gave three years ago alluded to her battle with breast cancer, yet that topic is never mentioned in the book. There's no juicy gossip here. Coveney's biography depicts Smith as a workaholic with exacting standards, her career being her life. There was probably never any time left for hanky-panky.

Born Margaret Smith (changed to Maggie because there was an actress by the same name in England) in Ilford, Essex, to lower-middle-class parents in 1934, she was raised in Oxford, where her father was a university lab-technician. She was interested in acting from a very young age, but her parents were not supportive and emotionally withholding. After she snuck out at age 11 to see her first movie, The Al Jolson Story, she was beaten by her father. Her dour, puritanical Scottish mother, in a discouraging insult to her, said that someone "with a face like yours" could never succeed as an actress. It seems a lonely, strict, repressive childhood, with the theatre as a refuge.

Eventually she built a successful career in repertory work, leading to her game-changing appearances with Laurence Olivier in Ionesco's Rhinoceros, directed by Orson Welles; and her Desdemona to Olivier's Othello, both on stage and in the 1965 film, earning her first Oscar nomination. When Olivier was tapped as the first Director of the National Theater, he brought her along, recognizing her talent but also jealous of it. When they later worked together on Ibsen's The Master Builder, many critics felt she out-acted him. Her comically brilliant Miss Jean Brodie in the 1969 film won her an Academy Award as Best Actress as well as a Hollywood career, winning a second Oscar playing an actress who fails to win one in Neil Simon's California Suite (1978). Her four-year stint in Canada's Stratford Theater in Ontario in the mid-1970s solidified her position as a great classical (mostly Shakespearean) stage thespian.

She had married fellow stage actor Robert Stephens in 1967, and he appeared as her lover who jilts Smith for her student in the Jean Brodie movie. But unlike her, he didn't become a star, which he deeply resented. His womanizing and drinking doomed the marriage, despite producing two sons and many stage appearances together. Divorced in 1975, a few months later she married the love of her life, playwright-director Beverly Cross, whom she had known for over 20 years. They shared an idyllic partnership until his death in March 1998. Her two recent high-profile roles, as Professor Minerva McGonagall (self-described as "Miss Jean Brodie in a wizard's hat") in the Harry Potter films and Violet Crawley in Downton Abbey, have made her iconic to younger generations.

Despite these 350 pages, Smith remains an enigma. Along with her friendly rivals Dame Judi Dench and Vanessa Redgrave, she is now considered, at 81, Britain's greatest living comic actress. Like many other acting geniuses she is complex, an intensely private person, with a gift of mockery, a bawdy sense of humor, a love of good gossip, and a sense of never taking herself too seriously. Her only regret is that her career took her away from her sons, actors Toby Stephens and Chris Larkin. Coveney observes, "Maggie thrives in the company of homosexuals, and has always needed close and confidential gay friends." Called the Acid Queen by her friends who both admire and fear her, like the Dowager Countess she can be formidable when crossed and famous for her barbs. Accompanying her gay friend entertainer Kenneth Williams as they were visiting Fortnum's (a London store), Maggie was aghast at the prices in the lingerie department. "Seven guineas for a bra?" she exploded. "Cheaper to have your tits cut off!" One can see how iron discipline and six decades of dedication to her craft make her Downton Abbey character seem so effortless. In a rare print interview she once exclaimed, "Acting is what I do, it's the only way I've lived." Her legions of devoted fans on both sides of the Atlantic can be grateful for that decision.