AIDS lit redux: about a quilt 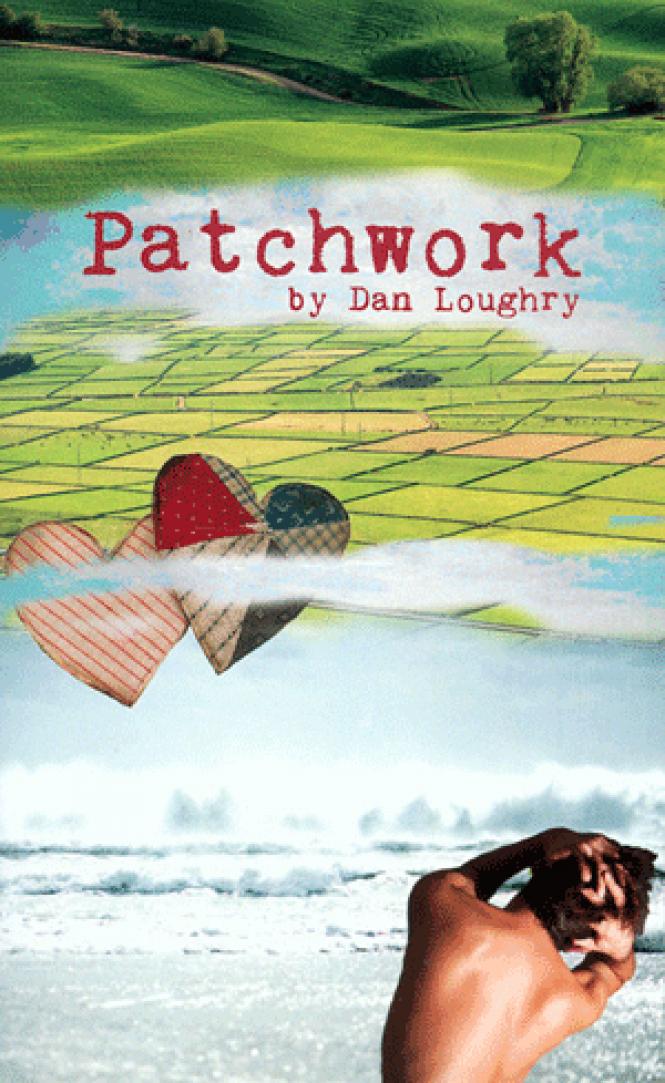 With the 30th anniversary of AIDS on many people's minds, the arrival of Dan Loughry's debut novel Patchwork (Harvard Square Editions) couldn't come at a more crucial time. AIDS literature, which saw its heyday during the 1990s and reached its peak in the mid-2000s with John Weir's What I Did Wrong and Richard McCann's Mother of Sorrows, began to fade from view while AIDS itself was never far from sight. Loughry's Patchwork begins in Chicago in 1989 at a time when AIDS was a rapid death sentence, and concludes in Los Angeles in 1999 after AIDS became a manageable illness through a variety of means. It's a powerful piece of work about loss and survival, family and friendship, the tragedy of the past and the promise of the future. I spoke with Loughry shortly before the publication of the book.

Gregg Shapiro: The first chapter of Patchwork appeared as a short story in the anthology Voice from the Planet. Is this the genesis of the novel?

Dan Loughry: In 1987, I went to the Second National March on Washington for Gay and Lesbian Rights, and was amazed by the turnout, the passion of the protesters, and at the Names Project AIDS Memorial Quilt that was on display on the Mall. It was overwhelming yet not as morose as the Vietnam War Memorial. This response to the AIDS crisis, though unmistakably tragic, seemed embedded with humor and resiliency. A few years later, I wrote a one-act play that was entirely set at the Quilt, and performed in workshop as part of the Playwrights Horizons Theatre School. Patchwork grew from that, but with a slight twist in conception. What if, I wondered, you created your own patchwork quilt before you died?

How much of Dan is in the characters Sal and Randy?

I want to say very little, but whatever you write cannot help but reflect your personality. In this case, it was important for me to reflect that generation of men who came of sexual age in the late 70s/early 80s, the ones who were cut down in their prime, and the ones, inexplicably it seemed at the time, who weathered that first wave in the face of massive public and political indifference.

The publication of the book coincides with the 30th anniversary of the official arrival of what came to be known as AIDS. Was this a conscious decision on your part, or coincidental?

Completely coincidental. Believe me, when it was first pointed out, I wrestled with it. That there is an anniversary for what came to be known as AIDS is frankly horrific; and to be in a place where the novel could be perceived as exploiting that dubious benchmark is alarming.

What impact did AIDS literature have on you? What do you consider to be important AIDS novels?

The first wave of AIDS literature – and in this I'm including plays, since they were immediate and incendiary – was fuelled by rage, fear and a very healthy indignation. Larry Kramer's The Normal Heart; David Wojnarowicz's Close to the Knives; Tony Kushner's visionary Angels in America; then later, The Coming of the Night by John Rechy; Michael Cunningham's The Hours; Alan Hollinghurst's The Line of Beauty. These works of art are emotionally accurate, historical records of human behavior in its best – and let's be honest – ugliest forms. I wanted to honor that, and also explore that time when the drug regiments changed; when being HIV-positive went from a certain death sentence to a time of cautious, contemplative optimism.

The viewing of the Names Project Quilt at Navy Pier in Chicago is a very powerful section of the book.

I mentioned the Vietnam Memorial before, and when you descend into its glossy blackness, you feel as if you're being buried alive. With The Names Project, when you stand in the middle of the laid-out quilt, you feel both the enormous tragedy – the waste of all those lives due to bureaucracy and religious intolerance – and also a presence of spirit that's life-affirming, jubilant.

In Patchwork, you juxtapose the Quilt with a gay art exhibit.

"Gay art" is one of those concepts that makes me bristle. Does the art fuck itself? It's just a label, the ghettoization of experience. That said, it's been fascinating to watch "gay art" go from a niche demographic – for homos only – to an entity with some cache. I think The Names Project helped do that, perhaps inadvertently, by giving our sorrow a public forum. And also the controversial Mapplethorpe exhibit. Say what you will about the subject matter, but his photos are classically beautiful, be they calla lilies or a bullwhip in the rectum. When that exhibit was in Hartford, the blue-haired art matrons were clustered around the sex photos more than the portraits!

Sal speaks of being in a "sex fog" in regard to his relationship with Eduardo. Have you ever found yourself in a sex fog?

I keep waiting for the fog to lift, but it doesn't seem to be going anywhere!

Have you begun work on your next book project?

I'm halfway through a novel about hate crimes that's a highly fictionalized version of the Matthew Shepard murder. And I'm toying with a political thriller inspired by the phrase "the gay agenda." That phrase makes me wince and cackle with delight!