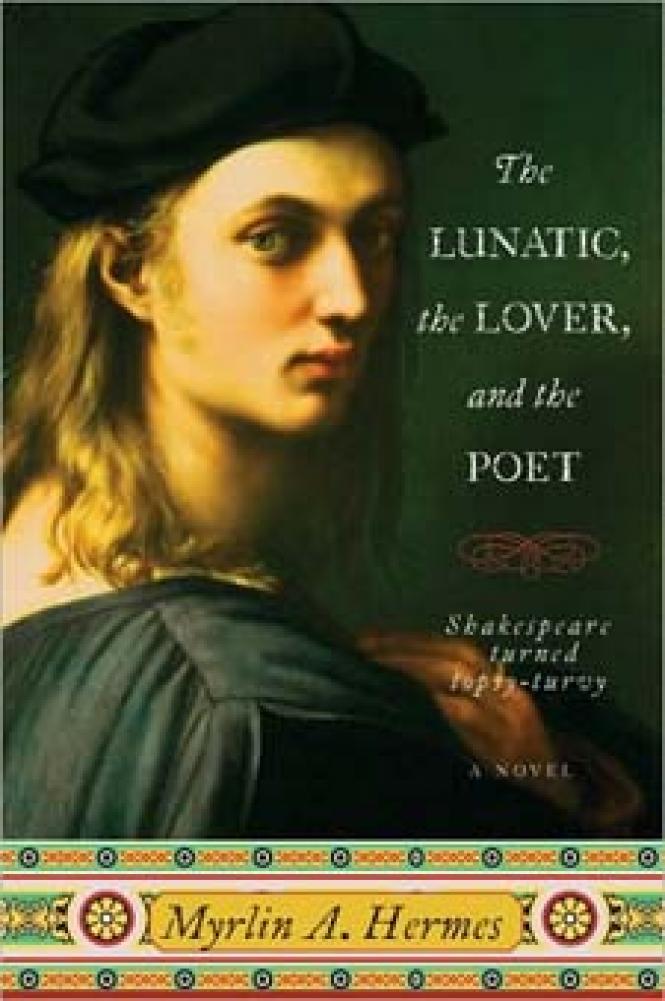 The Lunatic, the Lover, and the Poet by Myrlin A. Hermes; HarperCollins, $13.99

Ever wonder what Hamlet was up to before the tragic death of his father and the unsavory pairing of his uncle and his mother, Gertrude? In The Lunatic, the Lover, and the Poet, Portland, Oregon writer Myrlin Ambrosia Hermes (she's the offspring of two members of a 1960s San Francisco avant-garde theatre troupe) has fictionally imagined Hamlet's college years and written a prequel to one of Shakespeare's greats â€" and made a great gay adventure out of it.

It's the 16th century, and trusty narrator Horatio is commissioned to translate and then stage a romance-themed play by wealthy, erudite merchant Baron de Maricourt and his baroness Lady Adriane. He could use the cash, so Horatio takes on the project, though once the troublesome translation is completed, our hero is burdened with the task of casting the theatrical production.

Meanwhile, dashing Prince Hamlet, a Divinity student at Wittenberg University, catches Horatio's eye. In an effort to keep him close at hand, he's cast in the play, but in disguise, acting in a female's role. This effort blossoms into more artistic works: a series of romantic sonnets dedicated to the beloved Prince of Denmark. This irritates Dark Lady Adriane, who, by aggressively (and lustfully) insinuating herself into their business, seeks to get to the bottom of the boys' burgeoning attraction.

Enter meddling rival playwright William Shake-spear, who attempts to play both sides of the fence. With an appearance by courtiers Guildenstern and Rosencrantz, the story sets off for waters as yet uncharted in classic literature.

There's plenty of sex (awkward, sensual, and torrid, gay and straight) to be found in the pages of Hermes' curious reimagining. Horatio's first skinny-dipping encounter with Hamlet is a droll, fidgety affair, as he demonstrates great self-consciousness about his penis and its' gangling, inelegant size, so unlike models of classic statuary. He goes on to describe the rest of his body as "scrawny, pale, and ill-prepared, like something plucked for Christmas dinner." Get thee to a gym and a tanning salon!

The novel as a whole is more than a little quirky (and at times perplexing to read), but Hermes colorfully displays a lot of creativity in her reanimation of a timeless figure in classic literature.