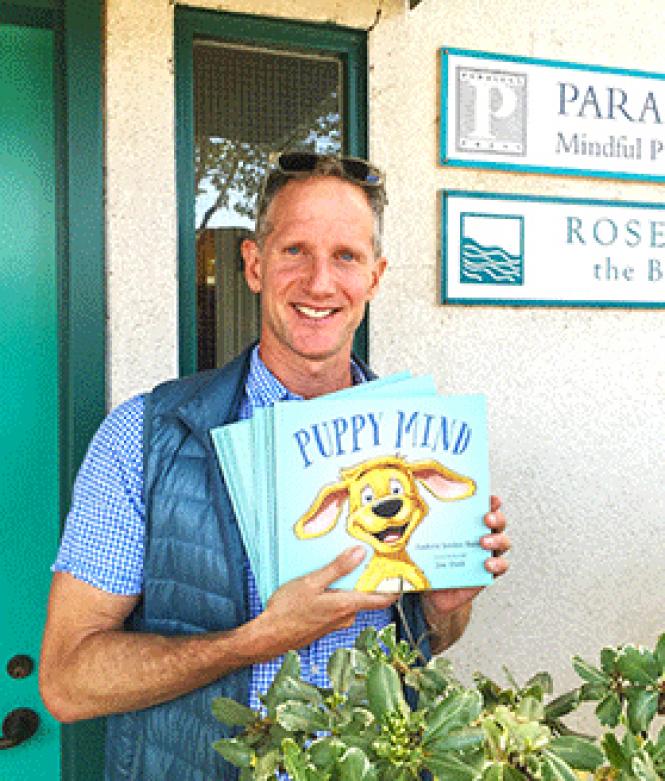 Three years ago, after stepping down from his job with the New Conservatory Theatre Center, the San Francisco-based LGBT theater company where for 18 years he served as the conservatory director, Andrew J. Nance turned his attention toward the science of well-being and how people can achieve happiness in their lives.

He discovered one method was through the practice of mindfulness and was soon certified to teach it to school age students. In December 2014 Nance, 51, began teaching the practice on a volunteer basis to kindergartners at the Dr. Charles R. Drew College Preparatory Academy, a public alternative elementary school in the Bayview.

Using meditation and breathing exercises, mindfulness practitioners focus their thoughts on the present moment instead of past events or future tasks. It has been shown to have myriad benefits, from reducing stress and depression to improving personal relationships and cognitive skills.

"What I tell the kids is mindfulness is the practice of using our breath to force our minds and bodies to make good choices," explained Nance during a recent interview in the Castro, where he lives with his husband, Jim Maloney.

When he sought out more materials to use with students, Nance was left wanting.

"I looked for mindfulness kids' books and what I found wasn't that exciting," he recalled.

Having written and directed children's plays, Nance decided to write his own children's book and hit upon using a puppy as a stand-in for a wandering mind. Told from the viewpoint of a young boy, the resulting book "Puppy Mind" features illustrations by Jim Durk, whose past work has included "Clifford the Big Red Dog" and "Thomas the Tank Engine" books.

The two met through a mutual friend and spent about a year working on the book, whose cover features the smiling face of a puppy, which goes unnamed in the story.

"My director-self created a whole story board and he followed it," said Nance.

On September 13 Parallax Press published their collaboration under its children's imprint Plum Blossom Books. JG Larochette, the founder and director of the My Life Project, which is based in Richmond, California and teaches mindfulness to students throughout the East Bay, introduced Nance, who sits on the project's board, to the publisher.

"I loved the idea, first of all, of getting kids any literature that has a great character. He had what kids love most: A dog," said Larochette. "I love the whole concept for how to teach young kids, 5-, 6-, 7-year-olds, how to be present or in the here and now. It can be challenging for a kid that age."

Larochette said he was most impressed by the fact that Nance has created a way to teach mindfulness to children "without saying the word mindful," as it doesn't appear in the book.

Nance has already written several more children's books on the subject featuring children of different ethnicities. Should "Puppy Mind" do well, he hopes to collaborate with a new illustrator for each additional book in the series, the second of which is called "Just Stop and Breathe" and focuses on a boy who is a crossing guard.

The lesson it imparts, explained Nance, is "when you have big emotions, it is helpful to stop and take a breath."

He is using the release of his first book to publicize a new organization he founded, Mindful Arts San Francisco. It aims to expand the teaching of mindfulness in local schools, and Nance is recruiting other mindfulness practitioners willing to volunteer and teach in kindergarten through third grade classes.

To learn more about it, visit http://www.mindfulartssf.org


Copies of the book can be purchased online for $16.95 at http://www.parallax.org/product/puppy-mind